Karen Khachanov has said he feels Nick Kyrgios’ hurt after the Australian star smashed two tennis rackets following his five-set US Open defeat at the hands of the World No 31. The victory was the biggest of the Russian’s career so far as he reached a Grand Slam semi-final for the first time but he was still keen to offer a classy message to his opponent.

Khachanov was victorious in an epic marathon match that went the distance under the lights at the Arthur Ashe Stadium with the final point won at close to 1am local time. It looked as if Kyrgios could have the momentum after he won a fourth-set tie-break but the Russian quickly stole it back, breaking the Aussie in the first game of the fifth set – an advantage he was then able to hold.

However, Kyrgios will feel he had opportunities to make more of the match, squandering seven break points some of which came at key moments in the third and fifth sets. He took his frustrations about his performance out on two of his rackets after the match, smashing them against the floor of the court.

However, Khachanov felt sympathy for his beaten opponent, appreciating the distress players can feel after they have lost an important match. 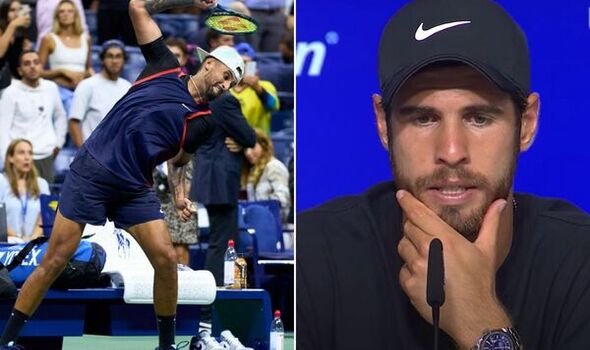 “I think it hurts for him or it would be the same for me if I would lose that match,” he told reporters in his post-match interview. “To be honest, I didn’t look at him after we shook hands. I saw after the racquets were flying. But I feel the pain for him.”

The world No 31 will now play Norweigian star Casper Ruud on Friday for a chance to reach the final and he was bullish about his chances.

“I mean, I would like to win it! The deeper you go, the expectation rises up,” he said “I made the step forward, I made my first semi-final. I have nothing to lose, I want to go for it and be ready for the next match and hopefully it’ll be a good one.”

In contrast, Kyrgios was left devasted by the result. The Australian is still yet to win a Grand Slam and he felt the New York tournament was a could opportunity to arrest this record. 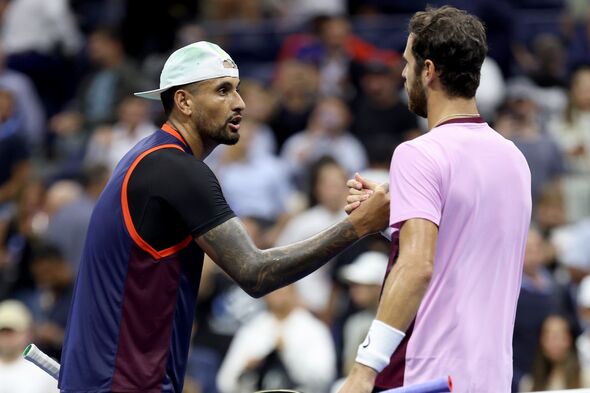 “I feel like s***,” he told reporters in his post-match press conference. “I feel like I’ve let so many people down. I feel like these four tournaments are the only ones that ever are going to matter. You got to start it all again. I have to wait till the Australian Open.

“It’s just devastating. Like it’s heartbreaking. Not just for me but for everyone I know who wants me to win.”