John McEnroe has issued a fiery response to Rafael Nadal after the 22-time Grand Slam champion demanded talks with the American. McEnroe criticised the Spanish superstar during his US Open first-round clash with Rinky Hijikata due to the amount of time he was taking between serves and suggested the player receives preferential treatment from umpires.

Following McEnroe’s comments, Nadal told reporters at a press conference: “I think it’s a joke. I went through a lot of warnings through my tennis career and never for breaking a racket or for doing a mess on court. But yes I have for the time clock.

“The problem for players like me who are sweating a lot, you know when you go to pick up the towel you will be in trouble with the time, so I’m not going very often.

“I am following the rules. If I am having more than 25 seconds I receive a warning every single time. If not, check the clock. I don’t think I’m receiving different treatment at all. I don’t understand why John can say that on the TV but I am going to have a chat with him later.”

JUST IN: Raducanu outlines plans for rest of the year after US Open exit 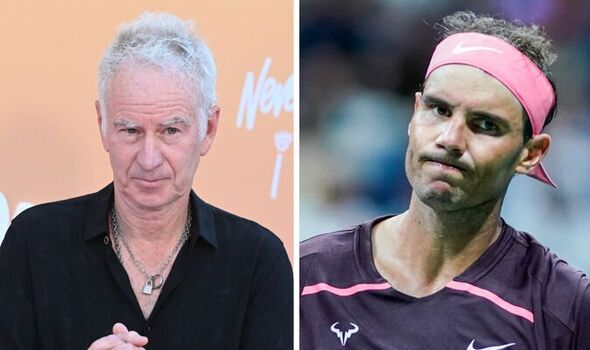 McEnroe was shown the footage of Nadal’s take on the situation as part of his punditry work for Eurosport. And he didn’t hold back with his follow-up comments.

“Why did they throw me under the bus,” exclaimed the seven-time Grand Slam winner. “We haven’t had that talk. But let me just add that he didn’t let me finish, whoever that dumb journalist was. Rafael Nadal is entitled to do whatever the hell he wants. That’s part of why you get as good as you are. You’ve got to deal with that – and it’s not up to him. 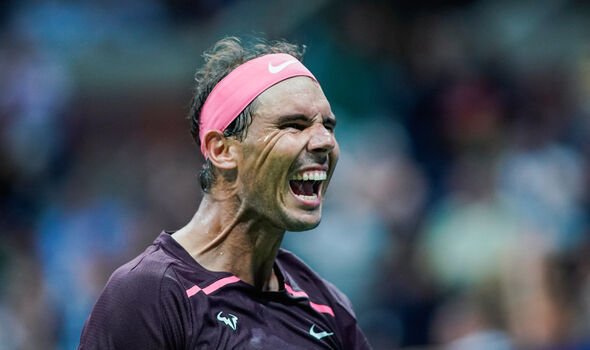 “We all know that he’s been doing this for the past 10 or 15 years. There’s nothing new to that. It’s not his call – it’s the umpire’s. By the way I think it’s BS anyway, that thing. No one pays attention to that. It should be automatic if you’re actually going to do it, right.

“When do they turn it on? When do they do it? Is it at the end of the point, is it when they get to the towel, is it when the crowd comes down? Now Nadal thinks I said that his legacy has been stained because he takes too much time. Jiminy Cricket.”