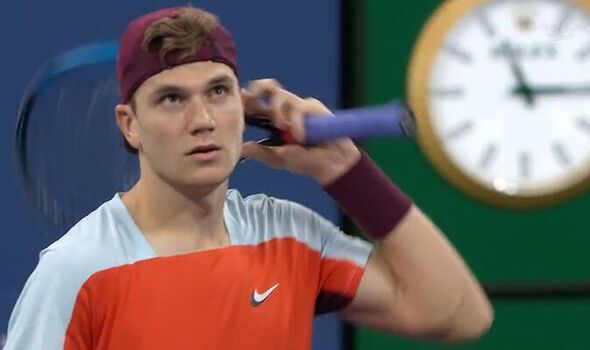 Jack Draper recorded the biggest win of his career by destroying No.6 seed Felix Auger-Aliassime at the US Open. And the 20-year-old then called his achievement of breaking into the world’s top 50 for the first time as “mad”.

The British No.4 has followed in the footsteps of Emma Raducanu by taking his first two matches at the US Open without dropping a set.

And the manner of his dismantling for the world No.8 6-4 6-4 6-4 showed he is also destined for great things.

Draper, the son of former LTA chief executive Roger, started the year as world No.265 after struggling with injuries in recent years. But he now joins Cam Norrie, Dan Evans and Andy Murray in the top 50 – the first time four British men have been ranked so highly.

“Mad really,” said Draper, who started the tournament ranked No.53. “My target at the start of the year was two things: stay injury-free and try to break the top hundred. Obviously I’m going to be top 50. 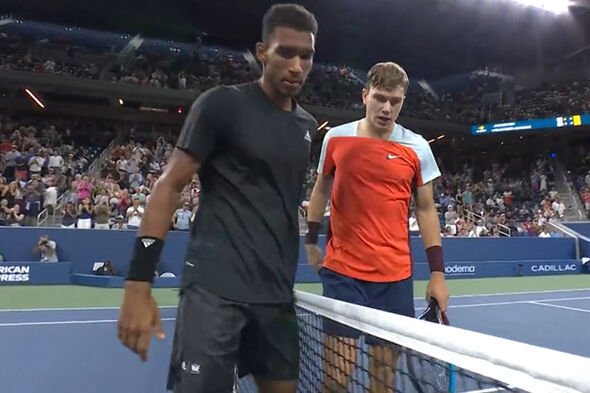 “I’m obviously very proud of myself. It’s a nice thing for all my hard work that I’ve put in on a daily basis with the people that care about me and support me. Hopefully onwards and upwards from here.”

The big left-hander entered the final Grand Slam of the season in fine form after beating world No.5 Stefanos Tsitsipas in Montreal last month.

But this was a Grand Slam. And playing in only his third Major, Draper showed belongs on the big stage with his stunning win in the Louis Armstrong Stadium.

He took the second set with an ace and finished the match in composed style with a serve and forehand volley. Draper then bent over and screamed in celebration.

“What was going through my head? Just all the hard work that I’ve put in the last few years is for these moments. Obviously myself it means a lot to, but all the people around me that support me on a daily basis, that go through the highs and lows with me. This is a great moment.I’m proud of the way my body held up as well. I felt mentally, physically, in a good place. Not so easy against someone as physical as Felix. A lot of emotions. I’m obviously happy with myself.”

He will now face No.27 seed Karen Khachanov in the third round – the Russian who beat British No.1 Cam Norrie at the same stage at the French Open.