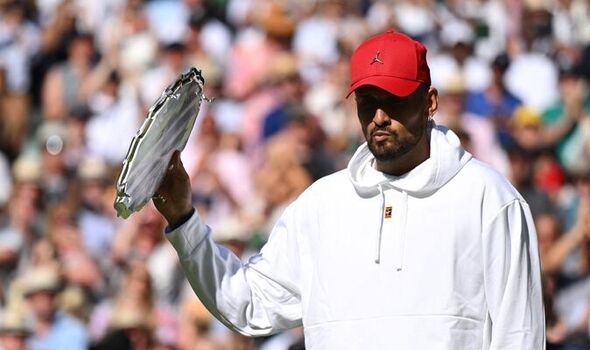 Nick Kyrgios has shared a post to social media after losing the Wimbledon final to Novak Djokovic. The world No 40 took the opening set before losing 4-6 6-3 6-4 7-6(3) and was in good spirits during his runner-up speech but has now admitted he is “sad” not to walk away with the trophy.

Kyrgios made it to his maiden Grand Slam final at Wimbledon, where he faced none other than defending champion Djokovic. It was a strong start from the world No 40, who took the opening set 6-4 in just half an hour, but he went on to lose in four sets as the Serb picked up his seventh Wimbledon and 21st overall Grand Slam title.

He was in good spirits following his defeat, making a joke about his turbulent relationship with umpires and admitting he was “exhausted” after reaching the championship match. But the 27-year-old has now admitted he is “sad” to have lost the final.

His girlfriend Costeen Hatzi shared a photo of Kyrgios holding his runner-up plate standing next to Djokovic with his trophy, writing: “So proud. What an achievement, I love you so much.” But the Aussie’s reply came with two sad-face emojis as he reposted it and wrote: “I love you tho but I’m sad.” 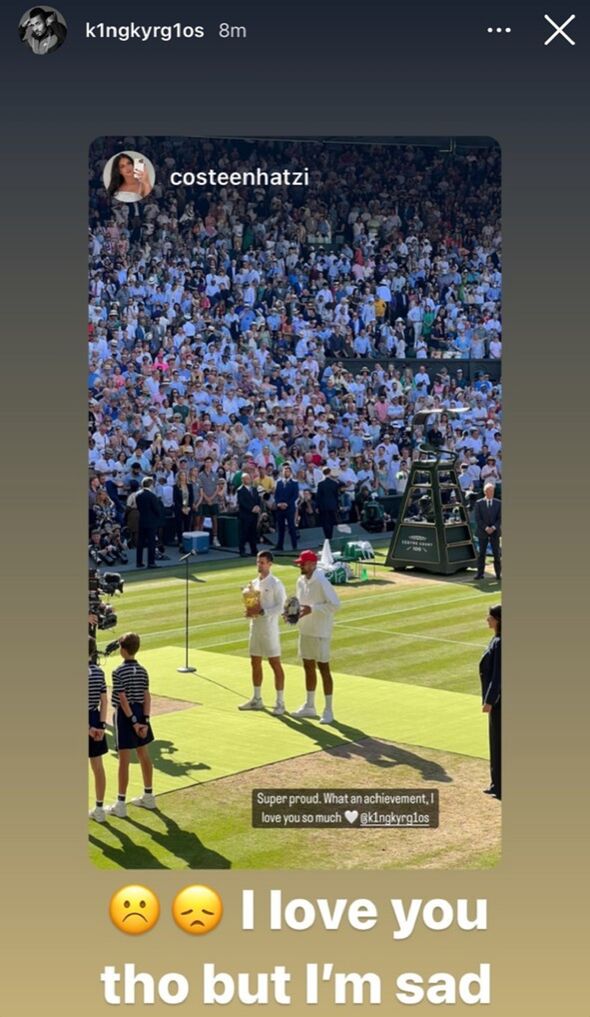 Kyrgios was full of jokes immediately after his defeat, as he started his on-court interview by saying Djokovic was “a bit of a god, I’m not gonna lie.” He then extended his thank-yous to chair umpires, who he famously hasn’t gotten on with in the past.

“Ball kids, umpires – I know you and I have a very tough relationship, thank you for putting up with it,” he laughed. And asked whether he was hungry for more after coming close to a maiden Grand Slam title, he joked: “Absolutely not. I’m so tired honestly. Myself, my team, we’re all exhausted. We’ve played so much tennis.” 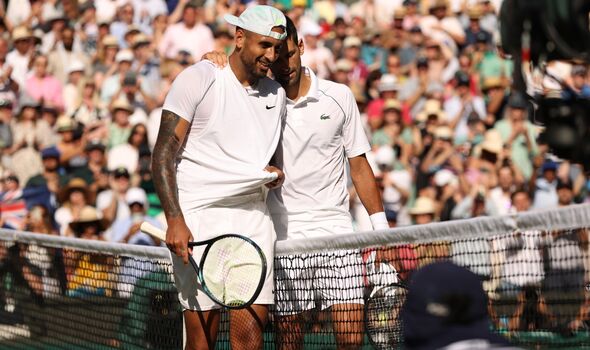 And Djokovic joined in on the fun during his own victory interview, finally giving into the idea that he and the Australian had formed an unlikely “bromance”.

“I never thought I’m going to say so many nice things about you, considering the relationship,” he laughed, adding: “Okay, it’s officially a bromance.”