Dan Evans answered his own questions on Monday night about whether a recent bout of Covid would have badly sapped him for the US Open.

When his energy levels plummeted in the second set of his first round against Brazil’s Thiago Monteiro it seemed his worst fears were to be confirmed.

Yet in the steaming heat the British No 1 managed to rally, and he ended up running away with a 6-3 6-7 6-4 6-1 victory, aided by self-administered ice treatment at the changeovers. 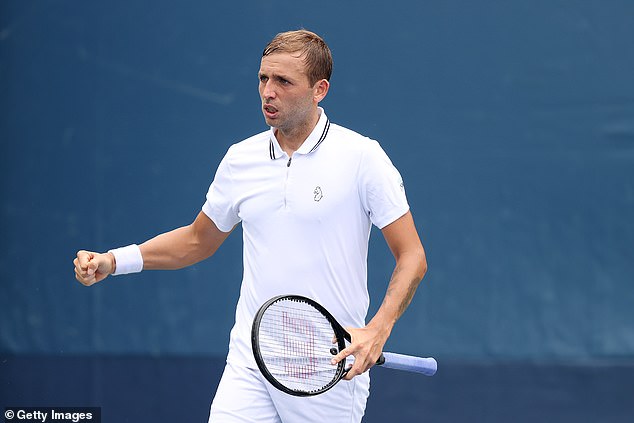 Evans was left awaiting the winner from last night’s match between American Marcus Giron and Frenchman Antoine Hoang By making the second round he maintained his record of winning at least one match in his five US Open main draw appearances, the Grand Slam where he has performed the most consistently over his career.

Evans has been frustrated by his overall record at the Majors, relatively modest compared to some of the success he has had on the wider tour during his second coming.

His form since missing the Olympics due to the virus had gone missing, and lefthanders like Monteiro are not always his favourite opponents. 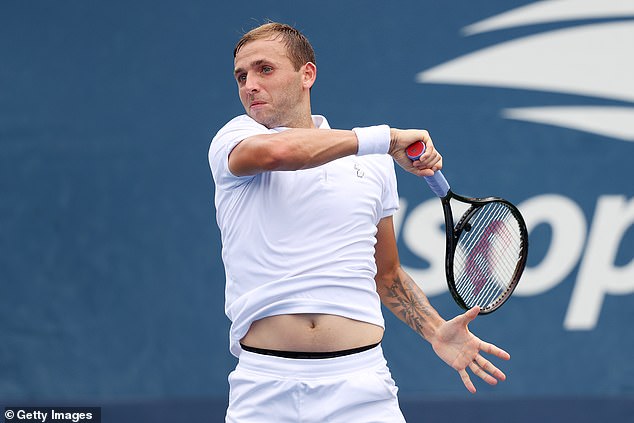 But the 31 year-old Midlander used his full repertoire of skills to disrupt his opponent’s baseline game, and he was particularly impressive with his deft volleys.

Mindful that he wanted to keep the points as short as possible, he kept darting in and won 50 points in all at the net.

The key point in the match came on his second set point in the third.. Monteiro was given a second time violation which denied him a first serve, and Evans took full advantage. That allowed him to get off court after a gruelling three hours and 34 minutes.