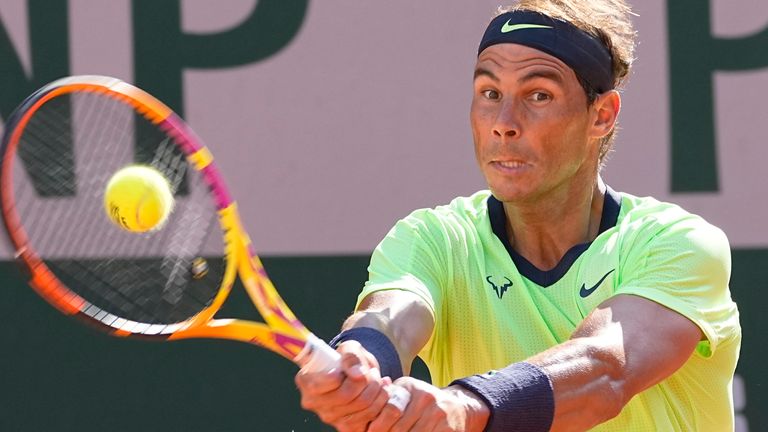 Rafael Nadal booked a quarter-final meeting with Diego Schwartzman, after a 7-5 6-3 6-0 victory over Jannik Sinner on Monday afternoon in Paris.

The straight-sets victory means the 13-time champion has now won 35 sets in succession at Roland Garros.

Against Sinner, Nadal weathered a spot of early pressure. He found himself 5-3 down in the opening set, before easing into a higher gear and never looking back.

Once Nadal had fully settled, he overpowered his teenage opponent and had the right answer to every question that Sinner posed.

The 35-year-old finished the contest having won 81 per cent of points on his first serve and forced Sinner into making 40 unforced errors.

Down to the final 🎱 at #RolandGarros

Who will advance to the semi-finals?

The world No 10 Schwartzman awaits Nadal next, before a potential semi-final contest with Novak Djokovic, if he overcomes Matteo Berrettini.

Nadal and Schwartzman have met 11 times previously, including in the semi-finals last year, and despite the Spaniard holding a 10-1 record, he’s not underestimating the 28-year-old.

“Against him I need to play well,” Nadal said. “I think I am [playing well] but of course he’s coming to it with confidence after playing some great matches here.

“So, let’s see… it’s the quarter-finals of probably the best tournament in the world, you can’t expect an easy opponent in front of you.”