Roger Federer announced his retirement from tennis on Thursday and, now, coach Severin Luthi has opened up on some behind the scenes discussions between the two men. The 41-year-old has been plagued with knee problems in recent years. And, after 20 Grand Slam titles, he’s set to bid goodbye to tennis after next week’s Laver Cup.

Federer won the lot during his career, with the Swiss maestro claiming 20 Grand Slam titles – with only Rafael Nadal and Novak Djokovic managing more.

On Thursday, he stunned the world by announcing his retirement – confirming next week’s Laver Cup in Basel will be the last tournament he plays in.

And Luthi has now opened up on discussions he had with the veteran behind the scenes, revealing they talked three times and that Federer was relaxed about the prospect.

“Roger makes it easy for us,” Luthi told Simon Graf.

“Of course, it was an emotional decision for him. Otherwise, he would never have been able to achieve so much at this level.

“There’s a lot of passion behind it. But he is always so positive about everything. 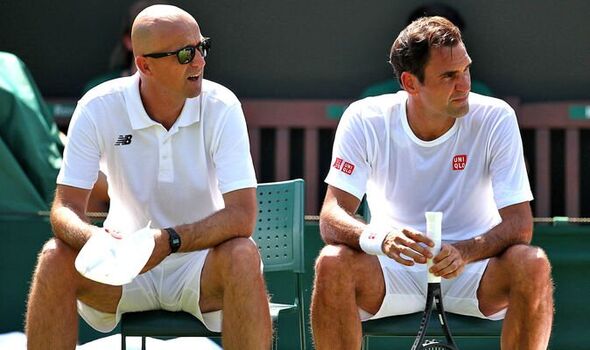 “It would be harder for me if he was totally devastated. How he processes the whole thing helps me, too.

“Roger has called me two or three times today to ask how I’m doing. He’s always thinking about the others, too. He’s fine, he’s with his family.

“I think we should now focus not only on the end of his career but above all on everything he achieved. All these beautiful successes.

“People should not only be sad but also happy about all the things they could experience with Roger.”

On the Laver Cup, Luthi has claimed Federer will give everything to play in the tournament as he seeks a last tennis swansong.

“He will try to play. Whether that’s in singles or doubles, we’ll see,” he said. 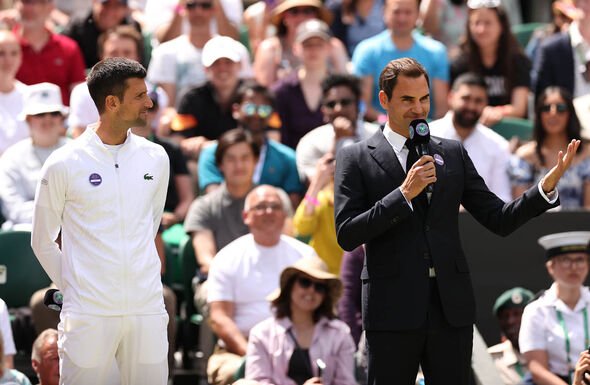 “He wants to be on the team and try to play. Roger doesn’t want to put himself above the Laver Cup.

“But I think the reactions will be overwhelming. There will be chicken skin moments.”

Federer won his first Grand Slam at Wimbledon way back in 2003, when he got the better of Mark Philippoussis in the final.

He then proceeded to claim seven more Wimbledon crowns over the years, with his last coming in 2019 when he was able to overcome Marin Cilic in the final.

Federer won five and six Grand Slam titles at the US Open and Australian Open respectively.

And he claimed the French Open back in 2009, with the 41-year-old beating Robin Soderling in the final that year to end his agonising wait for the trophy. 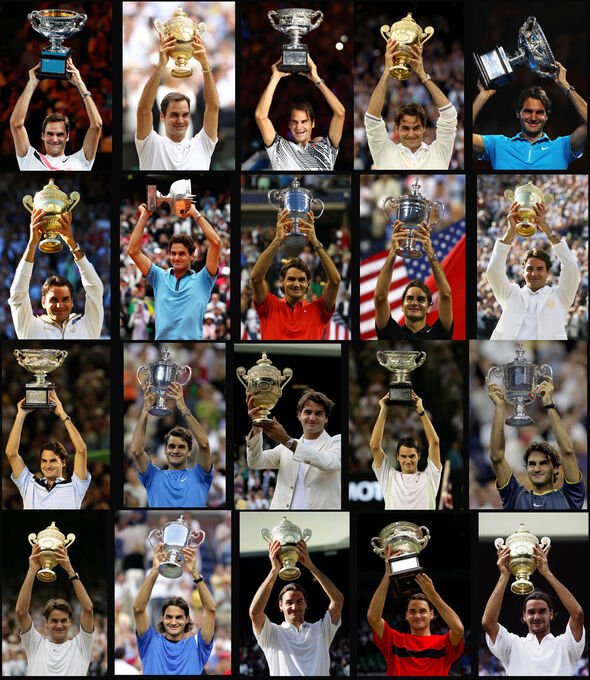 In his retirement statement, meanwhile, Federer thanked those in his inner circle for all their support over the years.

“Tennis has treated me more generously than I ever would have dreamed, and now I must recognise when it is time to end my competitive career,” he said.

“I also want to thank my four wonderful children for supporting me, always eager to explore new places and creating wonderful memories along the way.

“Seeing my family cheering me on from the stands is a feeling I will cherish forever.

“I would also like to thank and recognise my loving parents and my dear sister, without whom nothing would be possible.

“A big thank you to all my former coaches who always guide me in the right direction…you have been wonderful!

“And to Swiss Tennis, who believed in me as a young player and gave me an ideal start.

“I really want to thank and acknowledge my amazing team, Ivan, Dani Roland and particularly Seve and Pierre, who have given me the best advice and have always been there for me.”

And he also said: “Through my travels, I have met many wonderful people who will remain friends for life, who consistently took time out of their busy schedules to come and watch me play and cheer me on around the globe. Thank you.

“When my love of tennis started, I was a ball kid in my hometown of Basel. I used to watch the players with a sense of wonder. They were like giants to me and I began to dream.

“My dreams led me to work harder and I started to believe in myself.

“Some success brought me confidence and I was on my way to the most amazing journey that has led to this day.

“So, I want to thank you all from the bottom of my heart, to everyone around the world who has helped make the dreams of a young Swiss ball kid come true.”