Emma Raducanu booked her spot in the quarter-finals of the Transylvania Open by seeing off Ana Bogdan in straight sets on Thursday.

On Tuesday, the 18-year-old secured her first WTA win since her US Open triumph last month, and she followed it up here with a 6-3 6-4 victory over her Romanian opponent, who was playing on home soil.

British No1 Raducanu, whose father is Romanian, was forced to fight in the first game in Cluj, saving three break points en route to a battling hold of serve.

The second game, however, was much more straightforward for Raducanu, who recorded an early break to love for a 2-0 lead.

There was no room for complacency by the Briton, though, and she demonstrated an awareness of that fact by mixing up her play nicely in the third game, kicking off another hold with a tidy serve and volley.

Bogdan finally got on the scoreboard with her own hold for 3-1, making Raducanu miss while also hitting the shot of the match so far – a cross-court backhand winner that found the line.

Raducanu then showed some neat net play again in a closely-contested game, punctuating a clinical one-two serve and drive volley combination with a shout after bringing up game point. The teenager would ultimately hold after being pushed and pulled around the court by her opponent’s varied shot depth.

Bogdan showed further spirit as the set followed serve, until a series of misses by the Romanian handed the first frame to Raducanu, 6-3.

The US Open champion pushed on with an instant break at the start of the second set, with her best serving of the match then helping her move into a 2-0 lead.

Bogdan responded with a hold and then her first break of the encounter for 2-2, to her audible delight. The Romanian then saved break point in the following game, before gaining advantage with a drop shot and clever, volleyed lob.

Bogdan, ranked 406th in the world, converted the advantage to take a 3-2 lead in the set, but the decisive break came two games later. 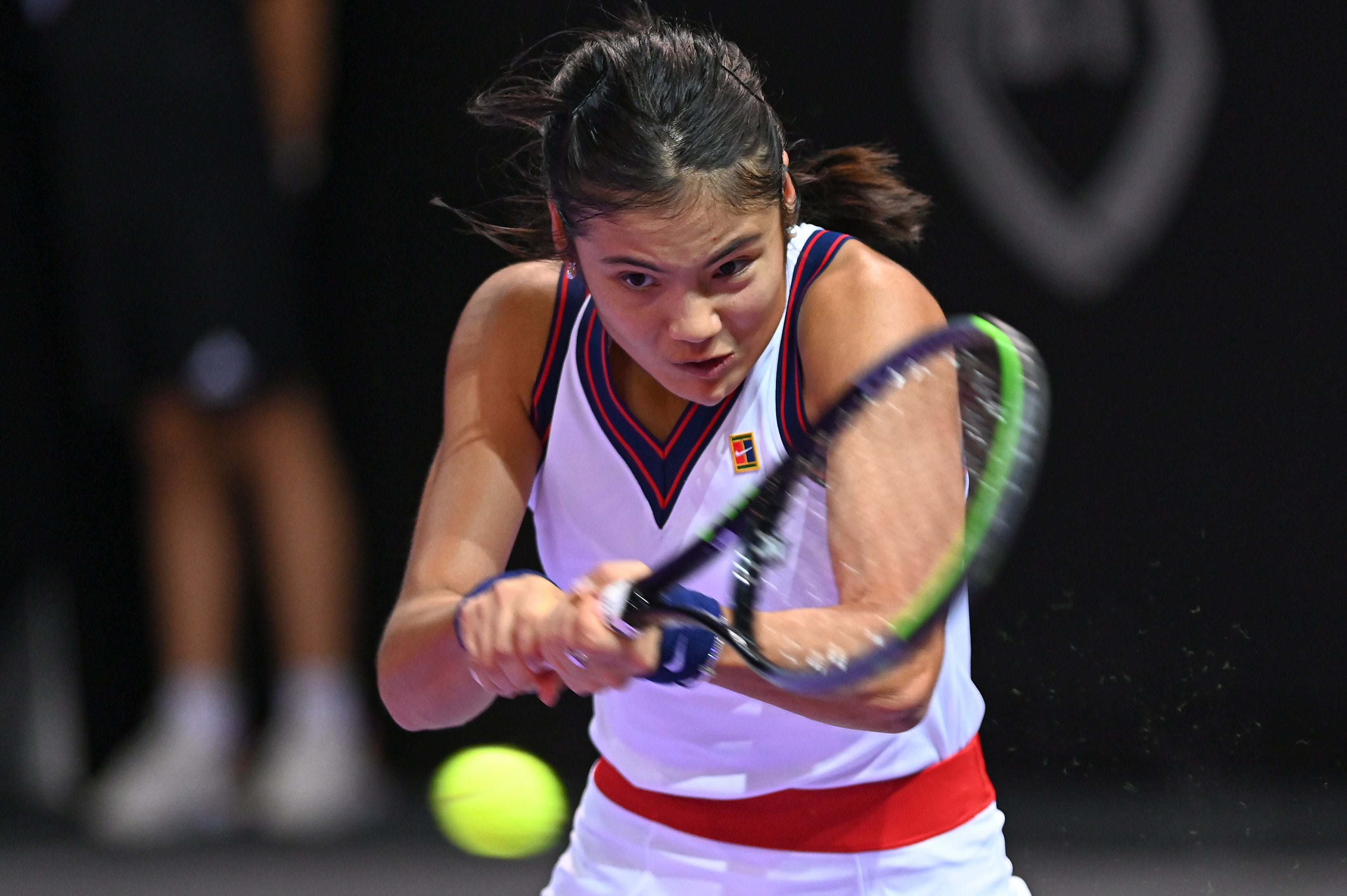 Raducanu in action in Cluj

After fighting hard to hold serve, Bogdan was broken as Raducanu edged ahead. The Briton consolidated the break with another hold to move within one game of the quarter-finals, though the defiant Bogdan remained in the match – forcing Raducanu to serve it out.

The 18-year-old did just that with her most comfortable service game of the last-16 tie, securing a 6-3 6-4 win after 91 minutes on court and setting up a quarter-final clash with Ukraine’s Marta Kostyuk.

“It was so good to play a Romanian,” Raducanu said in her post-match interview.

“I just loved playing against Ana, who’s a great opponent.

“I’m just taking some learnings from every match, I don’t think I’m the finished product yet.”

Raducanu then put her Romanian to practice while answering further questions, as she had done following her first-round victory over Hercog.

Raducanu takes on Kostyuk in the Transylvania Open’s last eight on Friday.