Emma Raducanu ‘really sad’ to leave US Open in August

Emma Raducanu has claimed her slip down the rankings to her current world No 77 is “payback” for her US Open win last year. The Brit has struggled at Grand Slams since her win in New York, but she has a plan of how to get back on track ahead of the Korea Open.

After defeat in the first round to Alize Cornet in her attempt to defend her US Open, she also suffered a recent second-round exit to Anna-Lena Friedsam despite being the number one seed at the event. The 19-year-old takes on Moyuka Uchijima in the first round of the Korea Open on Wednesday and admitted she will benefit from plenty of matches and training going forward.

“I would obviously love to win a title, and to be honest, I think that it doesn’t matter at what level,” Raducanu said. “I think now just playing a lot of matches is something that I could really benefit from.

“I know that I was meant to go through the development year at some stage, and I completely skipped it last year, so I know that I need to do the hard yards now. And it’s sort of payback for winning the US Open with very little practice or work.” 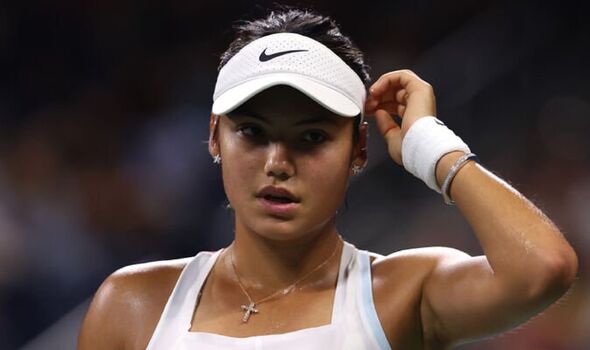 Raducanu said that she has been upping her training regime and the British No 1 is putting in “more hours than I’ve ever really trained before”, though she is aware of the effects that could have on her. “That might leave me tired occasionally,” she continued. “In some matches, I might feel it more than others. But I’m just going to commit to this to get fitter and stronger, and next year I’m going to have a lot more tolerance to high intensities.”

After her defeat in Slovenia, Raducanu received support from fellow Brit Harriet Dart. “It’s huge to remember that on any given day, anyone can win,” Dart told Express Sport. “There are not many matches where you can turn on the TV – especially in women’s tennis – and it’s a quick match. 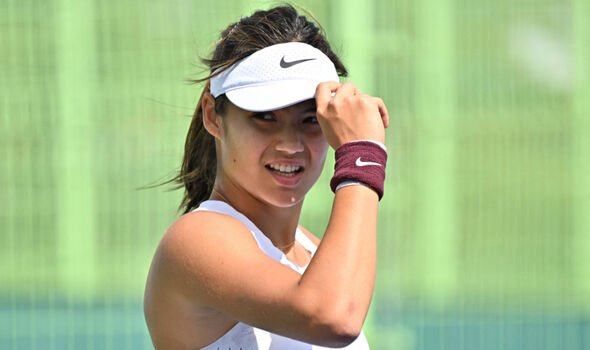 “The level has gotten so strong and deep across the board, which is why what Emma did was so incredible. It was super inspiring. She’s very young and to be able to handle everything that was thrown at her was very special.”

Tottenham fan Raducanu has stated her admiration for Son Heung-min after his hat-trick off the bench for Antonio Conte’s side against Leicester, but less for his goals and more for the work the South Korean does in Asia.

“I really resonate with him, and I think that what he’s doing for sport and football in Asia and in Korea especially is massive,” Raducanu said. “I think that there are going to be a lot more future athletes coming from this side of the world.”