Emma Raducanu is hoping to delay visiting her grandmother for a few more days as she looks to build on her first WTA Tour win at the Transylvanian Open.

The 18-year-old, who is already a grand slam champion after her stunning success at the US Open last month, broke her duck on the main women’s tour on Tuesday as she beat Polona Hercog in Cluj

Raducanu’s father, who is travelling with his daughter this week, is Romanian and the plan is to go and visit his family in Bucharest after her run at the tournament ends.

She is hoping that will not be any time soon as she looks to follow up her maiden victory with another against Ana Bogdan on Thursday.

Bogdan may be Romanian, but the people in Cluj, who are unable to watch live because of Covid restrictions, are supporting Raducanu as if she was one of their own.

“I feel like I am playing at home, I am getting so much support,” she said. “Everyone is just really helpful and friendly in anyway they can.

“It is really nice to be here and I really want to extend my stay here. It means so much to me, I just love the country and playing here.

“That’s why I was fighting, I don’t want to leave just yet, I want to see my grandma but just wait a few days, I want to play here in Cluj.

“Everyone has been so welcome, it has been a surprise. The Romanian girls have taken me under their wing so I am really grateful.” 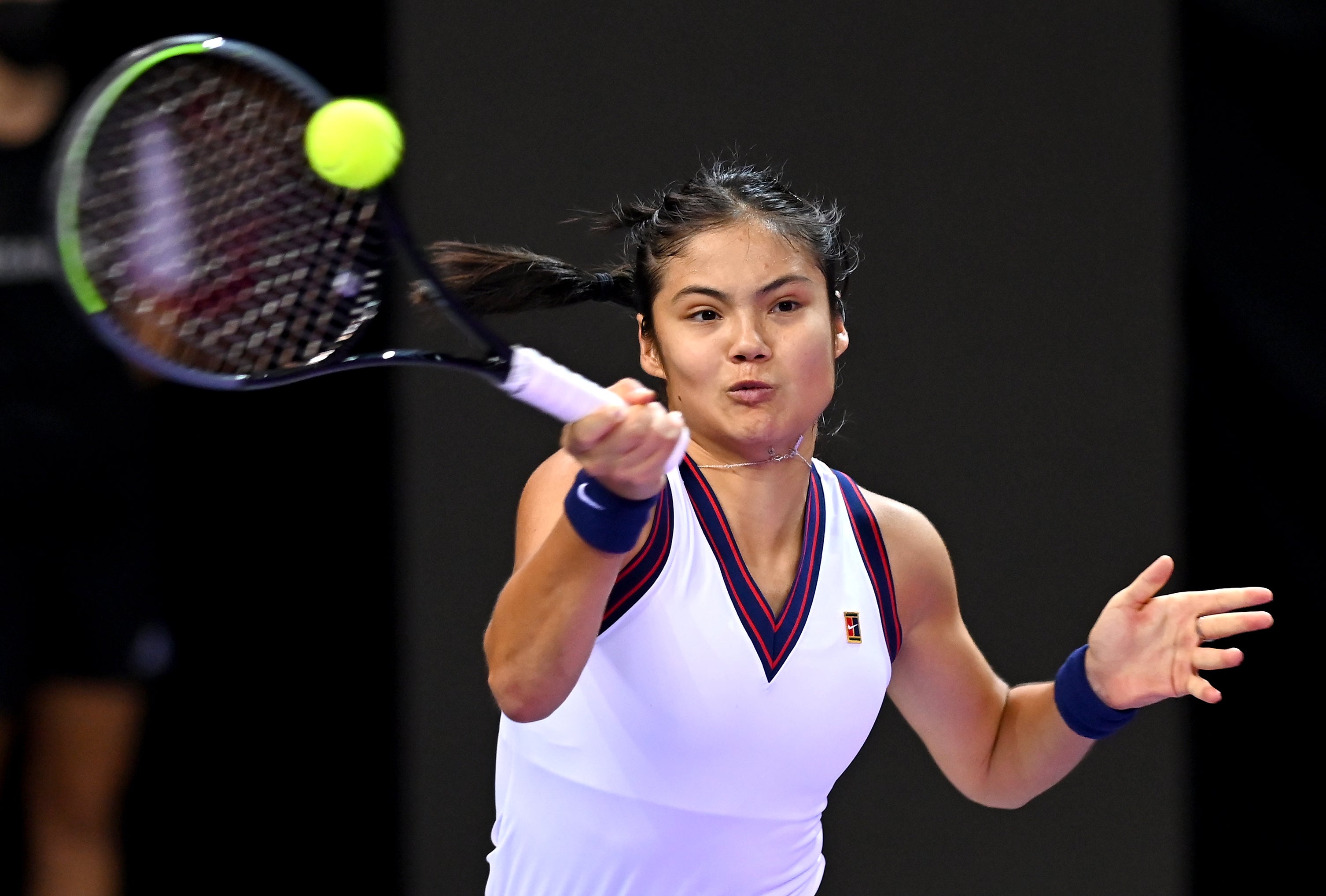 This is just Raducanu’s fourth Tour-level tournament, so in every sense she is still a novice learning her way, albeit with a sizeable piece of silverware in her trophy cabinet.

That win in New York has put a target on her back, but the teenager is not feeling any pressure.

“I don’t feel like I have a target on my back, even if there is pressure, I don’t really think there is from outside pressure, the only pressure is from myself,” she added.

“Even if there is pressure it’s something you learn to deal with and I actually quite enjoy playing with a bit of adrenalin.

“I know that win meant a lot to me to get through that so I can take confidence and loosen up for the next match. Now I feel like I have settled in a bit better, I am used to the court, I have played a match in the conditions.”