Emma Raducanu succumbed to an early defeat at the 2022 Ostrava Open. She was conquered by Daria Kasatkina by the score of 7-5, 6-4.

Playing her first match since retiring from Korea Open semi-final last month, the British number one was relatively solid on serve in the first half of the first set. However, the world number 11 broke through at 4-4 which left her with a golden opportunity to serve for a 1-0 lead.

But the resiliency of the former US Open champion shone through as she broke back to level up at 5-5. But Kasatkina continued to apply the pressure and broke her opponent for the second consecutive time, and this time made no mistake on serve as she closed out the first set 7-5.

As Raducanu tried to be more aggressive, errors continued to flow and at 2-2, she was broken for the third time in the match. Down 2-3 at the changeover, the British star looked a little forlorn as her concerned coach Dmitry Tursanov watched on from the stands.

JUST IN: Sue Barker claims Emma Raducanu missed out on ‘fun’ after winning US Open 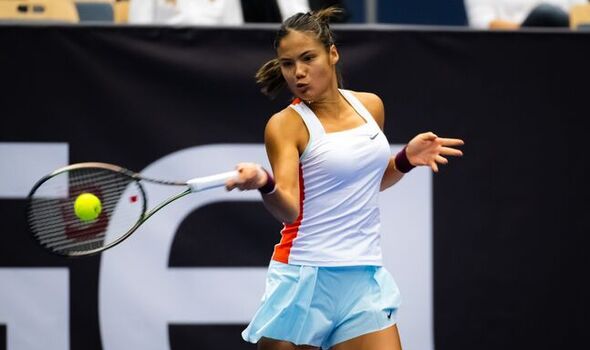 Kasatkina soon forged into a 4-2 lead and after finding herself down 0-15 in her following service game, Raducanu dug deep to find some clutch serves and stayed in touch at 4-3. The world number 67 continued to try and force the initiative, but more mistakes continued to flow from her racket, before Kastkina finished off her next service game with a beautiful forehand winner down the line.

Raducanu showed great court coverage and shot selection in the penultimate game of the match, holding to love and forcing her opponent to serve for the match. Kastkina stayed calm and converted her second match point to progress to the next round in and hour and a half.

The Brit was unable to back up her appearance in the semi finals of the Korea Open last month, the first time the tennis star managed that since winning in New York in 2021. It was a tricky opening round draw for the former US Open champion, who lost her first meeting with the Russian. Kastkina will now play Ekaterina Alexandrova in her next match. 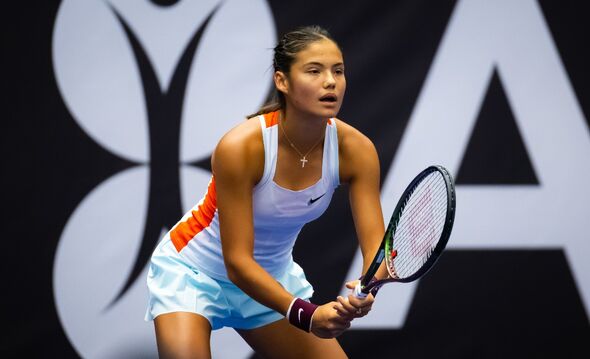 Raducanu will now turn her attentions to the Transylvania Open in Romania next week. The teen’s father is from Romania and after enjoying her time at the event last year, she is thrilled to be returning.

“I had a really fun time last year in Cluj. The people were amazing and made me feel so, so welcomed,” Raducanu said. “So, I’m really excited and happy to say that I’m coming back again this year.”

“Whenever I can, I love to go back to Romania, that’s where my dad came from. I have so many positive and happy memories from there so I am really looking forward to coming back. See you soon.”