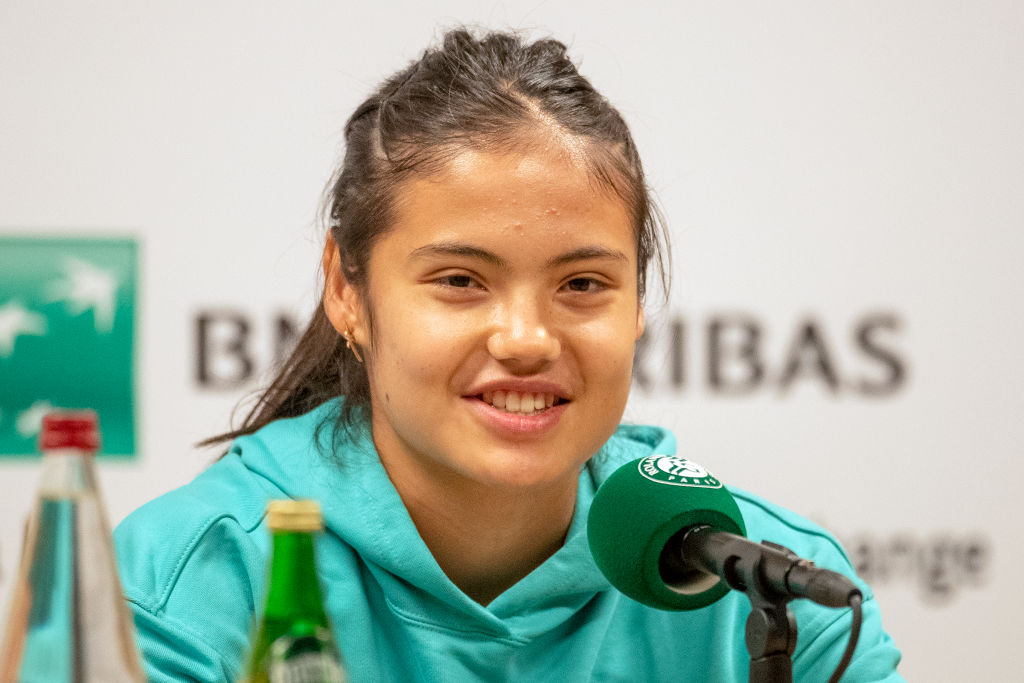 Emma Raducanu declared herself fit for the French Open after concerns over a back problem.

The US Open champion retired during the second set of her opening match at the Italian Open in Rome last week against Bianca Andreescu, saying she was unable to move properly.

Raducanu headed home to have the problem assessed but was given the all clear and is gearing up for her senior debut at Roland Garros, where she is the 12th seed.

Asked if she could have been forced to miss the year’s second grand slam, Raducanu said: ‘It was definitely thrown into question. But, at the end of the day, I’m just learning, feeling it out. I got the all clear to continue with preparations and see how things go.

‘Last week after Rome I definitely had to slow down that week, but this week I have been training and luckily being able to practise all of the shots. It feels good to be able to move freely and just run around. It’s quite fun. I have been preparing as normal the last few days.’

Raducanu remains without a permanent coach following her split from Torben Beltz and is again being supported by the Lawn Tennis Association’s head of women’s tennis, Iain Bates, in Paris.

The teenager is continuing a pattern from her junior days of getting advice from different coaches rather than working with just one person and has been drawing on the knowledge of doubles guru Louis Cayer, while at the start of the clay season she attended the academy of renowned Italian coach Riccardo Piatti.

Raducanu only played her first professional clay-court match last month but, perhaps helped by lower expectations, has produced her best form since the US Open.

She won back-to-back matches in both Stuttgart and Madrid and pushed rampant world number one Iga Swiatek harder than most of her opponents over the past few months.

‘I have definitely learned that I can adapt to this surface much faster than I probably thought, and about how to stay in the point, and I think my movement on defence has also improved a bit,’ said Raducanu.

‘You don’t have to always just grind it out. Sometimes you can put your hard-court game on a clay court, as well. It’s just finding the balance.’