Emma Raducanu has continued her record-breaking run by becoming the first woman born in 2002 or later to enter the top 10 in the WTA world rankings. The 19-year-old has moved up one place to become world No 10, despite the fact she suffered heartache at Wimbledon last month when she was knocked out by Caroline Garcia in the second round.

Raducanu’s rise to prominence has been nothing short of remarkable over the last 12 months. The teenage sensation hadn’t even played a tour-level match before last June but stunned the tennis world when she lifted the US Open trophy in September.

Raducanu had to win three qualifiers just to take her place in the main draw at Flushing Meadows. But she didn’t drop a single set in those encounters or in her seven other matches as she illustrated her prodigious talents on the big stage.

And in winning the tournament, the Bromley-based youngster became the first qualifier in history – male or female – to win a Grand Slam title. She was also the first British woman to win one of the four majors since Virginia Wade lifted the Wimbledon trophy in 1977. And the ace was the youngest Grand Slam champion since Maria Sharapova won Wimbledon in 2004 as a 17-year-old. 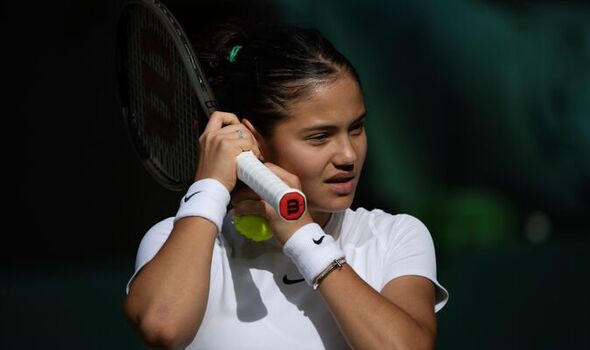 Raducanu has struggled to back her success up over the last 10 months as she has suffered with a string of injury problems during matches. But her physical issues haven’t prevented her from spiralling up the world rankings. 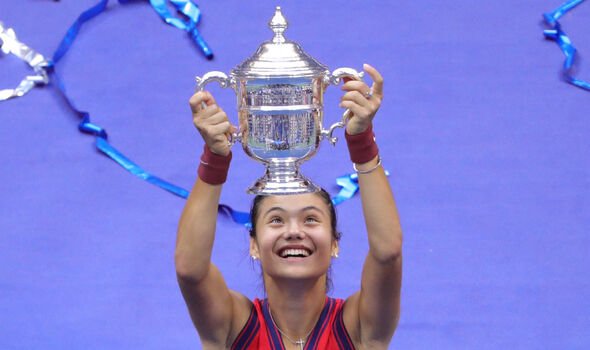 Following her loss to Garcia, Raducanu hit back at suggestions she was feeling the pressure and admitted she was looking forward to returning to New York for the US Open, which is due to get underway at the end of next month. “I am 19 years old,” she told reporters. “Yes, I have had attention. But I’m a Slam champion – so no one’s going to take that away from me.

“If anything, the pressure is on those who haven’t done that. Why is there any pressure? I’m still 19. Like, it’s a joke. I literally won a Slam. Going back to New York, it’s going to be cool because I have got a lot of experiences playing on big courts, playing with people in the stadium, playing with the spotlight on you. I don’t mind that.”