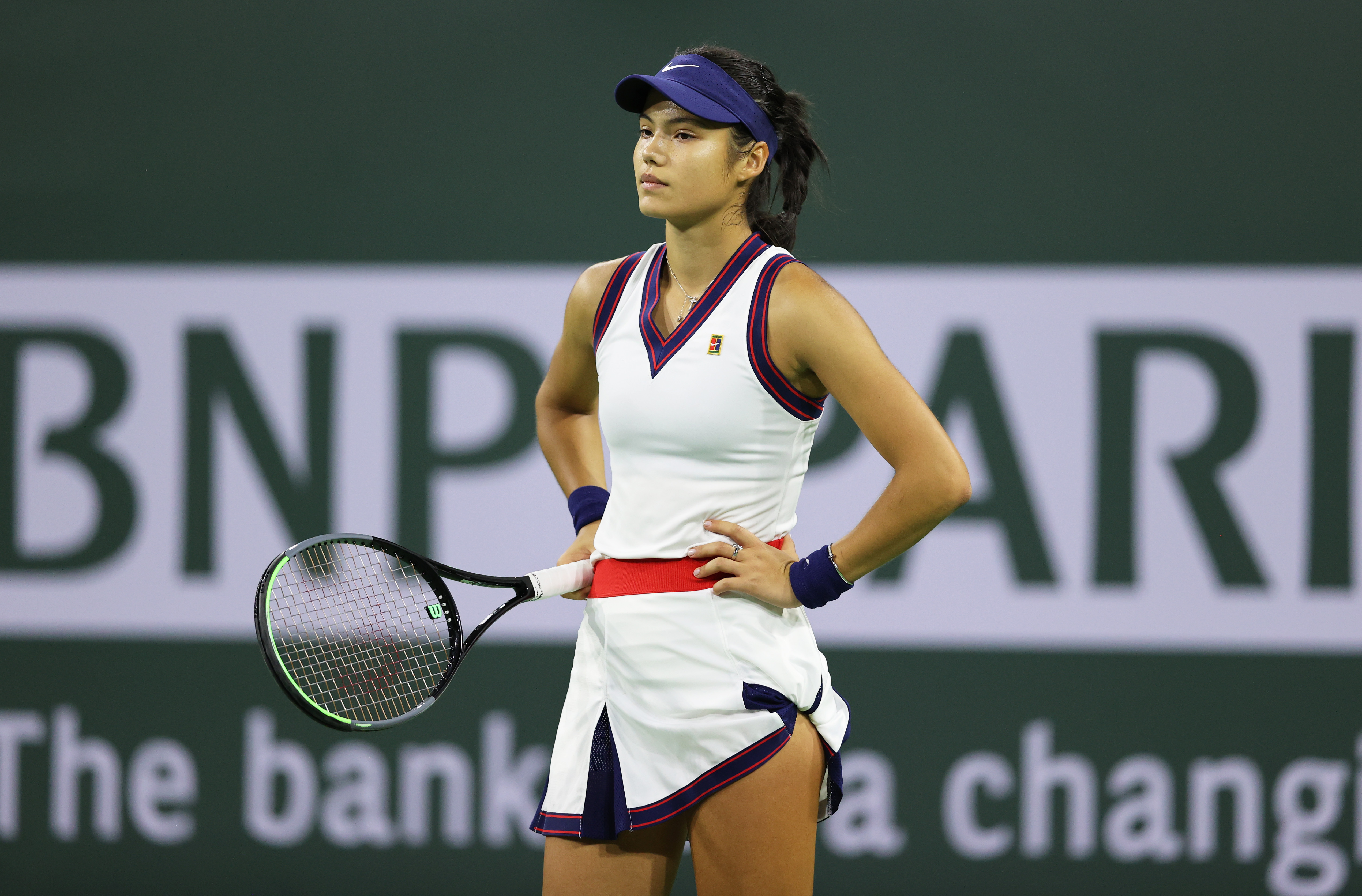 Emma Raducanu has called for patience as she begins the next chapter of her tennis career following her meteoric rise to becoming US Open champion last month.

The 18-year-old became the first ever qualifier to win a Grand Slam as she went the entire tournament without dropping a set in what was only her second ever appearance at a Grand Slam.

Raducanu began her US open campaign ranked 150 in the world rankings but shot up to the world No. 23 spot with her title and has ultimately become one of the sport’s biggest stars in just a few weeks.

Her first appearance since winning in New York ended in defeat at Indian Wells as she suffered a straight sets loss to Aliaksandra Sasnovich.

All eyes will be on Raducanu when she takes to the court against Polona Hercog in the Transylvania Open this afternoon but she has asked for patience from the world of tennis with expectations high.

‘I don’t think there is any pressure on me,’ the British No.1 said. ‘I feel like everyone should just be a little patient with me.

‘I feel like I am the same person. I still go out there, approaching the same as before.

‘I am really enjoying my tennis right now. I feel it will be in a great place. In the long term, I know it will be up and down, the past few weeks I have learned a lot about myself.

‘I am really excited for the next chapter. This end of the season and the next year I can play on the tour, like a full year, and that is the most exciting thing.

‘Patience is key. Because, as I said, there are a lot of lows, where you learn about your game. You adjust to each level gradually.

‘I kind of went from zero to the top of the game. So, it’s obviously going to take some time to adjust and adapt but hopefully with some good work I will be able to do that.’

Raducanu will also be competing without a coach in her box during the tournament having yet to permanently replace Andrew Richardson after parting ways with him shortly after their US Open triumph together.