Tennis is getting the Netflix treatment this year with the aim to sex up the sport like the screeching success of Drive to Survive in Formula 1. As sports seek to attract a new, younger audience, the American streaming giant’s cameras are now in London to film the fly-on-the-wall reality show of life on the tour.

And the stars featured have been chosen to increase the appeal of tennis on and off the court. Dashing Italian Matteo Berrettini has been followed by a crew over the last fortnight as he successfully defended his cinch Championships title and prepared for Wimbledon.

“The Netflix doc it’s a cool format and I think this is a cool thing to do,” last year’s runner-up said in Australian in January when he was being filmed with his then girlfriend Ajla Tomljanovic. And the cameras dashed down to Eastbourne in midweek to film Serena Williams’ comeback after a year out through injury.

Stefanos Tsitsipas was filmed in Monte Carlo, Taylor Fritz in Indian Wells and Nick Kyrgios – and his girlfriend Costeen Hatzi – featured at the start of the series in Australia along with Paulo Badosa, Ons Jabeur and Alex De Minaur. It has already been dubbed Drive Volley to Survive – and all the players are anxious to see the results. 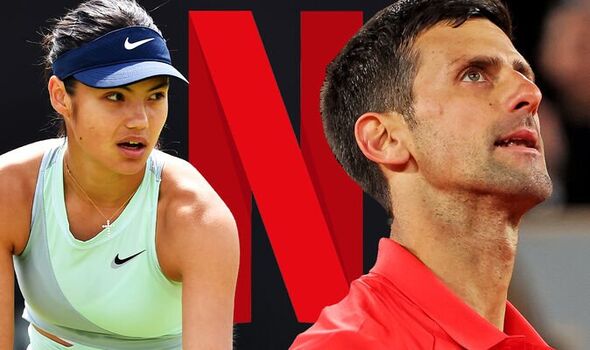 De Minaur, the Aussie boyfriend of Katie Boulter, said: “I watched Drive to Survive and absolutely loved it. I think it is an amazing show. And hopefully this brings a lot more eyes to the sport and shows a different side of all the players and which I think Drive to Survive did perfectly with all the drivers and bring a lot of new eyes to the sport. It’s exciting – and it is going to be interesting to see how it comes out for sure.”

There are no big-name Brits featured yet as Emma Raducanu politely declined but Andy Murray could feature later in the series. And any home player enjoying Wimbledon success will enter the spotlight, meaning Raducanu could yet appear. 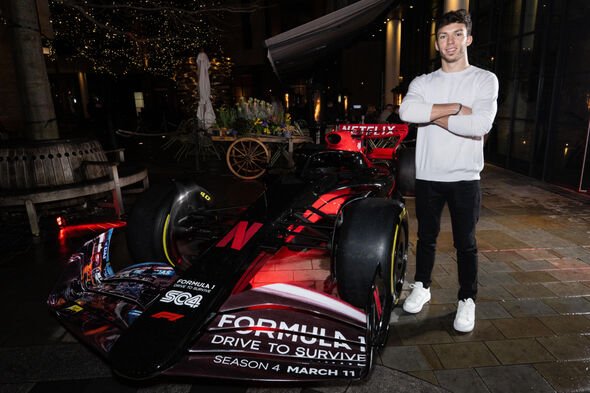 Russian world No.1 Daniil Medvedev, who is banned from UK events, has also turned down the chance to feature while Novak Djokovic is making his own documentary series. The Serb, however, will reportedly be appearing in it around his deportation saga in Australia earlier this year. The first series of Drive to Survive in 2018 did not include Ferrari and Mercedes but the two biggest teams then joined and the series was last month renewed for a fifth and a sixth season.

Filmed by London-based production company Box to Box Films, the cameras will not be allowed in the Wimbledon locker-rooms. A club insider said: “Some things are sacrosanct.”
One agent laughed that there will have to be a lot of editing as everyone on his player’s team are mic’d up during matches. “They get to hear all our swearing but they want the real experience of life on tour,” he said. “And that is what it is like!”