Dominic Thiem has claimed he will soak up the absence of Roger Federer at the Australian Open, in his quest to avenge last year’s final defeat to Novak Djokovic. The Austrian is now deemed a serious threat to the Big Three following his impressive showing at the US Open last September.

Now Thiem has his first Grand Slam under his belt, there is hope that more could follow in due course after falling short Down Under a year ago.

The 27-year-old is just one of two active players who have five or more wins against Federer, Nadal and Djokovic.

Federer will miss the tournament as he steps up his recovery from injury and Thiem is keen to capitalise on his absence, as he looks to add more silverware to his collection.

“Everybody is happy when Roger Federer comes back in Doha. So, probably, this is one of the last weeks where he is not playing,” Thiem said. 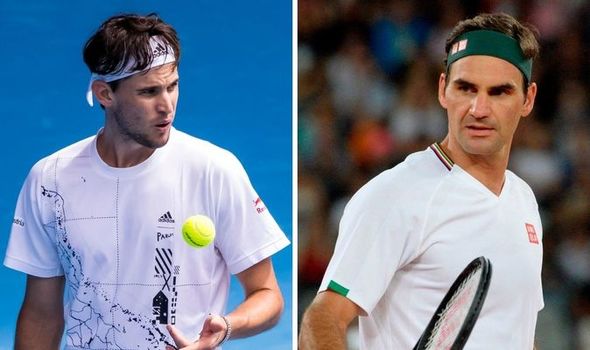 “One very strong opponent less, so everybody should enjoy!”

The tennis icon is still struggling from a right ankle problem and made the decision not to compete in Melbourne at the end of 2020.

World No 1 Djokovic remains the firm favourite to retain his trophy for a record ninth time.

Thiem is one of several stars who have struggled to steal the limelight amid the durability of the Big Three but he doesn’t see the experience in a negative light.

In fact, the US Open champion is adamant the experience will improve not only him but the sport’s next generation of stars.

“Actually we’re lucky. We can later say that we dueled with them for years,” Thiem said when asked if he gets frustrated by the fierce competition for titles.

“Maybe then, (when they retire) it will be a little easier to win the big tournaments.”

Thiem’s Australian Open campaign got off to an emphatic start against Kazakhstan’s Mikhail Kukushkin. 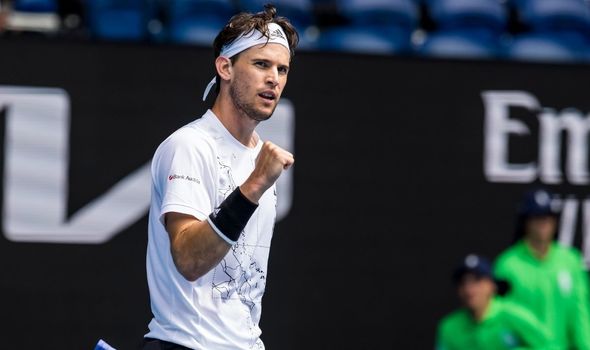 He won in straight sets to set up a second-round clash with Germany’s Dominik Koepfer on Wednesday.

A crunch contest with Nick Kyrgios could be in the pipeline in the third round, should he take care of business.

Thiem would not be set to meet a big gun until the semi-finals, where he may get the chance to plot revenge on Djokovic.

While the draw has been kind to Thiem, you must beat the best to be the best and the likes of Nadal, Daniil Medvedev and Stefanos Tsitsipas could be waiting for him in the final.