Djokovic, who beat 13-time champion Rafael Nadal on his way to victory last year, is in the same half of the draw as the Spaniard and could meet him in a blockbuster quarter-final. 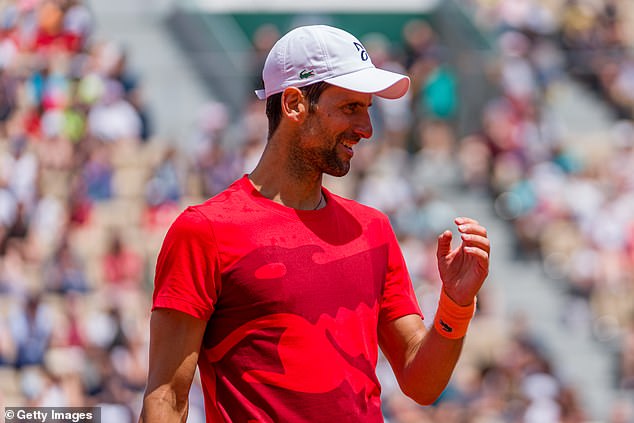 Novak Djokovic, the world No 1, has said his French Open title defence will prove ‘tough’

Djokovic said: ‘Yeah, I had a look at the draw. I think every player always looks at the entire draw and studies it in a way.

‘You can only focus on your next challenge and match. And, of course, it’s a very tough top half of the men’s draw, but there is something that you can’t really affect. It is what it is.’

The Serbian, who begins his title defence against Yoshihito Nishioka of Japan, sees Nadal and his fellow Spaniard Alcaraz as the main threats to his bid for a record-equalling 21st grand slam crown. 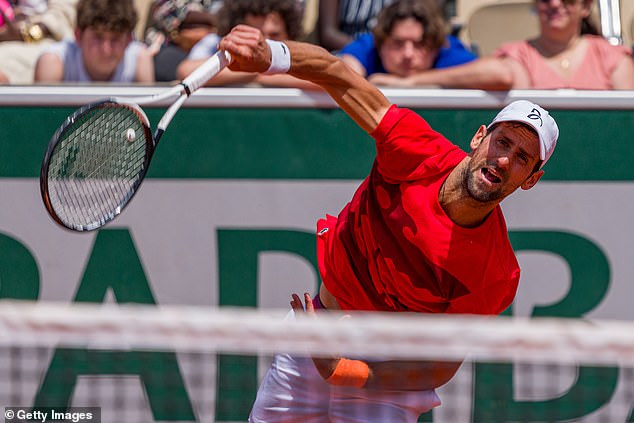 ‘We talk about favourites for Roland Garros and clay, you know that Nadal always has to be right at the top, because of his records particularly in this tournament,” added Djokovic, competing in a grand slam for the first time since his exile from the Australian Open.

‘And then you have Alcaraz, he obviously is the story of men’s tennis in the last four or five months with a big reason.

‘He’s had some tremendous leaps forward on rankings and the results that he’s been achieving are phenomenal for someone of his age. He has made a quantum jump really forward in the last five, six months. 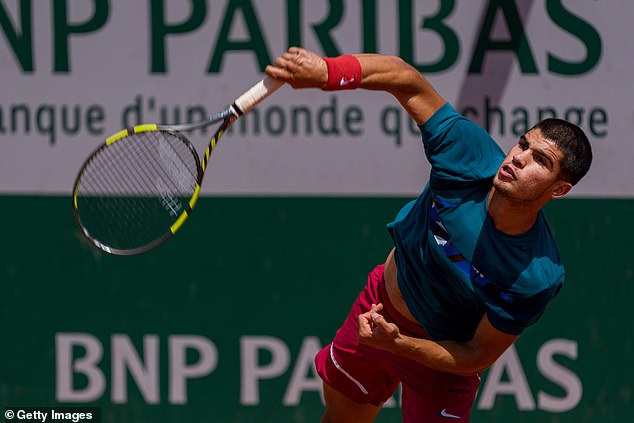 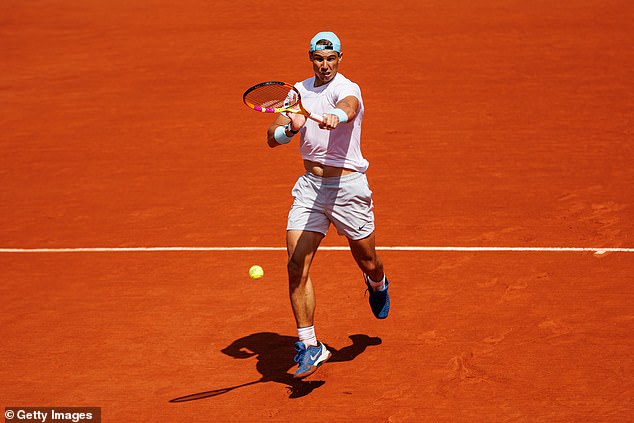 Rafael Nadal, a 13-time winner, could meet his old foe Novak Djokovic in the quarter-finals

‘So I feel I am always in that contention to fight for any grand slam trophy. I believe in my own abilities to get far and to fight for one of the most prestigious trophies in the world of tennis.

‘As a defending champion of course more so, to believe I can do it again. Reliving the memories from last year is something that obviously gives me goose bumps and motivation to try to replicate that, if I can say that.

‘But, I mean, obviously every season and every year is different. There is so many players that want to put their hands on that trophy in a few weeks’ time. I’m very much aware of it.’

In the bottom half of the draw, Russian world number two Daniil Medvedev faces against Facundo Bagnis of Argentina in the first round. 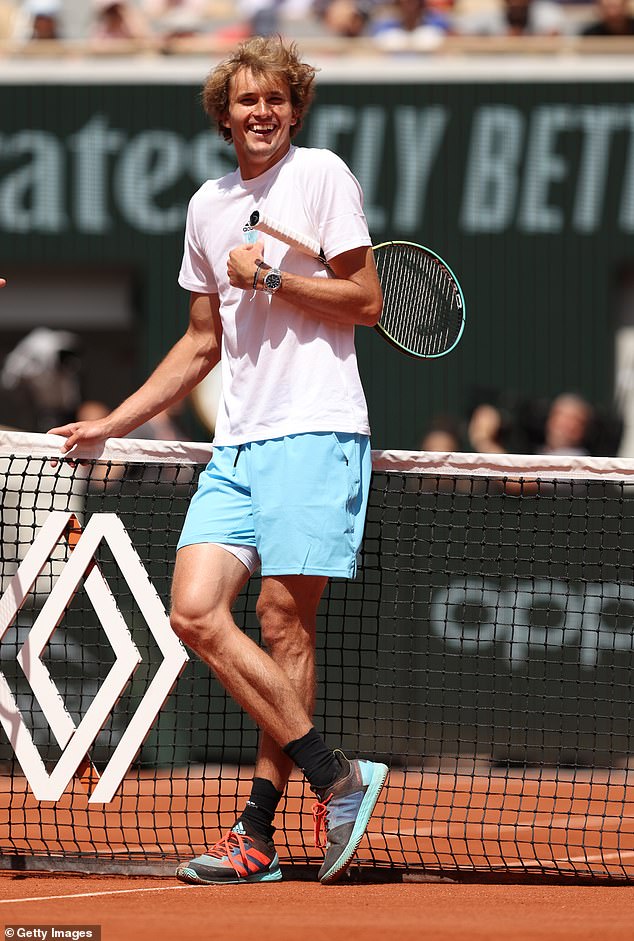