Tennis players who have completed COVID-19 vaccination would no longer be considered as close contacts of anyone testing positive for the virus, according to new protocols put in place for tournaments by the men’s governing body ATP.

Both the ATP and the women’s WTA said it recommended players accept vaccine shots when available after some at the Miami Open this week expressed a reluctance to get vaccinated.

To encourage players further, the ATP also updated its COVID-19 protocols for tournaments this week to include an exemption list for athletes who have completed the full vaccination process to protect themselves against the virus.

Professional tennis, which requires players to jet around the world, was shut down for five months last year as countries locked down borders to stem the spread of the virus. 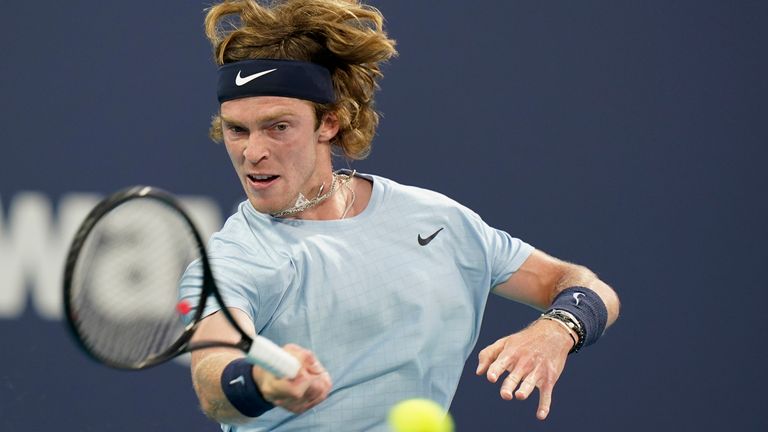 A number of competitors at the 2020 U.S. Open were put in stricter health protocols for being close contacts of Frenchman Benoit Paire, who tested positive for COVID-19, after they played cards together during their time on site.

With the updated ATP protocols, which will take immediate effect but are subject to approval from the local authority at each tournament, athletes on the exempted list will no longer face a situation similar to last year’s at Flushing Meadows.

The new regulations will also exempt vaccinated players from having to isolate on arrival at tournaments, which in some places is up to 24 hours, before the result of their first RT-PCR test is known.

Some players had argued that the advantages at tournaments of being vaccinated were limited.

“I know for the moment now it doesn’t really give you any privilege,” Russian Andrey Rublev said this week, adding that he would prefer to not take the vaccine. “You still have to be in the bubble.”

While vaccination will not yet stop players from being tested at tournaments, it will exempt them from the initial quarantine on arrival and allow them full use of on-site facilities.

“We are working with consultants in infectious disease and virology to evaluate vaccination strategies and to prepare for when vaccines are made widely available to our player group,” the men’s tour said.

“In addition, ATP Medical Services Team is working alongside other International Sports Leagues and external consultants to develop best practices that work for tennis as a global sport.”