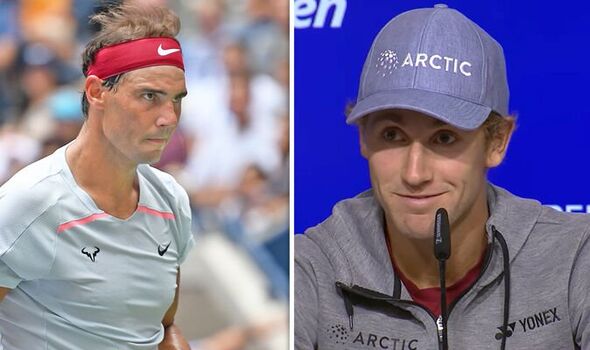 Casper Ruud has joked he doesn’t want to face another Spaniard in a Grand Slam final after his loss to Carlos Alcaraz on Sunday. Alcaraz beat Ruud in four sets to win the US Open on Sunday, four months after compatriot Rafael Nadal overcame Ruud in the French Open final.

Alcaraz has now become the youngest men’s world No 1. Ruud would have also gone to the top of the rankings if he won his maiden major tournament at Flushing Meadows.

The Norwegian’s only other previous slam final was at Roland Garros in June. Nadal sped to victory in three sets to win for the 14th time in Paris.

Speaking in his post-match press conference on Sunday, Ruud claimed he had more belief to beat Alcaraz than he did Nadal. Though he joked he would prefer not to play a Spaniard if he reaches another final.

Ruud said “Obviously if you reach a Grand Slam final, whoever you play will be a great player on the opposite side of the net. Roland Garros was hard for me to believe that I could beat Rafa.

“Today I believed it more and I think these two tournaments have made my self belief to win a Grand Slam grow. Hopefully these two experiences can help me.

“I guess I hope I don’t play a Spanish player if I reach another slam final. They know what they’re doing in a slam final. Let’s hope for another [player] than a Spanish.”

Alcaraz has overtaken Lleyton Hewitt’s previous record as the youngest men’s world No 1 by over a year. And Ruud was hugely complimentary to his opponent.

He added: “It’s incredibly impressive what he has achieved already as a teenager. It’s sometimes hard to believe he’s only a teenager. 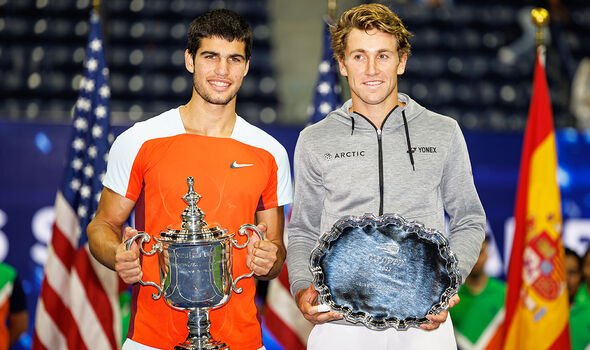 “He’s one of these few rare talents that comes up every now and then in sports. That’s what it seems like. Let’s see how his career develops, but it’s going all in the right direction.

“I think it’s deserving that after great results, both of us having good results throughout the year, we are 1 and 2 in the rankings tomorrow.

“I’m very proud of being No 2. In a way it’s a good thing because I can still chase the last spot. There’s only one more spot to conquer, but it will be tough for sure.”