Spanish starlet Carlos Alcaraz has trumped the likes of John McEnroe as well as tennis’ big three in Roger Federer, Rafael Nadal and Novak Djokovic in racking up wins in his first 100 career matches. Alcaraz has enjoyed a stellar 2022 having won four ATP Tour titles this campaign.

Most notably the teenage sensation beat fellow Spaniard Nadal and world No. 1 Djokovic in the space of two days before going on to win the Madrid Open in May. Now, the record books have shown just how remarkable his rise to the top has been in the way of his amount of wins.

Across his first 100 professional clashes, Alcaraz won a remarkable 75 matches, a record that thrashes a number of the sport’s greats. The man who he toppled is 2003 US Open winner Andy Roddick who won 73 of his opening 100 matches.

As well as this the Spaniard’s stunning career start also toppled seven-time Grand Slam champion McEnroe, who picked up one less win than fellow American Roddick on 72. The list provided by Tennis TV shows the top eight most successful starters, and whilst Alcaraz is on top, the big three. 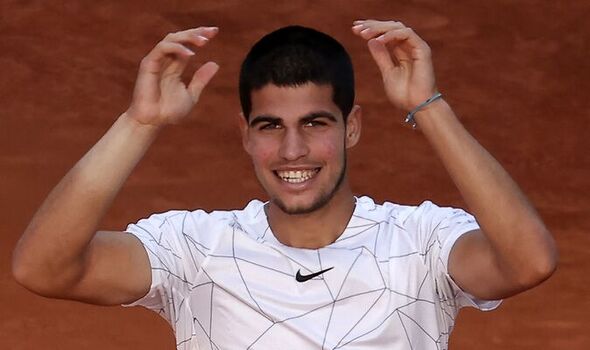 In comparison Nadal won 66 of his first 100, Djokovic 65 whilst Federer just about won over half by boasting a 51-49 record. With the sport’s leading trio no doubt closer to the end of the career rather than start, Alcaraz seems to be paving the way as tennis’ next big star.

In his latest outing, the Spanish starlet agonisingly missed out on a five title of the season after losing to fellow rising star Jannik Sinner 6-7, 6-1, 6-1. It seems Alcaraz has found a new rivalry with 20-year-old Sinner, with the pair no doubt set for a number of big battles across their careers. 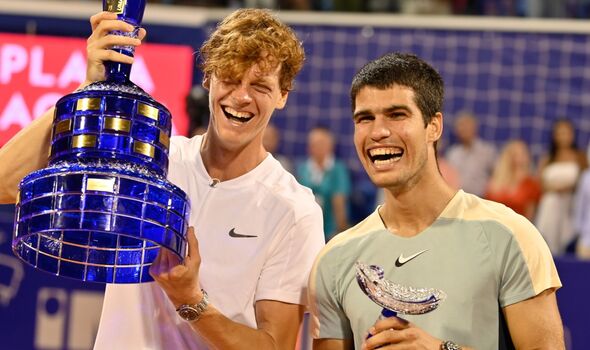 “You did a great job and I wish you good luck for the rest of the season.” Whilst he has enjoyed a heavily successful year on tour so far, the 20-year-old is yet to secure a prized Grand Slam title, but will no doubt be out to change that when competing at the US Open next month.