Cam Norrie’s “unreal” climb to the top of tennis has been helped by keeping the same coach from his university days, Laura Robson has claimed. John McEnroe has criticised Emma Raducanu’s “revolving door” of coaches since her US Open victory last September.

But Norrie, 26, has worked with Argentine Facundo Lugones since they met at the Texas Christian University in Fort Worth.

And former British No.1 Robson said: ”I actually remember playing a Challenger at TCU when Cam was still there and obviously decided very soon after that he was going to go pro. And since then, it’s just been unreal. So we did a couple of offseasons in Florida. And he’s been NTC for the last couple of years on and off. And I love that he’s got the same team. Facu has been around for years and years. Just seems like he’s in such a good headspace mentally, and he’s someone that no one ever wants to train with. Because he just runs you. And especially the track sessions, he just kills everyone. And I think that’s quite deceptive because he doesn’t look like an overly strong guy.”

BBC analyst Robson said a story from the offseason in Florida summed up Norrie’s workrate. 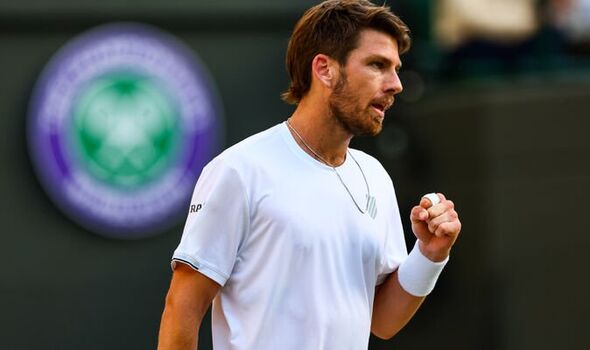 “We had a games morning with all the Brits involved,” she recalled. “And there’s one game that we played where you hit a bit hall and everyone rotates, you got to have eight people on each side and you miss the ball, you’re out. And at one point there was five people on one side will just Cam on his own and he just refused to miss. He ended up winning the game and just wore everyone down. And I think that’s sort of him in a nutshell, He’s just a hard worker.”

Norrie, who has gone from world No.74 at the start of 2021 to No.12 now, will play the biggest match of his life against Novak Djokovic on Centre Court on Friday.

“He’s so ready,” Robson added. “Cam is such a chilled guy. He takes everything in his stride. And I think he’s playing incredible tennis. He seems to be getting better with every match. Against Tommy Paul he was just ripping forehands, which you don’t often see from him. He starts matches a bit slow, sometimes trying to get a feel for it, but from the first game he was getting after it.” 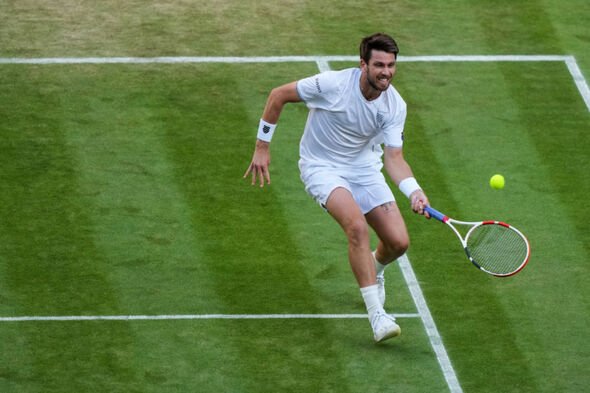 And Robson said Norrie will now lead a new generation of players in the post-Andy Murray era.

“Andy had everything on its own for so long,” said Murray’s 2012 mixed doubles partner. “It’s probably quite nice for him to feel a bit the pressure being taken off. Hopefully this time next year, it’ll be sort of Andy, Emma, Cam Jack (Draper) and all these people coming through, and they are likely to make the second week. Everyone’s competitive as well, which I think also helps push things along.”