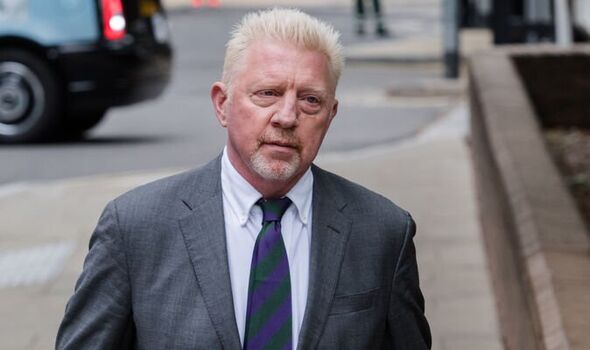 Boris Becker faces automatic deportation from the United Kingdom once he has served his prison sentence for fraud, according to reports. The WImbledon icon is serving two-and-a-half years in jail after being found guilty of concealing £2.5million worth of assets after declaring bankruptcy.

The Home Office has confirmed that Becker is eligible to be deported from the UK as a foreign national who has served a prison sentence of more than 12 months behind bars. The three-times Wimbledon champion was initially detained at Wandsworth Prison in South London but was moved to HMP Huntercombe, Oxfordshire, in late May.

Huntercombe is a prison predominently used to house foreign offenders, which increased speculation that Becker will be deported once he is freed. A Home Office source has now confirmed that it is likely the 54-year-old will return to Germany after his release.

A spokesperson told the Mirror: “Any foreign national convicted of a crime and given a prison sentence is considered for deportation at the earliest opportunity.”

Becker was handed a two-and-a-half year sentence in April after he was found guilty of concealing £2.5m in assets after declaring bankruptcy. A decade earlier, he had been handed a suspended setence of two years for tax evasion and attempted tax evasion worth £1.4m in Germany.

At the sentencing, Becker’s barrister, Jonathan Laidlaw QC, told the court that his client’s career had been left ‘in tatters’. He said: “Boris Becker has literally nothing and there is also nothing to show for what was the most glittering of sporting careers and that is correctly termed as nothing short of a tragedy. These proceedings have destroyed his career entirely and ruined any further prospect of earning an income.”