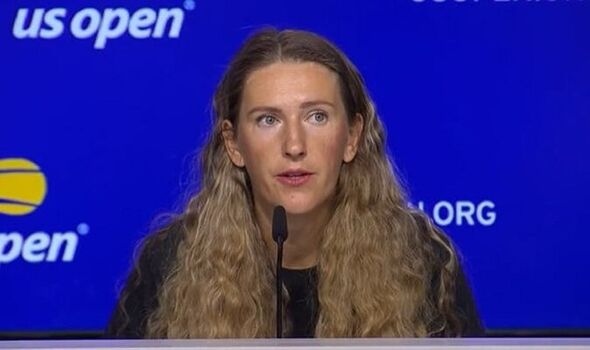 Victoria Azarenka has publicly responded for the first time after Ukraine’s Marta Kostyuk accused the Belarusian of failing to support her country and slammed her decision to participate in a US Open charity match raising money for their efforts in the war, resulting in the United States Tennis Association announcing that Azarenka would no longer participate. The 26th seed defeated the 20-year-old 6-2 6-3 at the US Open on Thursday.

Azarenka faced Kostyuk in the US Open second round days after the 20-year-old criticised her decision to participate in Tennis Plays for Peace, prompting the USTA to announce the Belarusian’s withdrawal hours before the charity exhibition. The former world No 1 defeated the Ukrainian in straight sets before the world No 65 refused to shake hands, instead tapping rackets as she avoided eye contact with her opponent.

The 33-year-old has now responded to all of Kostyuk’s comments for the first time in a lengthy post-match press conference, revealing that she had offered help to those in Ukraine and reached out to other players from the nation after the 20-year-old claimed there was “no open help from her in our direction.” Azarenka said: “I’ve offered many times.”

Explaining why she didn’t initially reach out to Kostyuk, the world No 26 continued: “I never had a close relationship with Marta, I obviously knew who she is but I’ve never really practised with her, I’ve never really had a conversation with her. So in March when everything happened, I reached out to all the players that I personally know and that I have a good relationship with, I’m talking about Ukrainian people of course.” 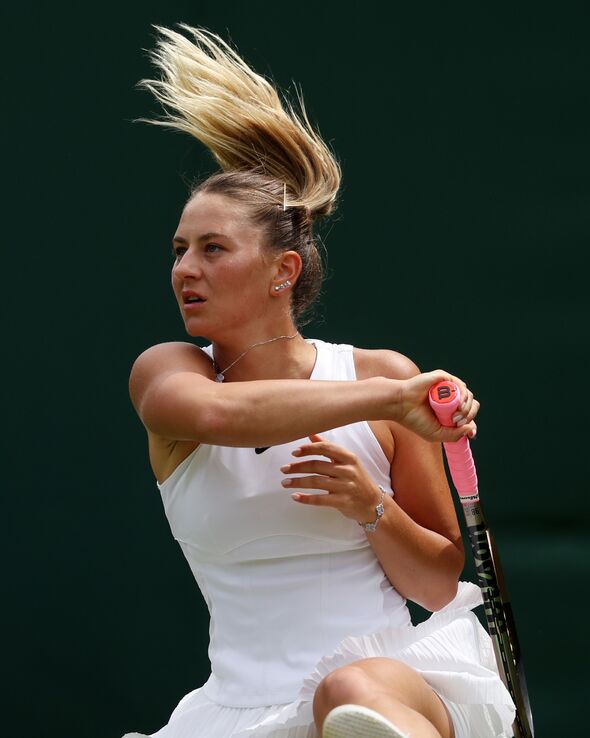 The two-time Australian Open champion also revealed that the Kyiv-born player had text her the night before their match and said she was open to listening to Kostyuk, though maintained that the Ukrainian wasn’t interested. “ I don’t feel that forcing myself to speak to somebody who maybe doesn’t want to speak to me for different reasons is the right approach, but I offered,” she explained.

“If Marta wants to speak to me 0 like she text me yesterday, I replied – I’m open to anytime trying to listen, to understand, to sympathise.” Azarenka also sits on the WTA Player Council, and she hit back at some of the world No 65’s claims about her work as a player representative.

“With all due respect, I don’t think she has any idea of what I do on the Player Council because she’s not there,” the three-time US Open finalist retorted, and she appeared to criticise Kostyuk. “I feel like when you’re trying to react it’s not always received that well so I’m always open to listen, I can’t force people to do something they don’t want to do. She has my number as well, as you know, she texted me,” she said. 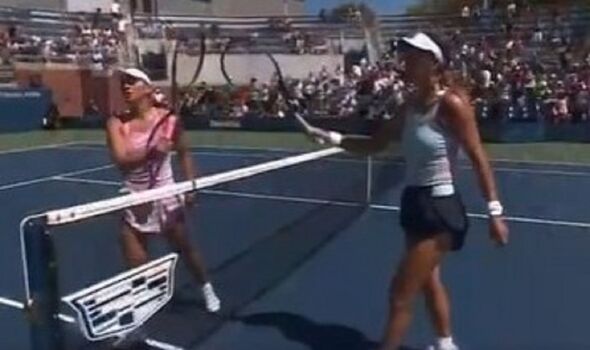 The 21-time title winner also addressed Kostyuk’s comments about the Ukraine charity match, saying that it was a “no-brainer” to sign up when she received a call from the USTA. “Why wouldn’t I participate in an aid for people who are struggling?” she questioned. “I thought this is a gesture that shows commitment. I’m not sure why it wasn’t taken that way.”

Azarenka also addressed Kostyuk’s decision not to shake her hand in their match, brushing it off after experiencing a similar situation with the 20-year-old’s compatriot Dayana Yastremska. “Well, I wasn’t surprised,” she confessed. “I don’t believe that making a big deal out of it is important. I always shake hands with my opponents. I had the same situation with Yastremska in Washington. It is what it is. I just move on. I cannot force anybody to shake my hand. It’s their decision.”