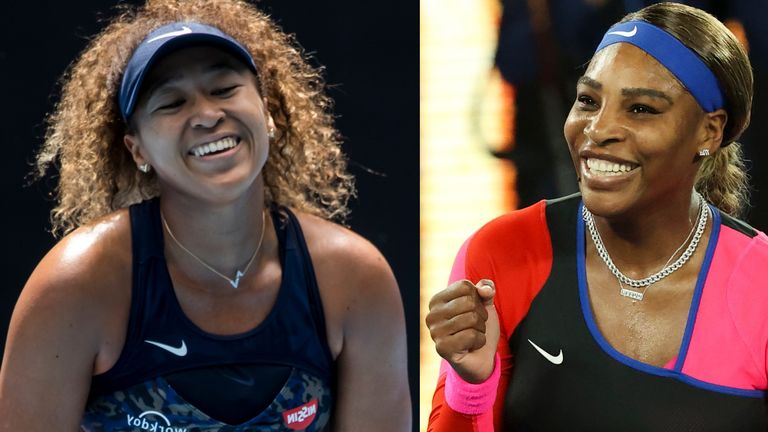 Serena Williams and Naomi Osaka will lock horns in the Australian Open semi-finals on Thursday morning – their first Grand Slam meeting since their infamous US Open showdown in 2018.

Williams is bidding to claim a record-equalling 24th Grand Slam singles title in Melbourne, and she stormed into the last four with a dominant straight-sets win over second seed Simona Halep.

The 39-year-old is remarkably set to feature in her 40th Grand Slam semi-final, yet she faces another stern examination against 2019 champion Osaka.

The third seed has never failed to win a Grand Slam after reaching the quarter-finals, and she’s been in imperious form in 2021 thus far, stretching her winning streak to 19 matches with an emphatic 6-2 6-2 success over Hsieh Su-wei.

The 23-year-old survived match points against Garbine Muguruza, but that’s been the only blemish in her otherwise flawless progression, as she targets a fourth Grand Slam crown.

Serena is without a Grand Slam title since defeating her sister Venus in Melbourne four years ago, but she’s rolled back the years over the last fortnight, with improved footwork the catalyst behind her success.

Osaka’s route to the semi-finals 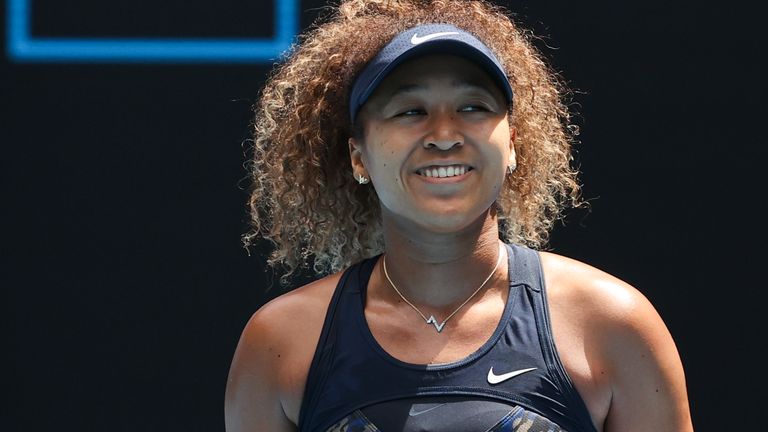 Osaka kicked off her campaign down under with three convincing straight-sets victories, relinquishing just 13 games in reaching the fourth round.

The Japanese star eased past Anastasia Pavlyuchenkova, Caroline Garcia and 27th seed Ons Jabeur to advance to the last 16, where she came through a titanic tussle against two-time Grand Slam champion Muguruza.

Osaka saved two match points against the Spaniard, recovering from 5-3, 15-40 down in the final set to reel off the final four games without reply, but she had no such problems against Su-wei.

The world No 3 crushed the artistry of her veteran opponent with a 66-minute success, running out a comprehensive 6-2 6-2 winner to remain on course for a second Australian Open triumph.

Serena’s route to the semi-finals 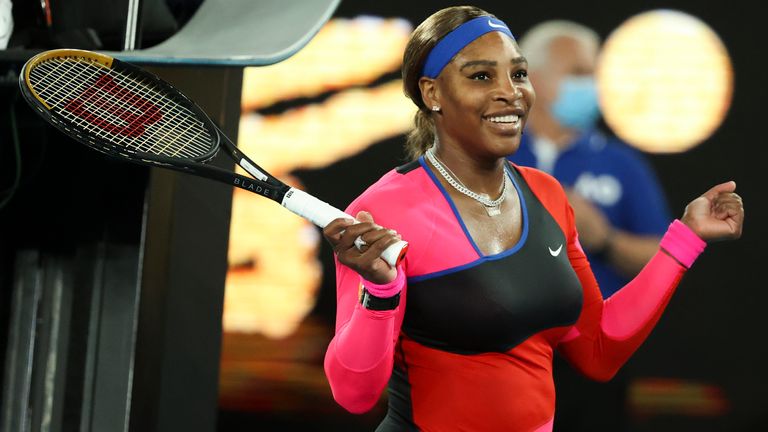 Williams has also progressed to her ninth Australian Open semi-final in relatively serene fashion, surrendering the solitary set in her five matches.

The 39-year-old crushed Laura Siegemund and Nina Stojanovic for the cumulative loss of five games, before navigating an opening set tie-break against Anastasia Potapova to prevail in straight sets.

The seven-time Australian Open winner came through a topsy-turvy tussle against seventh seed Aryna Sabalenka in round four, recovering from losing the second set 6-2 to triumph in a decider.

Nevertheless, Williams was at her brilliant best against Halep, powering her way to a 6-3 6-3 victory to avenge her defeat against the Romanian in the 2019 Wimbledon final.

2️⃣ away from 2️⃣4️⃣ 🏆 pic.twitter.com/B6okQbMvTl

“I keep the TV on the tennis, right? But if there’s an interesting match to watch, I’ll watch it. It’s just kind of interesting to watch her form. You know what I mean?

“For me, I grew up watching Serena, Federer, Nadal. It’s just more of a habit than anything. But I feel like everyone in the tournament watches her.

“I always watched Serena’s matches, anyway. Normally I never look at my draw, but everyone has told me about my draw here, so I had no choice but to know why my next opponent is. It is definitely going to be real fun.

Serena: Naomi is a cool cat!

“I think she’s a very strong player. I feel like she does everything well. She has a good serve, she has a great return, she’s strong on both sides.

“She’s such an inspirational person off the court. I have been watching her and I’m sure she’s been watching me. I think she’s a great competitor and she’s a cool cat!

“I feel like this is such a good opportunity for me just to keep doing my best. This is the first Grand Slam of the year. I’ve had an incredibly long, arduous off-season, and so I’m really happy honestly with every win I get.”

It's going to be the first time that two @NWSL franchise owners do battle on the tennis court 🎾⚽️👏@serenawilliams @naomiosaka | #AO2021 pic.twitter.com/E6UR7gEkU1

Serena vs Osaka: Tale of the Tape

The pair have met on four occasions, sharing two victories apiece, although their infamous Flushing Meadows clash dominates the narrative between two of the game’s protagonists.

Although there was no animosity between the pair, their 2018 showdown remains notorious. Williams received a game penalty for verbally abusing umpire Carlos Ramos and Osaka’s first major title was overshadowed by deafening boos and whistles.

The latest instalment promises to be fascinating. Williams dominated her quarter-final against Halep due to a combination of power and improbable angles, although Osaka also possesses heavy artillery of her own.

Serena has won all eight of her previous Australian Open semi-finals, yet every time Osaka has progressed beyond the last eight at a Grand Slam, she’s picked up the title. Something has to give.