Andy Murray has a lot of thinking to do. He will not win Wimbledon again. Or any Grand Slam. His 34-year-old body has taken too much punishment for that to be possible. He has a metal hip for goodness sake and the groin issue which has plagued him for the past four months is hanging around in the background like a bad smell.

The reality is that he will never be physically where he wants to be as a professional tennis player again. So he has to decide whether he can live with being a diminished version of himself on the court.

It is the age old dilemma for the great champion – when to call it quits.

As Murray wondered aloud late on Friday night whether all the effort to reach the start line is worth it after his third round exit the reality – that his last Wimbledon may have come and gone – dawned.

His downbeat reaction came through the immediate fog of a one-sided straight sets defeat to No 10 seed Denis Shapovalov. Time and distance will allow Murray to make a more calculated call.

For the armchair viewer, whose evening numbers doubled on the back of his presence, Murray’s week-long stay provided unmissable theatre. They may not have recognised some of the mishits and the mess-ups but the rollercoaster rides of the first two rounds were an all too familiar throwback. 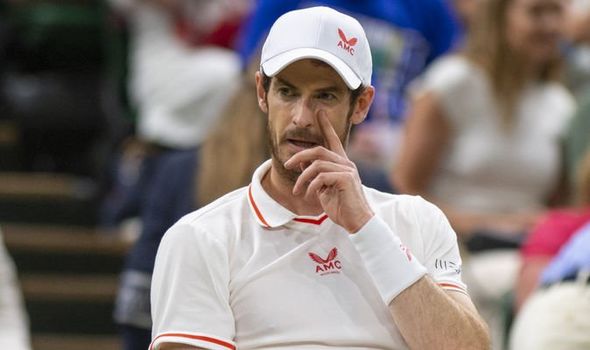 Murray and his opponents were a level down on his heyday but the drama and the buy-in was just the same.

They – we – want more but this is no-one else’s vote to cast. Murray knows his body best – and perhaps, in reaching round three, he has climbed his final Everest.

For Murray just being in the draw at Wimbledon again was a victory of sorts after the injury issues he has endured.

Winning two matches was a glorious bonus. It was the furthest he had gone in a Grand Slam in four years.

Having made it to Wimbledon against the odds, he refused to leave without making his imprint. For those who believed he was finished – this columnist included – it was a wonderful custard pie in the face. 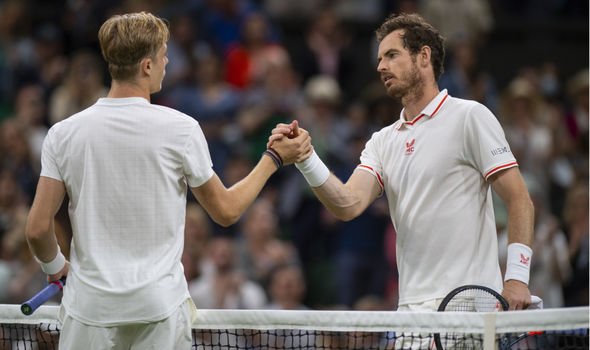 It wasn’t so much his up-and-down tennis which saw him through those matches against No 24 seed Nikoloz Basilashvili and German qualifier Oscar Otte but his sheer force of will.

He had a tiny body of work to fall back on – 40 matches in three and a half years – and the inconsistency in his play was an inevitable follow-on but, venting like a madman, he somehow dragged himself through, kicking and screaming.

The five-set win over Otte in particular was one long explosion of frothing frustration.

The ranting rev-ups presented a beguiling image of a tennis player raging – literally – against the dying of the light.

Going quietly? Murray? No chance. It was emotional – for all concerned but sadly there was nothing left for Shapovalov.

If the result was predictable given the Canadian’s seeding and youth, it was the manner of his exit against Shapovalov which will have given Murray much food for thought.

On Friday he was a long way second best to a left hander who had never previously gone beyond the second round at Wimbledon. Bullied in his own tennis backyard, in fact. 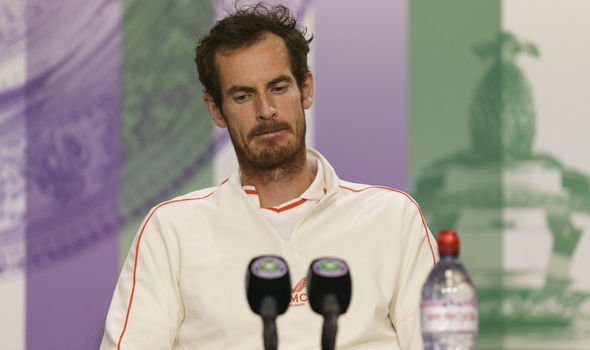 Shapovalov showed himself to be a fine player and, at 22, could go on to become a very fine player but was the sort of opponent Murray would once have devoured on Centre Court.

In his pomp, Murray was going toe to toe with Roger Federer, Rafa Nadal and Novak Djokovic. The question he now has to answer is whether he is content to carry on as a second division tennis player.

Murray has been an inspiration and a totem. Three Grand Slam titles and two Olympic golds in the Federer-Nadal-Djokovic era he was born into represents a staggering return.

He has been a trailblazer for British tennis. His legacy to those who dream of following in his footsteps is that talent without toil equals nothing.

He is a fighter to his core and the warrior in him will be in his ear demanding he goes again, that he redoubles his efforts to be back at Wimbledon again next year.

Even the mightiest of warriors though, eventually has to lay down his shield.