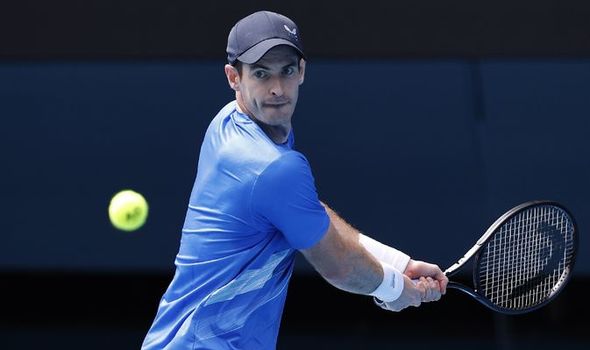 Three-time Grand Slam winner Murray, 34, said the vaccination visa furore – which could mean the Serbian world number one cannot compete at the Australian Open – had stunned other players. Murray told reporters Down Under: “I think everyone is shocked by it, to be honest. I hope that Novak is OK. I know him well, and I’ve always had a good relationship with him.

Djokovic, 34, has been forced to stay at a Melbourne hotel used by asylum seekers since being stopped by border staff at the city’s airport over his Covid vaccination status. Officials later cancelled his visa.

He has launched a court challenge against the decision to ban him, saying a medical exemption allowed him to enter Australia. However, in a court filing before the hearing, the Australian government denied giving the player an assurance his “so-called” exemption would let him into the country.

Djokovic’s legal team says it has an assessment from the country’s Department of Home Affairs saying that his responses on his Australia Traveller Declaration indicated he met the requirements for quarantinefree entry. But the government said: “It had not represented to the applicant that his so-called ‘medical exemption’ would be accepted.”

The government submission has also challenged Djokovic’s claim for a medical exemption from Australia’s vaccination requirements on the basis that he contracted Covid in mid-December. Government officials said: “There is no suggestion that the applicant had ‘acute major medical illness’ in December 2021.All he has said is that he tested positive for Covid-19.”

Pictures have also emerged of Djokovic – an outspoken critic of mass vaccination – maskless in locations around Serbia’s capital Belgrade, around the time he says he tested positive, December 16. The sixtime Wimbledon champion previously refused to reveal his vaccination status or his reason for seeking a medical exemption to jab rules.

However, court papers said “it is common ground” that “the applicant is unvaccinated”. Djokovic hopes to win his 21st Grand Slam tournament at the Australian Open in Melbourne, which begins next Monday.

However, the row means instead of training, he has been confined to a hotel used to house asylum seekers. Supporters of Djokovic, including many Serbian expats, have been protesting outside the Park Hotel since the star arrived. His parents, dad Srdjan, 61, and mum Dijana, 57, joined a rally in Belgrade yesterday.

Serbian priests also mingled with protesters in Melbourne as they held a service for Djokovic and his supporters outside the hotel yesterday. Their prayers marked the Orthodox celebration of St Stephen’s Day.