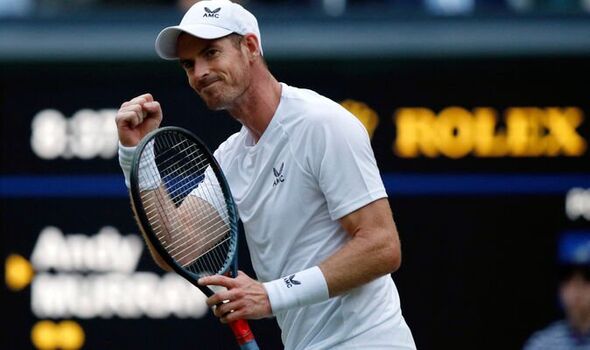 Andy Murray conjured his first ever under-arm serve at Wimbledon tonight as he escaped to victory in another late-thriller under the Centre Court roof. The Scot, whose preparations were disrupted by a side strain, lost the first set to Aussie world No.74 James Duckworth.

But urged on by his home crowd, Murray roared back to win 4-6 6-3 6-2 6-4 in two hours and 43 minutes. He let out a roar of emotion at the end of a predictably unpredictable encounter at his home Grand Slam.

And the double Olympic champion also created a personal bit of SW19 history by serving underarm in the fourth game of the third set – and winning the point. The former world No.1 first used the cheeky tactic on the ATP Tour against Carlos Alcaraz in Indian Wells last October.

It is often used by Murray’s mate Nick Kyrgios when the receiver is serving far behind the baseline – or to get into the head of your opponent. The former Olympic deployed the serve when the light was fading and Duckworth was complaining about the light.

Following Novak Djokovic and Emma Raducanu onto Centre Court, this match did not start until 6.44pm in the evening sunshine. And Murray took even longer to get going.

These two injury-hit players are joined by their hip histories. The Scot recorded his final win before his hip resurfacing in January 2019 against the Aussie on Brisbane. And Duckworth underwent hip surgery in January with the same doctor who performed Murray’s first operation in 2018 and has not won an ATP Tour-level match all season.

Yet it was Duckworth, 30, who moved and served better in the first set as he broke Murray twice and took his first set point with a booming cross-court forehand winner. The former world No.1 made only 46% of first serves.

Yet he pushed another big forehand into the tramlines on breakpoint down at 2-3 in the second set and Murray went on to draw the match level. An early break in the third set was followed by the Murray underarm serve at 2-1 15-0 when Duckworth framed an attempted overhead into the air to allow the Scot to put away a winner. 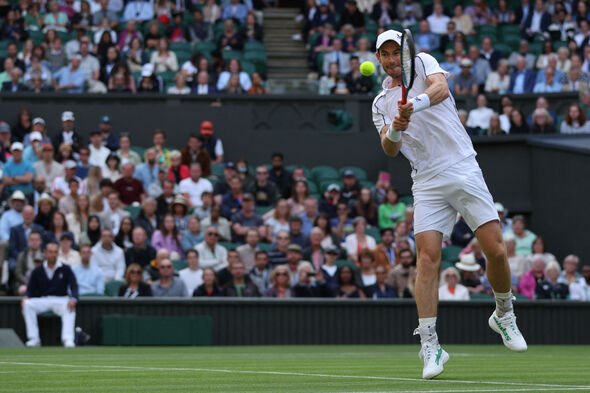 The Aussie was also not happy about the light and at changeover at 4-1 and a double break down, he complained: “I am struggling to see” and claimed action would have been taken if Murray had made the request.

Play was paused at the end of the third set for Centre Court and Duckworth regrouped for a tight fourth set.

But at 4-4, he served a double fault on break point and Murray took his first match point in bizarre fashion when his first serve was belatedly called out – and Duckworth failed with a challenge on the second serve.

He will next face former Wimbledon semi-finalist John Isner in the second round. The American world No.24 overcome French qualifier Enzo Couacaud 6-7 7-6 4-6 6-5 7-5. Murray reached the third round here last year.