Andy Murray qualified for the second round of the Winston-Salem Open after defeating Noah Rubin in straight sets.

The British former world No 1 – a wildcard at the tournament in North Carolina – was set to face Nick Kyrgios in the first round but the Australian withdrew just hours before the match due to an injury to his left knee.

Rubin was a last-minute replacement for Kyrgios but Murray had little trouble defeating the American 6-2 6-0. 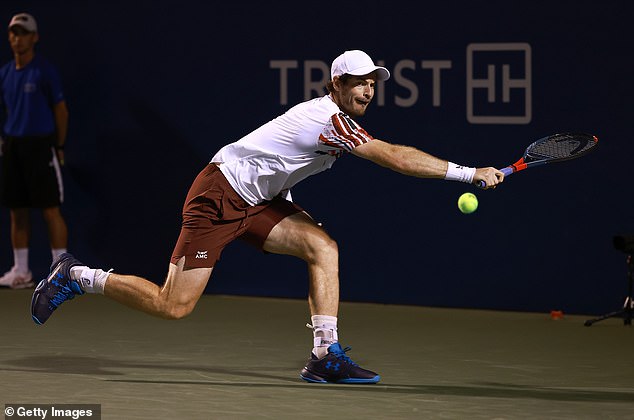 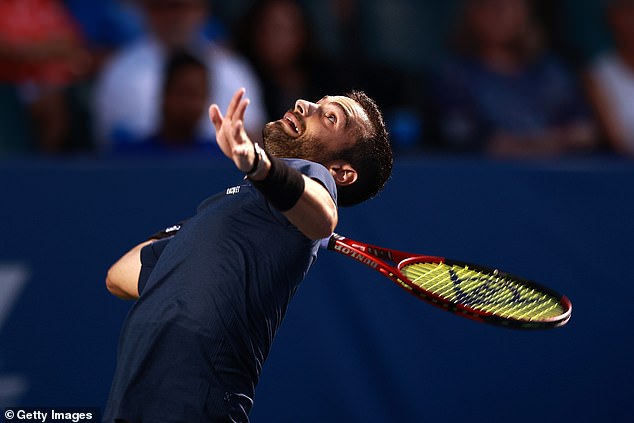 The Scot wrapped up the first set inside 35 minutes, which included breaking the world No 306 on two occasions.

Three breaks from Murray then followed in the second set to ensure he wrapped up the victory inside an hour.

Rubin struggled having just lost against Lucas Pouille 4-6, 7-6, 6-2, and had approximately half an hour before he took the court again to face Murray in the main draw.

‘It was my by far the strangest situation I have ever been in before a match. It’s pretty rare that you experience something new when you’re 17 years into your career,’ Murray said. 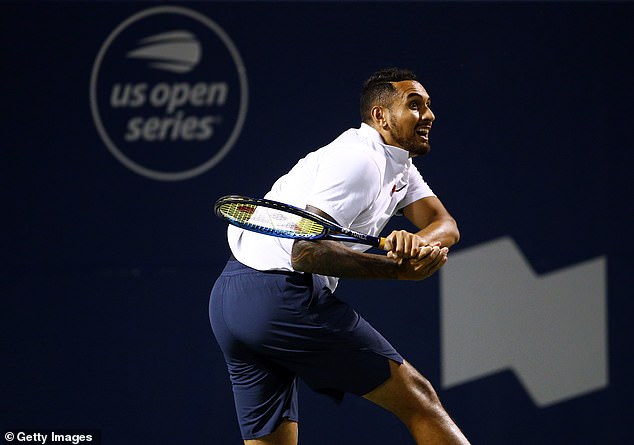 ‘Noah was a great replacement for Nick. It was great for the crowd, and I didn’t know he went to university here.

‘It was just unfortunate he wasn’t able to give his best effort. It is a real shame tonight, but it was nice that it was packed.’

Rubin tweeted after the match: ‘To everyone who came out to support Murray/Kyrgios match, was fun playing in front of you.

‘Tried to put on a show, but didn’t have much left. Was a brutal day, but this is tennis, and what a weird way to come back. Always at home here at Wake. See ya soon black and gold.’

Meanwhile, Kyrgios said he had to make a tough call to pull out of the match as he did not want to jeopardise his participation at the US Open, which starts on Monday.

‘I had to listen to my body and give myself some more time,’ Kyrgios said. ‘I don’t go to a tournament to just play a match and pull out. I just need to get this right. I want to give myself the best shot at the U.S. Open.’

Murray will now face Frances Tiafoe next on Tuesday while British No 1 Dan Evans will come up against either Pouille or Feliciano Lopez following their meeting on Monday night. 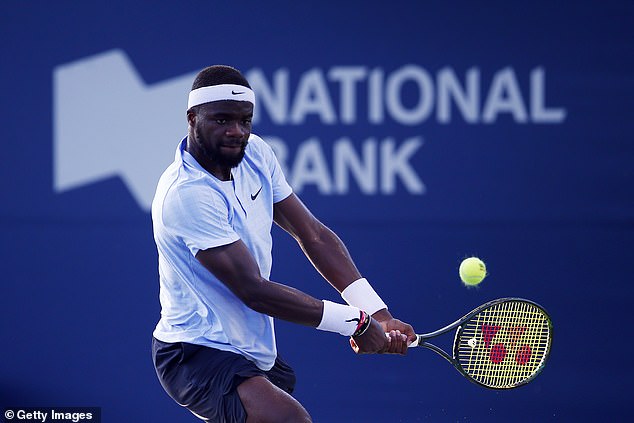