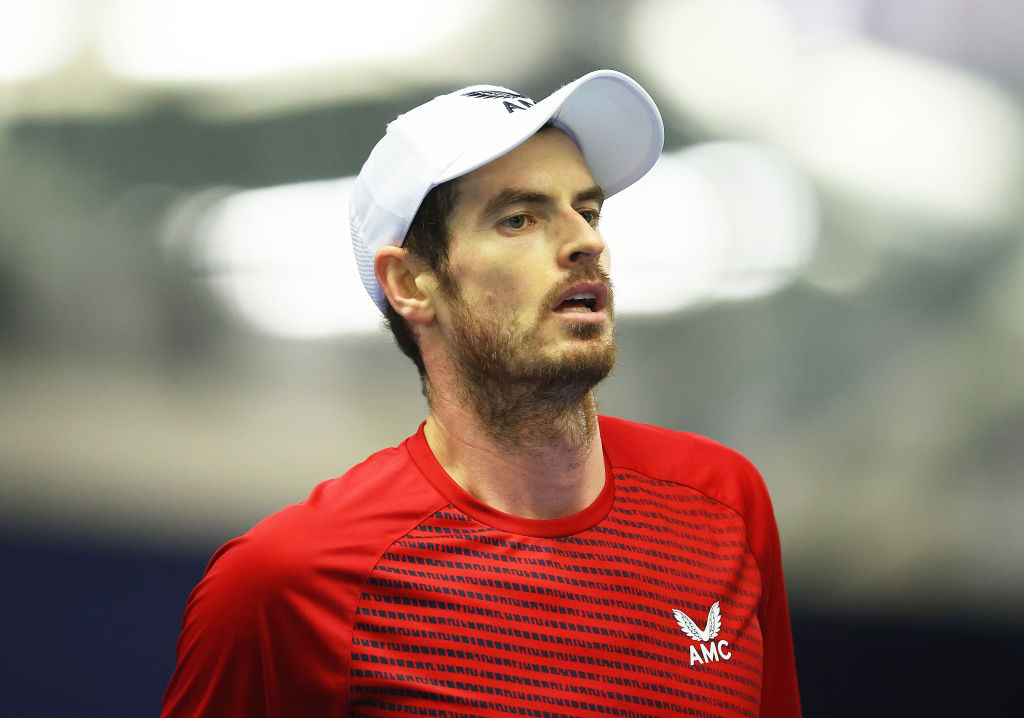 Andy Murray admitted he was ‘p***ed off’ to miss the Australian Open after contracting coronavirus but was even angrier that his family was placed in ‘serious danger’ by lax protocols at Britain’s National Tennis Centre (NTC).

Murray, speaking from Italy where he has been handed a wildcard for the Biella Challenger event, is convinced he contracted Covid-19 while at the NTC after only spending time indoors there and at his family home.

While missing the first Grand Slam of the year vexed the two-time Wimbledon champion, he was left furious that his family then contracted the virus, with one relation suffering badly as a result.

‘I was p***ed off that I missed the tournament and wasn’t able to go to Australia from a personal perspective, but then the wider more important point, is that it’s not just about a tennis tournament, when I am going back and giving the virus to all of my family and infecting them,’ said Murray. ‘I care about that a lot.

‘And I don’t think people always realise that if you’re not sticking to what the rules and the protocols are, or the protocols that are in place are not good enough, you’re putting people in serious danger. It’s frustrating.’

Standards are thought to have slipped over the Christmas period at the NTC and the absence of a Lawn Tennis Association (LTA) doctor, who was off with coronavirus, was cited as a key reason behind the rules not being enforced rigorously.

There was a higher volume of players in Roehampton due to it being the only tennis site open in the UK amid the current lockdown restrictions. Other sites have now since been allowed to open.

The conduct of those using the player lounge has come into question, with it understood that, at one point, 15-20 people were using facilities with little social distancing and a lack of mask wearing in evidence.

One player is even alleged to have been sat on another’s lap, while a support team member is believed to have come to the NTC the night after hosting a house party.

Paul Jubb was the first confirmed case of Covid-19 on January 7, with Murray testing positive four days later. After being ill for several days and trying to keep himself isolated away from his family, his wife and children then tested positive.

‘I couldn’t pick it up anywhere else because I hadn’t left my house or the NTC for ten weeks, and then obviously there was some positive cases there,’ added Murray. ‘I certainly couldn’t have picked it up from my family because they were all negative.

‘I stuck to all of the protocols that were in place. I didn’t leave my house or the NTC for the 10 weeks of training.

‘I would have gone for a walk with my dogs around the block or taking my kids around the block on their scooters for some exercise. I have got an electric car so I didn’t stop at any petrol stations on the way there. I was very careful because it’s not just for tennis reasons.

‘I obviously don’t know what everyone gets up to when we are away from the tennis venue but I know that none of my team have had the virus. I was the only one to pick it up and none of my family had it before, so I brought it to them.

‘The only two places I went to were the National Tennis Centre and my house, so I know where I got it from. I am very comfortable with how I conducted myself.’

As everyone knows this virus is and has been widespread throughout the UK. As the recent positive cases recorded in quarantine in Australia have shown, even with the strictest precautions, it is impossible to eradicate all risk of exposure either within a single location or in the wider community.

We have consistently applied the stringent and appropriate restrictions, testing and other protocols for elite training centres in line with government guidance. The guidance we follow has in turn reflected the tier system and changes in national guidance. We have worked closely with Public Health England in order to keep the centre open since April for both training and as a host venue for over 1000 competitive matches across 17 tournaments on site.

Our protocols are regularly communicated to everyone using the venue and we expect them to be adhered to in the player lounge and all other areas of the building. It is impossible for LTA staff to police every part of the building continuously and ultimately individuals are responsible for their own behaviour and ensuring they follow the rules to protect themselves and others.

British No.1 Dan Evans, who will contest the Murray River Open final against Canadian Felix Auger-Aliassime on Sunday before facing compatriot Cam Norrie in the first round of the Australian Open on Tuesday, agreed with Murray’s assessment that standards ‘slackened’ and questioned the large influx of players to the NTC.

‘You know, I think as with anything, people relax a bit because I don’t think there was really any cases there,’ Evans said from Melbourne. ‘I think Christmas period and the new year period maybe slackened a little bit.

‘So yeah, I mean, and obviously the doctor had Covid, as well, so that coincided with I think players then getting it when she was isolating. It wasn’t ideal, but I can’t speak to say that they were lax or not because I wasn’t really privy to see it.

‘If I was being a bit harsh, without being rude to some players in there, probably shouldn’t have been in there. I don’t think they were really of much importance.

‘I think right now the importance should have been on getting people healthy to the Australian Open and there was probably people in there who wasn’t preparing for tournaments and they were using the center just to practice, to get out. But they was allowed to, and that was sort of the way it was.’

In a statement, the LTA said it was ‘impossible to eradicate all risk of exposure’ and added: ‘It is impossible for LTA staff to police every part of the building continuously and ultimately individuals are responsible for their own behaviour and ensuring they follow the rules to protect themselves and others.’

Murray said restrictions had tightened up since the outbreak, particularly with regards to the player lounge, but pointed out ‘the reality is that it happened too late’ and he expressed his frustration that the original high standards set at the centre weren’t upheld.

In his opinion, he felt the protocols used for the strict April lockdown – where every other indoor court was used, for example, should have been upheld, while testing could have been more regular and access to the gym restricted.

The behaviour of LTA staff, including chief executive Scott Lloyd, has also come into question, with mask-wearing said to be lax, something the organisation has denied.

An LTA spokesperson added: ‘The office building at the NTC is separate from the courts and players area and has been closed since December other than for essential or business continuity reasons.

‘Those that are in the office follow rules around social distancing, cleaning, mask wearing in any area where they would come into contact with players, and normally amount to no more than half a dozen staff in a building designed for 200 people.’

Murray will begin the Biella Challenger against Germany’s Maximilian Marterer on Monday.