Raducanu and Murray both start Wimbledon with victories

Andy Murray has confirmed a plan to make changes with his team after crashing out of the Citi Open in the first round. The Scotsman complained of cramps after his defeat to Mikael Ymer, which may not bode well in his preparations for the US Open later this month.

“It was disappointing obviously,” admitted Murray. “I thought there was some good tennis in the first set. After that both of us were struggling a bit physically. The level of the tennis was not great.

“Obviously had chances in the first set to close that out. I had set point in 6-5, then three in the tie-break, and didn’t get it. I think he seemed like maybe he was cramping a little bit in the second set, but recovered absolutely fine after the break at the end of the [second] set. Went off to change and cool off a little bit, and he recovered well for the third, whereas I didn’t really.

“Yeah, just frustrating. Actually in Newport I cramped right at the end of one of my matches there. Really hot and humid. Usually I quite enjoy playing in those conditions. Struggled a little bit the past two tournaments with that. I need to have a little look at that with my team and maybe see why that is, make a few changes.” 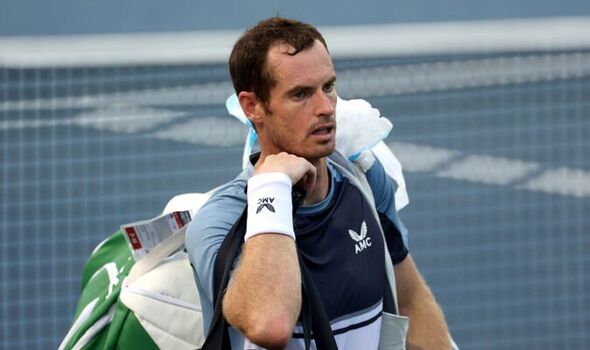