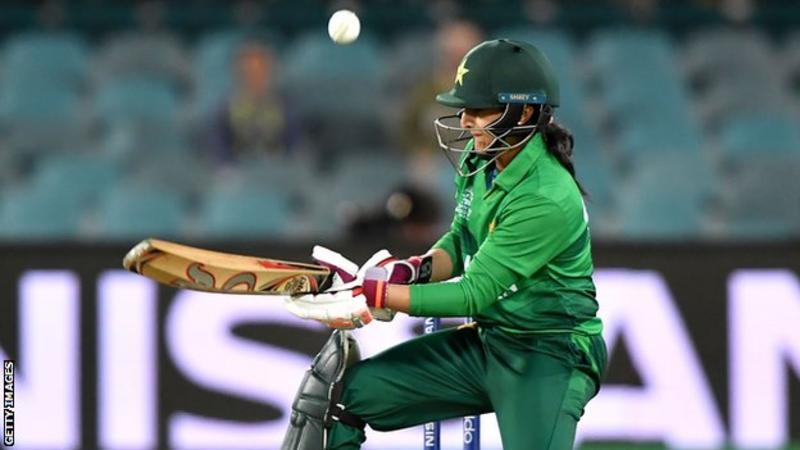 Pakistan captain Bismah Maroof has been ruled out of the rest of the Women’s T20 World Cup in Australia after fracturing her thumb against England.

Maroof, 28, sustained the injury when she miscued a ramp shot off Katherine Brunt that led to her being caught behind during Friday’s 42-run defeat.

Batter Nahida Khan will replace Maroof in the squad, while opener Javeria Khan will take over as skipper.

Pakistan next face South Africa in Sydney on Sunday.

Their final Group B game is against Thailand on Tuesday, with Pakistan currently fourth on two points.

Bismah scored a vital 38 not out to guide her side to victory over West Indies in their opening match, before that defeat by England in Canberra.

Nahida, 33, has played in the last four editions of the T20 World Cup but made only 15 runs in three matches against England in Malaysia in December.