Cycling’s crown jewel is a bit like a babushka doll. Every stage of the Tour de France is a race within a race.

The Tour – involving 23 teams of eight riders each – is comprised of 21 stages raced over 23 days. The terrain of each stage varies to suit the peloton (the main pack of riders), which is made up of sprinters, climbers, time triallists, domestiques (support riders), and super domestiques (the lead riders’ main lieutenants), all of whom have a job to do for their team – whether it be winning, themselves, or supporting a teammate to victory. 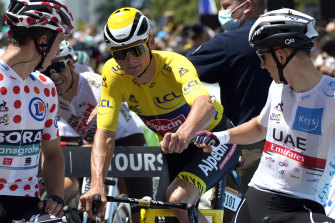 There is the competition for the stage wins, and then within that a long-term game for four classifications that are decided on the last day – July 18. In every stage riders competing for one of the classifications have opportunities to improve their position on the leaderboard. For the green jersey, that may be sprinting for maximum points at an intermediate sprint “prime”, and at the stage finish. For a yellow jersey contender, that would be staying safe on flat stages so they don’t get caught in a crash and lose time, and then, on a mountain stage, climb the quickest, for example.

The leader in each classification wears that jersey (yellow, green, polka dot or white) during the race, and whoever is at the top of the table when the race returns to Paris takes that jersey home. Current national road champions competing in the race wear their country’s colours on their Tour team’s jersey, while the reigning world champion’s jersey features distinctive horizontal stripes. 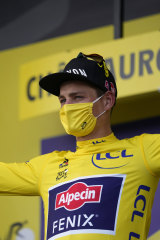 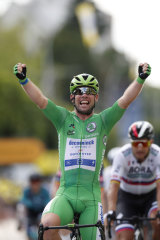 General point classification
The green jersey, or maillot vert, is awarded to the person who tops the points classification. This competition is usually reserved for sprinters or more versatile riders known as puncheurs. Contenders for the green jersey collect points on intermediate sprints (sprints that take place at designated sections during a stage), and at stage finishes, with maximum bonuses on offer for those who win each. The person with the most points come Paris wins. 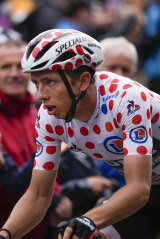 Best climber classification
The polka dot jersey is awarded to the climber who accumulates the most points from the categorised climbs throughout stages. Points awarded at each depend on the severity of the ascent. Climbs are categorised by a number, ranging from most difficult to least difficult. Riders who crest first take the maximum points on offer. At Tour’s end, the overall winner of the classification is known as the ‘King of the Mountains’. 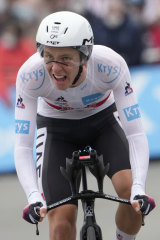