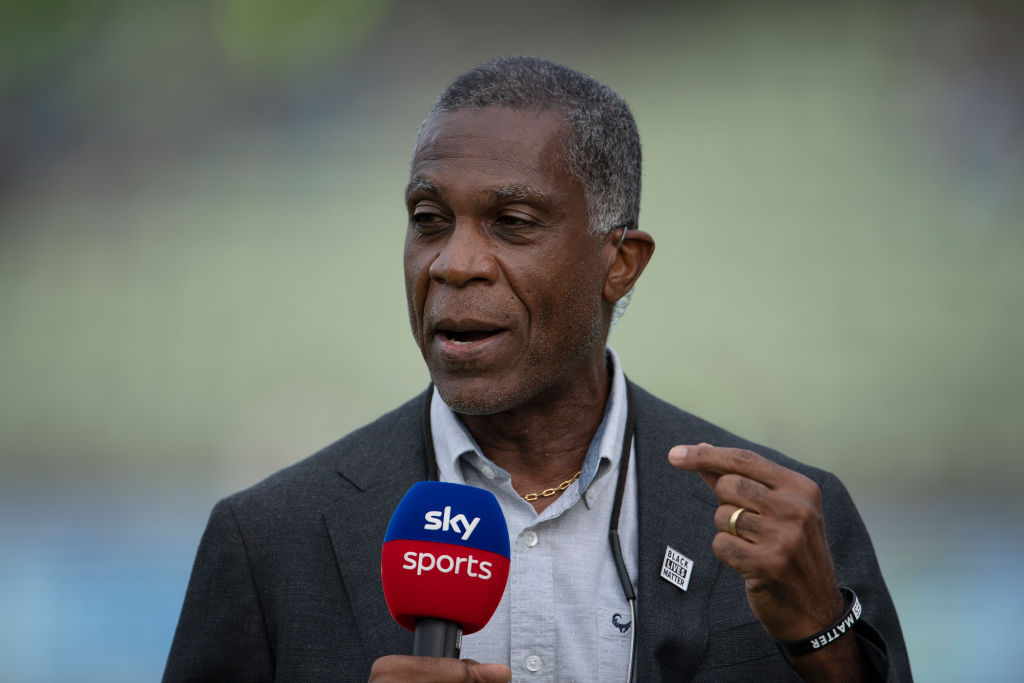 West Indies legend Michael Holding has criticised England for pulling out of their tour of Pakistan and says the decision showed ‘Western arrogance’.

England were due to send their men’s and women’s teams to Pakistan for white-ball games, but withdrew last month citing ‘increasing concerns’ about travelling to the region and bubble fatigue.

New Zealand pulled out of a tour of Pakistan just three days before the ECB’s announcement due to a ‘specific and credible threat’.

‘The ECB statement doesn’t wash with me,’ said Holding after receiving the Cricket Writers’ Club Peter Smith Award. ‘No substance.”

‘Nobody wants to come forward and face up to anything because they know what they did was wrong.

‘So they put out a statement and hid behind a statement. It just reminds me of the rubbish they did with Black Lives Matter.

‘I won’t go back into that because I’ve said enough about that. But what that signal sends to me, is the same Western arrogance.

‘I will treat you how I feel like treating you, it doesn’t matter what you think, I’ll just do what I want.’

The ECB agreed to tour Pakistan last year after the Pakistan’s men’s team travelled to England for three Tests and three T20s in the summer of 2020.

That tour took place in a bio-secure environment without fans and in the midst of a coronavirus crisis in England.

Pakistan Cricket Board chairman Ramiz Raja responded to England’s withdrawal by saying their reasoning was ‘not good enough’.

‘They stayed, they played their cricket, they honoured what England wanted them to honour, to save England’s butt, to put it mildly.

‘Four days in Pakistan? I’m absolutely sure they would not have done that to India, because India is rich and powerful.’

Pakistan’s men travelled to England for three Tests and three T20s in the summer 2020 – all in a bio-secure environment without fans – within the first six months of the Covid-19 pandemic.

Holding, who is set to retire from commentary, was rewarded by the Cricket Writers’ Club for his ‘outstanding contribution to the presentation of cricket to the public’.

After enjoying a brilliant career in the game, Holding went on to become one of the most popular commentators and has passionately spoken about racism over the past 18 months.