Sir Mark Prescott is determined to enjoy what could be his ‘last big chance’ when Alpinista lines up in Sunday’s Qatar Prix de L’Arc de Triomphe as the best British-trained hope of bringing home the €5million stellar prize.

Newmarket’s longest-serving trainer — he took over at Heath House stables in 1970 — has only had one previous Arc runner, Foreign Affairs, who was 10th to Sakhee in 2001.

But he heads to Longchamp with a five-year-old mare who has won her last seven races, five at Group One level, and is arguably the form pick of the race after beating Torquator Tasso last season before the latter landed the 2021 Arc. 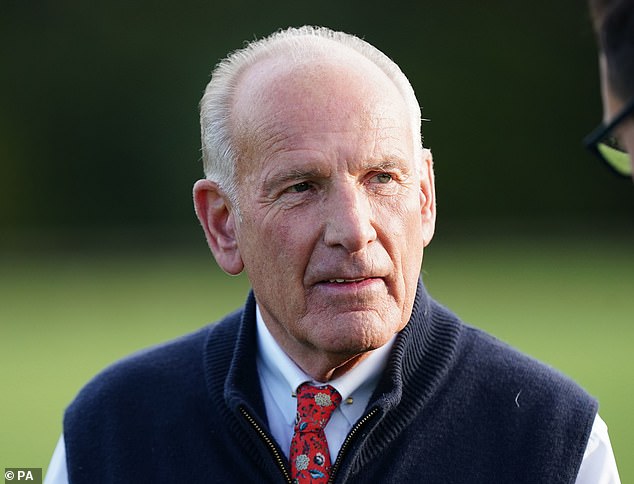 The pair face each other again in Paris as 20 runners line up for the biggest race in Europe alongside a talent-packed field which includes Irish Derby winner Westover, French Derby and Eclipse Stakes winner Vadeni, Irish Champion Stakes winner Luxembourg and highly-rated Japanese challenger Titleholder.

Prescott said: ‘I didn’t think I’d get nervous. I’m not nervous about horses normally, but I am this time. It is the last great chance probably and a wonderful opportunity. I’m determined I’m going to enjoy it.

‘I’ve got to 74 years old and last year we had a fantastic season with 46 winners and three Group Ones wins. You couldn’t have a better year — and I went from being sent 30 yearlings to 20. Suddenly you have been around too long and there are a lot of good young trainers around. I have no quibble with that. It’s inevitable, it is time.

‘So is Alpinista important on Sunday? Enormously, when you get much nearer the end than the beginning. It has taken me 53 years to get one to be second favourite for the Arc. I’m unlikely to have another shot.’ 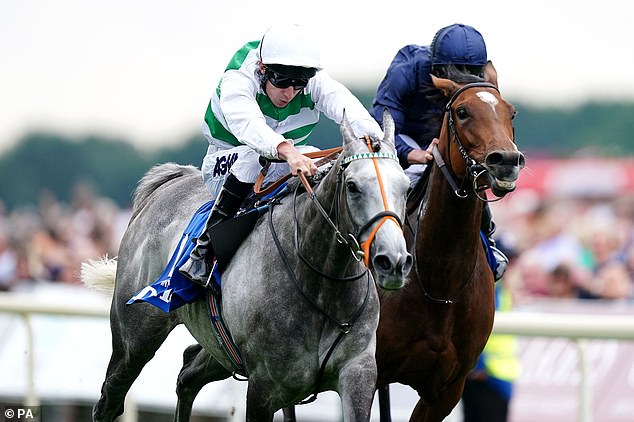 Alpinista, left, when it won at York in August, as good preparation ahead of Longchamp race

Prescott once turned down the offer to train 20 yearlings a year for Sheik Mohammed because he never wanted to have more than 50 horses in his stable to which he could devote his full attention — and throughout his career he says he ambition has been to be the best trainer rather than champion trainer.

If Alpinista could win the Arc, he says the achievement would rank alongside — but not better than — both that of training Spindrifter to win a then record 13 races as a two-year-old in 1990 and Masafi to land an amazing seven wins in 18 eight days in 2004.

That is because it is the planning of a racehorse’s career that fascinates the man who would have liked to be a criminal barrister if he hadn’t been a trainer.

Prescott, whose alarm is set for 3.30am every morning during the summer, added: ‘We all get a big win or two if we get lucky and the irresistible temptation to be a clever dick as always overcomes me!’

Prescott is a reluctant traveller to Longchamp. He watched from Newmarket when his sprinter Marsha won the Group One Prix de L’Abbaye de Longchamp in 2016. Sunday is when each one of his 58 owners gets a personal phone call from their trainer.

But he will travel over to Paris with Alpinista’s owner-breeder Kirsten Rausing. 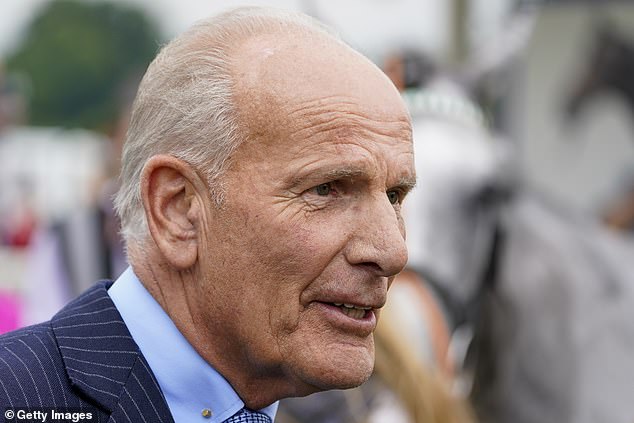 Prescott will travel to Paris with Kirsten Rausing, the owner-breeder of hit mount Alpinista

Prescott’s life was changed forever when he broke his back aged 17 while riding in a race at now defunct racecourse Wye. Unable to move, speak or even blink he feared the worst. The experience coloured his approach to life.

‘No matter how vivid your imagination I don’t think you can imagine what that’s like,’ Prescott said. ‘You are seized with fear. It absolutely changed everything. If horses run badly it is disappointing but it is not the end of the world.’

The experience ensured Prescott is a 100 per-center whether tackling work or outside interests, once writing a 500-page book on greyhound racing.

He also has a had fascination with bullfighting since as a 15-year-old he read Ernest Hemingway’s The Sun Also Rises and took a girlfriend to see the running of the bulls and bullfights at Pamplona in Spain. 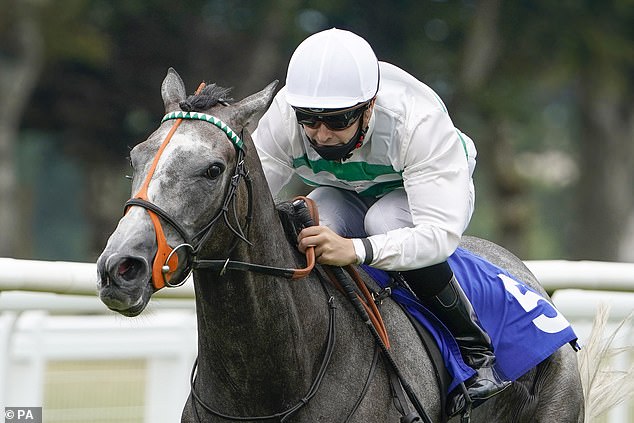 Nowadays Prescott travels to France or Spain four weekends a year to take in the bullfights. That throws up the possibility of a remarkable coincidence. The Spanish call bullfights Corrida, which was the name of the last five-year-old mare to win the Arc in 1937.

A positive omen for Alpinista maybe?

‘That is a pretty horrific stat,’ said Prescott with a smile. ‘But I hope there might be a little symmetry!’