Phil Salt has the chance to shake up England’s stuttering batting when he attempts to fill the giant shoes of Ben Stokes on Friday.

The Lancashire opener is set to play on his home ground of Old Trafford as England turn to the first of their bulging collection of big-hitting reserves to arrest the apparent decline in their white-ball hitting.

The change for the second one-day international against South Africa may have been enforced because of the shock retirement of Stokes but there is no question England need the infusion of new blood Salt can bring. 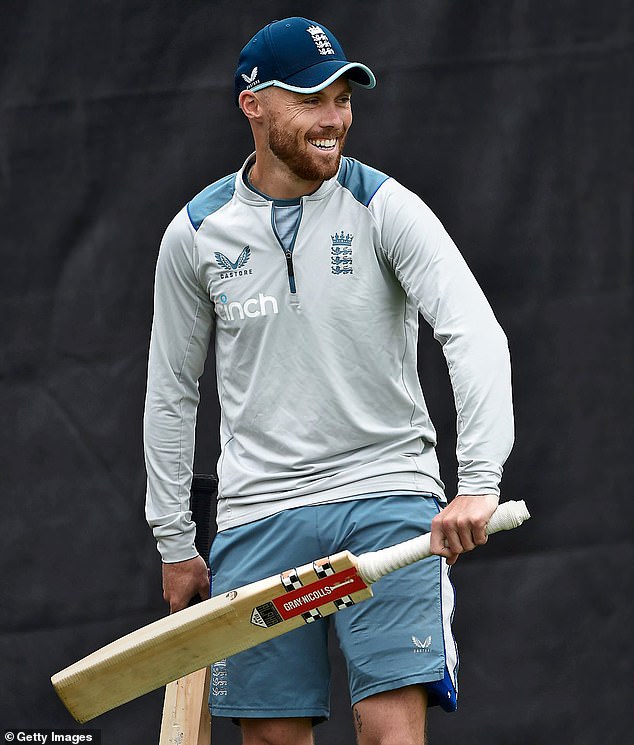 And the explosive Salt knows he has to take his first real chance in a full-strength England line-up after impressing on his 50-over bow in last year’s emergency squad against Pakistan and then in the Netherlands earlier this season.

‘I just have to take this opportunity now,’ said Salt on Thursday. ‘I’ve been on the fringes for a while and I want to get in there and show people what I can do.’

Salt has made all six of his 50-over appearances for England at the top of the order and has a highly impressive average of 58.67 with a strike-rate of 132.33, admittedly with three productive appearances in Amsterdam swelling the numbers.

But he looks set for a middle order role on Friday, as England keep faith with Jason Roy in the long-standing opening partnership with Jonny Bairstow that has provided inspiration for Salt. 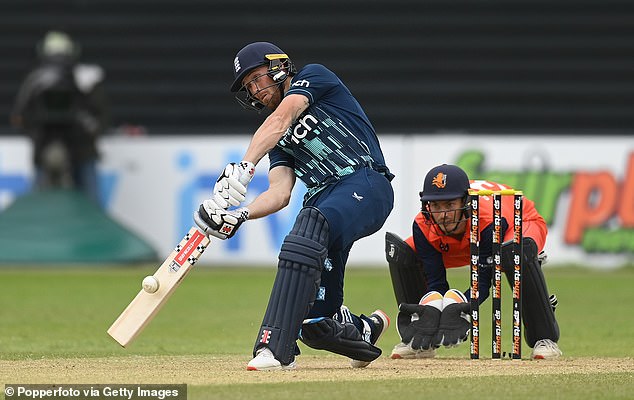 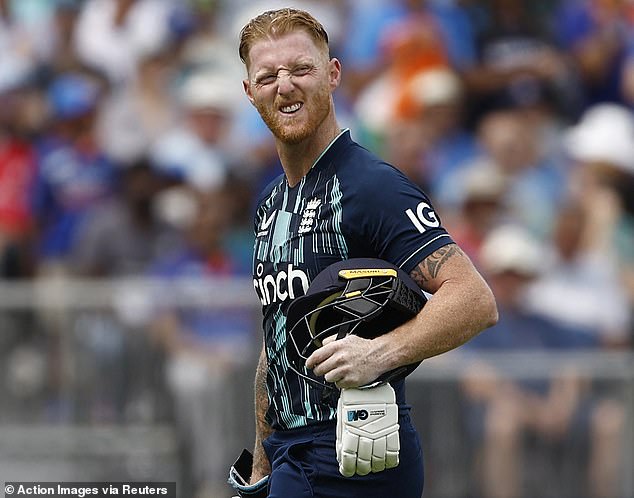 The Lancashire man will be looking to fill the void left by Ben Stokes, who has retired from ODIs

‘I’m slotting in wherever the chance comes,’ said Salt. ‘We have the best opening partnership in 50-over cricket. There’s no doubt about that. Look at the numbers and the way they’ve changed how the game is played.

‘There’s a lot of people in international cricket who want to copy them and follow how they play. They’ve set the bar for a few years now and definitely set the template if you’re going to play for England.

‘Everybody who bats in my position around the country would have seen what they’re doing and tried to emulate that. We are all trying to keep pushing the boundaries and take it further.’

So Salt, 25, is comfortable on Friday whether England throw him in at four or promote captain Jos Buttler and Liam Livingstone and slot him in at six.

‘I’m very aware the best players in the world can bat anywhere, you see that looking around the top domestic leagues,’ he said. ‘The best are the ones that can adapt, improvise and find different ways of getting the job done from all situations.’

Salt will be making his debut international appearance at a ground where he saw his first game of cricket as an eight-year-old growing up in North Wales before his family spent five years living in Barbados where he qualified to represent West Indies.

He returned to England aged 15 and went back to his roots in the north-west via a spell at Sussex. ‘I love playing at Old Trafford and it’s very cool to be back here, not just playing for Lancashire but hopefully playing for England here now too.’

This is a big match for an England side who have been bowled out in each of their four 50-over matches under Buttler against India and now South Africa on Tuesday.

They have won just one of those games and will also bolster the bowling today by bringing back Reece Topley, probably at the expense of Matthew Potts, who could manage just four overs on his ODI debut in Durham before succumbing to the exceptional heat.

‘We know what we need to do,’ added the confident Salt. ‘We know how good we are so it’s a case now of sticking our chests out and proving it again and again.’