Among the many stories attributed to Tony Blair’s former press secretary Alastair Campbell, back when managing the news agenda would be his primary focus, was the “10-day rule” for surviving a scandal.

These 10 days were, give or take, the length of time he reputedly believed a beleaguered politician needed to survive before the news cycle moved elsewhere. It is a concept that comes to mind when studying the behaviour of the England cricket team.

They have had more than 24 hours to respond to Azeem Rafiq’s devastating disclosures about the racism that has poisoned their sport, perpetrated by at least one of their former colleagues. Instead, their strategy for navigating this crisis appears to stretch no further than sitting tight and hoping it fades into the background.

Members of England’s Ashes squad, quarantining 10,000 miles away on the Gold Coast, might delude themselves into thinking they are remote from Rafiq’s testimony at Westminster. That threatens to be a mistake.

Silence on racism, of all issues, risks looking an awful lot like complicity. Eight of the travelling party were part of the Test set-up at the same time as Gary Ballance. Yes, the very Ballance who would call Rafiq a “P—“, allegedly asking “does your dad own these?” whenever they drove past a corner shop, and while describing any person of colour as “Kevin”.

It strains credulity to imagine that Joe Root, in particular, was not aware of the slurs that Ballance would deploy in the name of “banter”. After all, the pair shared a house while at Yorkshire together. 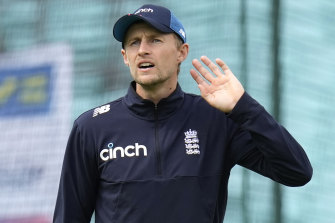 England captain Joe Root, who was part of the Yorkshire set-up at the time of the incidents alleged by Azeem Rafiq, is yet to speak directly about the saga.Credit:AP

The pair were so inseparable that they conducted a joint interview in 2014, joshing about their shared meals of steak, egg and chips, plus the practical jokes they would play on Ryan Sidebottom.

Rafiq, while attesting to Root’s quality of character, said pointedly: “I found it hurtful, because Rooty was Gary’s housemate and had been involved in a lot of the socialising where I was called a ‘P—‘. It shows how normal it was that even a good man like him doesn’t see it for what it was.’” The comments that Root simply shrugged off, he explained, were ones that still cut him to the core.

These reflections alone should prompt Root to break cover from his Queensland bubble and offer a sincere apology for how the culture of casual racism at his home county made Rafiq feel. A valued contemporary of his had just bared his soul to a select committee, recalling how he had been driven to the brink of suicide and how he did not want his children to go near cricket.

If now is not the time for the England Test captain to respond, then when?

Root, evidently, would much prefer that the uncomfortable attention just drifted away, noting that “the Ashes are fast approaching”.

So far, all Root has presented are boiler-plate platitudes. His statement last week read more like a pre-emptive strike ahead of the parliamentary hearing than a sincere attempt to understand the depths of Rafiq’s anguish.

“I will reach out”, “this is a societal issue”, “we need to educate, unify and reset”: it was all so vanilla, so corporate, as if dictated by a nervous PR rather than having been penned with his own hand.

Somewhere along the line, English cricket has disappeared so far down the rabbit hole of boardroom jargon that it has forgotten that the finest leadership comes from the heart. It is one of the great frustrations of how Tom Harrison, chief executive of the England and Wales Cricket Board, has handled this debacle. The most powerful individual in the domestic game would like us to believe that he is somehow passive in all this, that he can shelter behind excuses around the ECB’s regulatory function, even when Yorkshire’s former chairman claims he had the discretion to step in.

He could have gone full sackcloth and ashes, but chose, instead, to refer to the board, to his legal counsel, to anybody but himself. Root, sadly, seems to have retreated into the same bunker mentality.

It would be difficult to conceive of a more damaging picture than the one painted this week by Rafiq, a man who had grown up inspired by England’s Test icons but who wound up betrayed, discredited and abandoned by his sport. This was not just a denunciation of Yorkshire. Mentions of England ran through his story: how he found heroes in Matthew Hoggard and Michael Vaughan, stars of the 2005 Ashes, how his own aspirations of representing his country ran aground.

But from England’s bio-secure fortress, there has been not a murmur. Root, evidently, would much prefer that the uncomfortable attention just drifted away, noting last week that “the Ashes are fast approaching”.

Indeed they are, but so too is a moment of reckoning for the game he loves. It is one in which the England captain, the figure who ostensibly sets the standards, should be making himself heard, passionately and without filter.