Joe Root believes the combination of Ashes defeat and Covid complications could bring his England side together in adversity.

Any hopes of reclaiming the urn were left behind in 2021 after heavy defeats in Brisbane, Adelaide and Melbourne and the new year has hardly done much to lift the gloom ahead of Wednesday’s fourth Test.

Instead, the backroom team has been stretched to breaking point in Sydney by the enforced absences of head coach Chris Silverwood, Jon Lewis, Jeetan Patel and Darren Veness – all of whom are isolating with the virus. 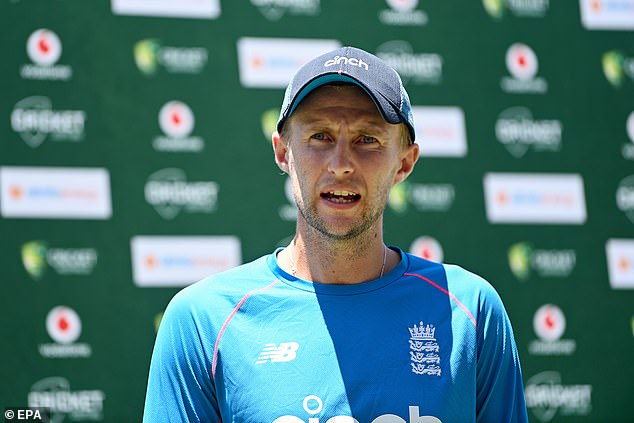 Even when England sent for cavalry, in the shape of former one-day captain Adam Hollioake, a 550-mile drive ended with confirmation that he had been identified as a close contact and would not be able to work with the team.

Other support staff have been drafted in to support training drills, including those from the communications and medical teams, while players have been offering each other tips, advice and throwdowns in a bid to maximise the sessions.

As captain, Root has been throwing himself into the extra work and hopes an even tighter bond comes out of their recent trials.

‘With the amount of coaches we have had missing, it has made things disjointed and challenging but it is a chance to come together,’ he said. 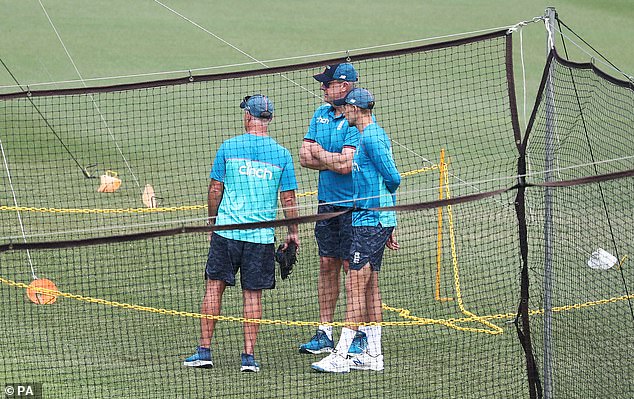 ‘You have to stand up and fill those voids where they are. It does not come just from me. Every single player has to muck in to give everyone the best chance to train as well as they can.

‘Training looked very different yesterday and today but it is an opportunity for us to help each other out, get tight and stand up in a bit of adversity.

‘Sometimes when you look around the dressing room and see someone who has helped you out, it can galvanise you as a team.

‘That is what we need now: stick tight, stay together. It would be easy to get fractious and point fingers at who could be better but we are in this together. As a team we have not performed as well as we can do. We have to stand up, and take our chances here.’

Beyond the England staff, there are plenty of other coronavirus concerns in the background. 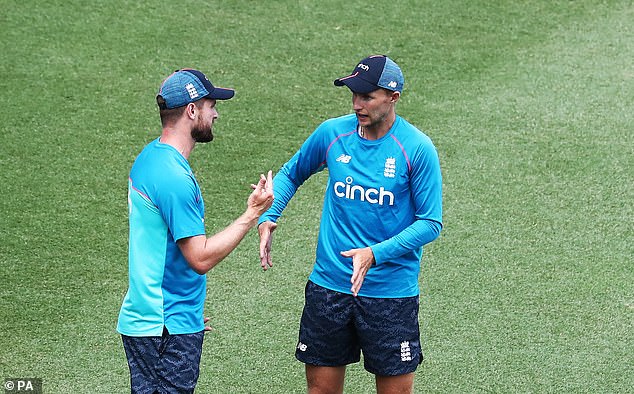 Steve Bernard will step up as match referee after David Boon was sent into isolation, Cricket Australia chief executive Nick Hockley has also tested positive and Glenn McGrath has already missed the launch of the ‘pink’ Test, which sees money raised for his breast cancer charity the McGrath Foundation.

Most worrying still, England’s training session on Sunday was interrupted when it transpired that at least one local bowler taking part in the nets had returned a positive test.

‘Nobody was put at risk or close contact. It’s just one of those frustrating things that can happen in and around the environment we are playing in,’ said Root.

‘We’ve got to trust the medical advice. There is an element of anxiety around Covid and around the games as well, but it is the world we are living in, we’ve got to manage it as best we can. It is disjointed and it’s not an ideal set of circumstances but we have to front up to the best we can get and get as much out of it as we can.’