Home » Richard Johnson feels sorry for whoever fails at Sandown

Down to the wire! Four-time champion jockey Richard Johnson feels sorry for whoever fails between Brian Hughes and Harry Skelton in big duel at Sandown

Four-time champion jockey Richard Johnson says defeat will be tough to take for whoever loses out in the fierce battle between Brian Hughes and Harry Skelton for the jumps jockeys’ championship which concludes at Sandown on Saturday.

Skelton will take a six-winner lead into the final week of the season after a double at Bangor on Saturday.

Johnson relinquished his title to Hughes last year after a broken arm hampered his defence and the season came to a premature end because of Covid-19. 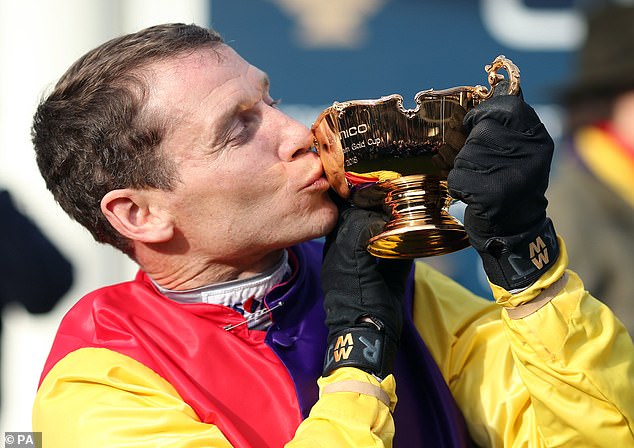 But the second-most successful jockey in jump racing history, who retired two weeks ago, knows all too well about the commitment needed to be champion through his own exploits and his long-running rivalry with 20-time champion Sir Anthony McCoy.

Johnson said: ‘If you win, you feel it’s all worthwhile and you’re riding on a high of emotion. But if you get beaten by a few winners it will take more of a toll on you.

‘Brian and Harry have had fantastic seasons but it won’t feel like that for whoever is second on the final day. I wish I’d been in the position to go for the title this season but at the same time there’s no let-up. 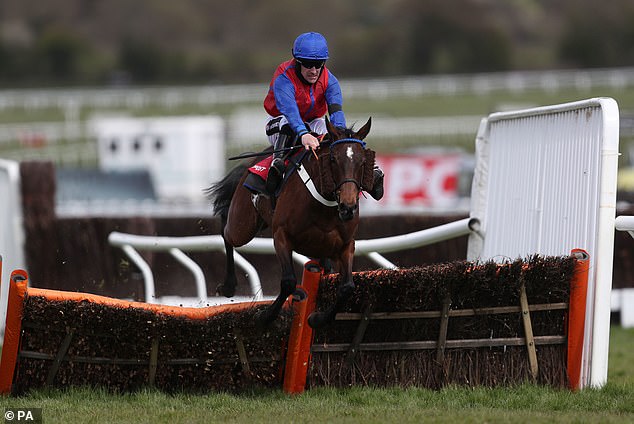 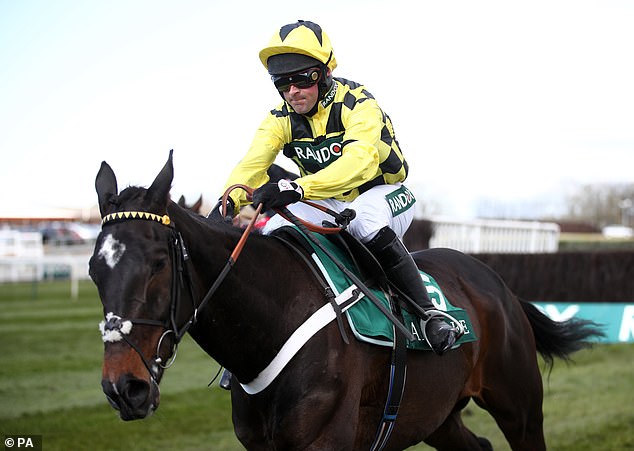 ‘Even though the season didn’t start until July 1 because of Covid, both these lads have been flat-out during the winter. I’m sure they’re looking forward to the season ending on Saturday and that their hard work will have been worth it.’

Johnson, who will be at Sandown, added: ‘This is the position Brian and Harry both want to be in — they’ve worked hard to be in — to become champion.

‘There are lots of different angles and emotions and they’ll be feeling the strain. It’s both physical and mental. You might be a bit stiff and sore from a fall but you never want to take a day off. I used to get stressed and you take it out on those closest to you. Their families will probably be looking forward to the end of the season as much as they are.’

Hughes and Skelton head to Ayr this afternoon for the Coral Scottish National card which has been delayed for 24 hours because of the funeral of Prince Philip. Skelton has six rides, Hughes has seven.

There are nine Scottish-trained runners in the Scottish National which has been reduced to a 22-horse field with the withdrawal of Sue Smith-trained Vintage Clouds, one of the co-second favourites with the sponsor after his win at the Cheltenham Festival.