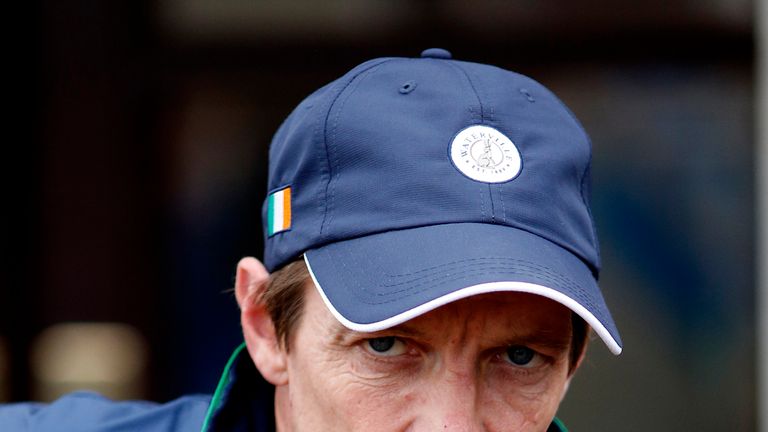 The teenage apprentice racked up a treble with Mukha Magic, Hughes’ Queen Of All and then Light Lily on Wednesday afternoon at Southwell, before adding a fourth winner on Hieronymous at Kempton’s evening meeting.

Rooke, who is not from a racing background, attended the British Racing School before Hughes took him under his his wing in 2017.

The following summer, he had a winner with just his third ride – scoring on Kath’s Legacy, owned by Merv Cox, at Chepstow in July 2018.

“He hasn’t come from a racing background – he’s got his head down and he’s always willing to learn. He’s doing well.

“As kids go along, they make all the mistakes in the early days. They all have a level of ability. They can either ride or they can’t, and if I didn’t think they could ride I wouldn’t let them race-ride.

“Where I can help them is race-riding. That’s where they all struggle. A lot of them can’t race-ride. In the early days, that is drummed into them every ride they have. It’s a short cut – they are learning straightaway how to race-ride.”

The willingness to graft is a major asset, of course, and Hughes added of Rooke: “He’s very light, and comes into work every day and is keen.

“Gay Kelleway has put a lot of faith in him as well. I know I’m not giving him loads of winners, but I’ve done the ground work on him.

“When people ring him up, he’s able to conduct himself in a manner – and race-riding, which is acceptable. I owe it to them. I was lucky, I had my dad (Dessie Hughes).”

The Lambourn trainer is not planning to take on any more apprentices, however, because of the new system being brought in by the British Horseracing Authority.

“They are the last lads I’m going to have. Under the new system, I won’t be bringing any more in,” he said.

“I bought a horse in October for Tyler (Heard) – and he got his first five rides out of him – and I was able to approach an owner and ask if he could ride Kath’s Lustre, which was his first ride. Without those horses, I can’t put them on that first ride.

“Luckily a good man will put them up. Merv Cox has been very good to them. Both rode their first winner for him.

“Going forward, it is costing me money and affecting my business. The goalposts are going to change from now – unless they change something.”