Reece Topley is vindicating a philosophical attitude to death bowling after England team-mate Saqib Mahmood was pulverised in the final over of the second Twenty20 in Bridgetown.

Topley’s penultimate over cost just eight runs and left West Indies with 30 required from the 20th delivered by Mahmood.

They took 28 during an extraordinary boundary blitz – Akeal Hosein finishing the innings with a hat-trick of sixes on his way to a record-breaking, unbeaten 44 for a number 10 – as Eoin Morgan’s B listers held on by a single run. 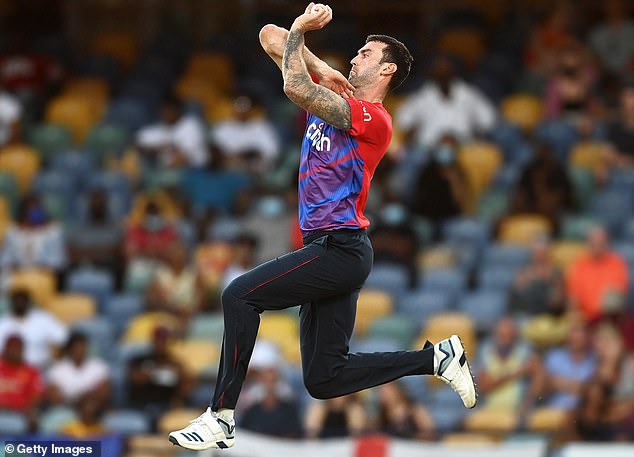 But the Surrey left-armer, who took one for 18 in his first appearance for six years, accepts the boot could easily have been on the other foot.

‘I’ve been in that scenario, and I think you can just get wrapped up in everything, especially when you’re away from home,’ Topley said, after a one-run England win deadlocked the series at 1-1.

‘The West Indies were behind the eight-ball for a lot of the innings, the fans were quiet and then suddenly some boundaries go towards the end and they’re all up out of their seat and the noise was amazing.

‘I’ve been there before where you just get wrapped up in it. It’s the pressure scenario, the whole match becomes a match within a match in those last few overs. 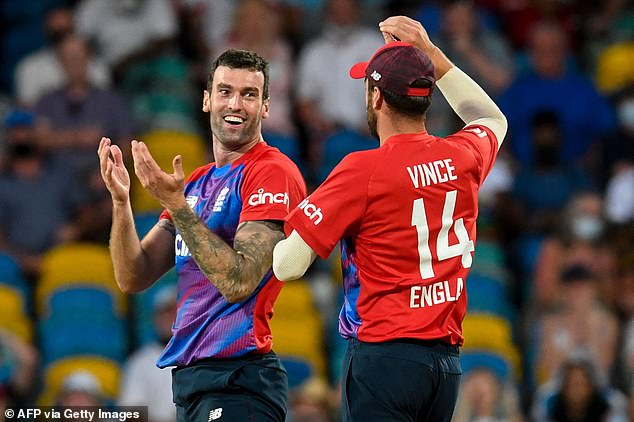 ‘You have to isolate each ball, forget what’s happened before and just commit at the end of your mark.

‘There are games where you’re the good guy and there’s games where you’re the bad guy. It’s the nature of being the guy that bowls at the death or bowls up top in those key parts of the innings that when it doesn’t fall your way, you’ve got to get up the next day and be just as hungry for the game to be put on your shoulders again.’

Following a chequered career with fitness, Topley is simply relishing more international opportunities in this five-match campaign at the Kensington Oval. 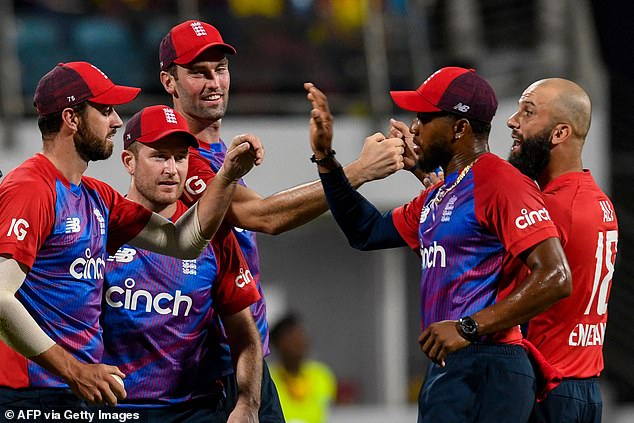 ‘When you are injured, you’d almost bite someone’s hand off to play in a T20 and bowl four overs for 40-something,’ he said.

‘I think that attitude has boded well for me since coming back and playing, because those pressure scenarios, I just embrace them.

‘I almost feel like it’s normal to be nervous and it’s exciting because it’s a game on the line for your country.’