An exciting clash looms on Thursday at Wyong between two progressive types, Shirshov and Nickelback, who both look well above maiden grade.

Godolphin galloper Shirshov had every chance when running second at Hawkesbury 14 days ago but raced well in a high-rating race relative to the day and beat the rest easily. 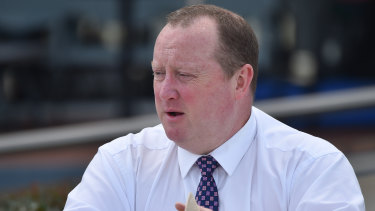 The three-year-old gelding chased hard in the straight, and Punter’s Intelligence recorded he ran one of the quickest final 400m splits of the entire meeting in 11.97.

He is suited back to 1000m in the Finger Lickin Good Maiden Plate, will improve with fitness, and has a tactical map advantage over his main rivals. In addition, a repeat of his last start figure/effort will make him hard to beat.

Nickelback is a serious threat after an honest effort at Canterbury before spelling last preparation.

The three-year-old gelding’s run had hidden merit after chasing a fast tempo and then was checked/blocked at a critical stage before picking himself up to close off well.

Some query on a heavy track but, if the team Hawkes trained galloper has returned improved, expect him to be fighting out the finish.

The Zing On Prov & Ctry Maiden Handicap (1100m) is another contest where two horses should clear out from the rest.

The Halo returned after a long break at Newcastle 19 days ago and was heavily backed ($8-$3.90) late in the trade first-up in a strong time race with decisive margins.

The Brad Widdup trained filly raced wide without cover the entire trip at a genuine tempo and was brave in defeat, holding on for third placing.

She has strong form-lines surrounding proven city class gallopers, gets jockey Hugh Bowman on for the first time and gives every indication she is set to peak second-up.

Fielding looms as the main threat after trying hard at Scone 20 days ago in a strong time race that has produced three subsequent winners.

Expect an aggressive ride early from the wide-draw and, if the three-year-old gelding can hold his first-up performance, he will be fighting out the finish.