NASSER HUSSAIN: Jos Buttler looks tired and short of confidence… he will need to produce something special with the bat to keep doubters at bay but he is worth persevering with

The potential of certain cricketers means you back them when the going gets tough — and Jos Buttler is one of those players.

He is worth persevering with, not just because of his white-ball brilliance but because you want players of character around the dressing room and Buttler adds a lot to this England team.

But his job as a wicketkeeper is, simply, to catch the ball and take his chances and Buttler did not do that here. 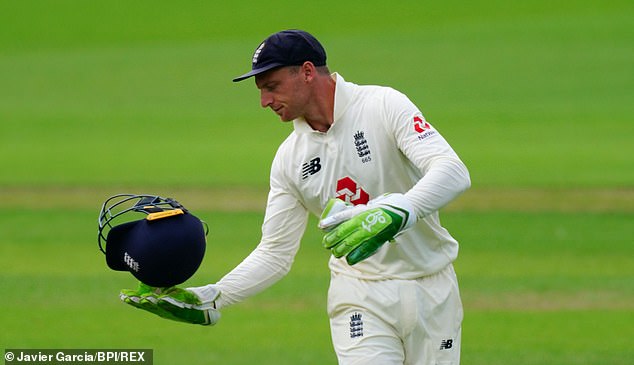 England’s Jos Buttler is worth persevering with, not just because of his white-ball brilliance

His two missed chances to dismiss Shan Masood on the first day were costly because he was on 45 and he went on to score 156. Then Buttler compounded those errors by dropping Yasir Shah on Thursday.

They all came off a young off-spinner in Dom Bess who is trying to make his way at this level and those wickets would have done wonders for his confidence.

Buttler had actually been keeping well, with the exception of that one missed chance off Jermaine Blackwood in the first Test against West Indies, and he compared favourably throughout the series with Shane Dowrich.

The problem for today’s keeper-batsman is that he has to do both jobs well. It’s not the same for an all-rounder such as Ben Stokes, who can go through a lean spell taking wickets if he is scoring plenty of runs. 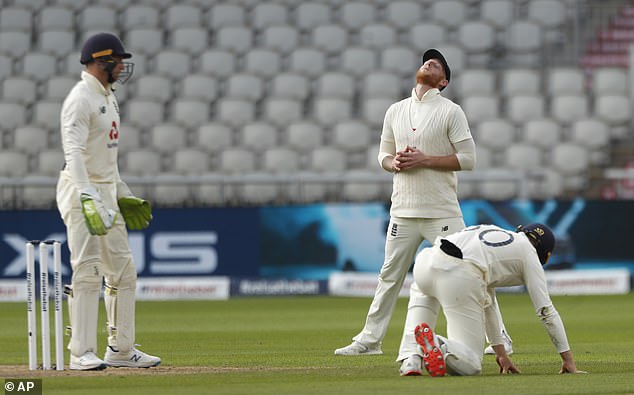 That’s why it was harsh of England to drop Jonny Bairstow to give the job to Buttler last year because his glovework at the time was excellent. And we also knew there was plenty of potential in Bairstow’s batting for him to come through his rough patch.

I thought England should have stuck with Bairstow because I didn’t see how Buttler was either a better keeper or a better batsman. But now they have to be absolutely sure they are doing the right thing if they do drop Buttler. I admire his determination to crack Test cricket. He could have taken the easier option of walking off into a white-ball sunset and playing more franchise cricket, while being an important member of Eoin Morgan’s limited-overs sides.

I applaud him because it shows the character in the bloke but bad days like yesterday will not satisfy the doubters nor ease the doubts in Buttler’s mind.

He is essentially a batsman first and so when he does make an error with the gloves it tends to be amplified and people start saying, ‘Ben Foakes is a proper keeper, bring him in’. 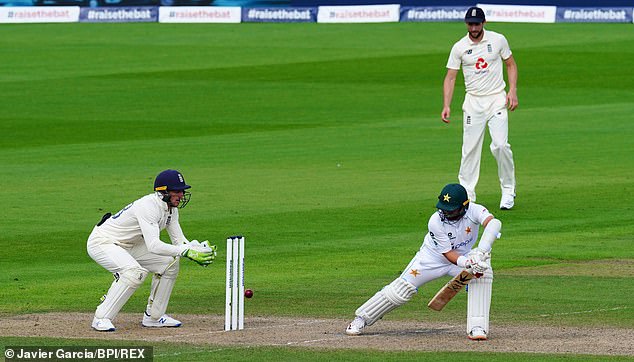 Of more concern is that Buttler looks tired and short of confidence, unlike in white-ball cricket.

He looks as if he gets down on himself in Test cricket and that creates more issues because a keeper must always want the ball to come to him. The poor throw that could have run out Shaheen Afridi towards the end of the innings summed it up.

This winter England are due to tour Sri Lanka and play India, possibly in the UAE — and that means turning pitches so they will want their best keeper. And Foakes is the better keeper, no question. Buttler, by contrast, has yet to take a stumping in Test cricket.

It will have done him the world of good to come through that testing half-hour with the bat on Thursday night with England in big trouble. If he goes on to smash some runs, that will buy him time again but he will need to produce something special to keep those doubters at bay. 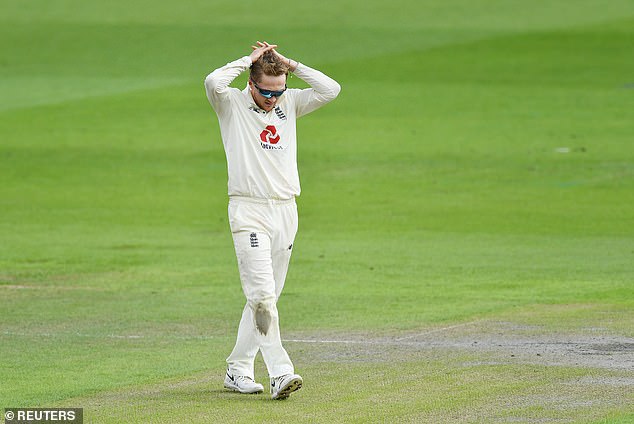