NASSER HUSSAIN: Chris Woakes has proved me wrong! Immaculate performances ensure he won’t be left out of any England team soon… despite scraping in for Australia clash

It is easy to under-value the Mr Dependable of the England line-up in Chris Woakes, a trap I fell into when pushed on who should be left out had Mark Wood been fit to face Australia.

My first thought was that it had to be Woakes — or perhaps Chris Jordan — as much as anything because he was way down the England Twenty20 pecking order when he spent more than five years out of the side.

Well, after another highly impressive display here against Australia, there is no way he’s going to be left out any time soon. 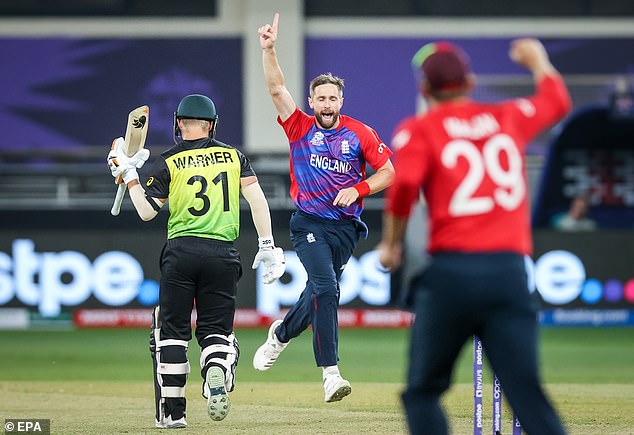 Woakes has been immaculate in his discipline on pitches that England feel have been perfect for him, especially the one in Dubai on Saturday that had a bit of grass left on it.

The surfaces have been a little two-paced and, if you keep on banging away on a length, things will happen. Contrast that with the bulk of the flat pitches prepared for white-ball matches in England in the last few years when length bowling has mostly disappeared.

When there is a bit of seam and swing, Woakes is the ideal bowler and he has been setting the tone perfectly with the new ball. He rarely bowls a bad ball and very rarely strays away from bowling it just back of a length at a good pace.

It fits in perfectly with what England are trying to do with the ball. 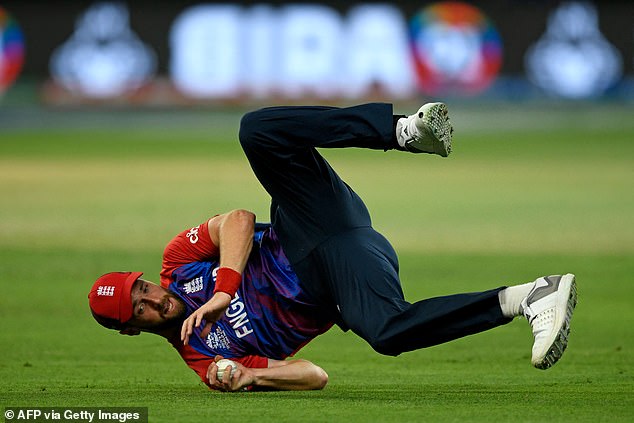 Contrast Woakes’ performance with that of Tymal Mills on Saturday.

Mills is the sort of bowler, with his pace and variations, you want on a flat pitch but, so far here, you want the more orthodox Woakes, who can operate in all three phases of a T20 innings.

Add the runs he can score and his effectiveness in the field, as we saw with that catch to send back Steve Smith, and you have an invaluable three-dimensional cricketer.

Remember, Woakes was only brought back into the T20 side because of injuries — and he is playing now in the absence of Jofra Archer, Ben Stokes and Sam Curran from the squad, and Wood from within the squad.

But what that shows is the incredible depth England have in white-ball cricket and that is true as much with the ball as with the bat. 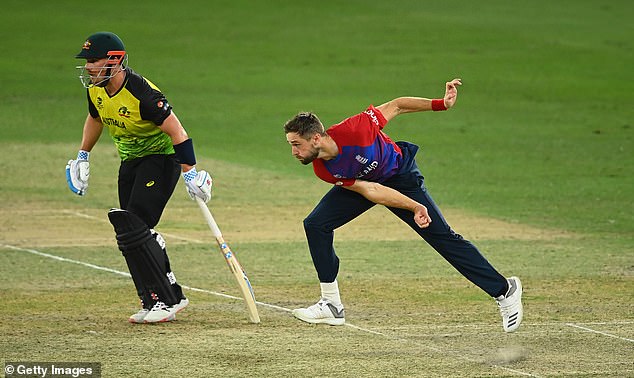 Because English players are so much better now in white-ball cricket, they are sought after throughout the world and Woakes has been one who has benefited from time spent in the IPL.

And yet there is every chance Woakes would not have started in this tournament had Wood been fit.

It is a shame for Wood because yet again an injury has forced him out when he looked set to play a leading role and it could be difficult for him to get back in the side.

That crushing victory over Australia was amazing, a phenomenal performance. It looked like being a real test for England but they absolutely nailed all their skills. 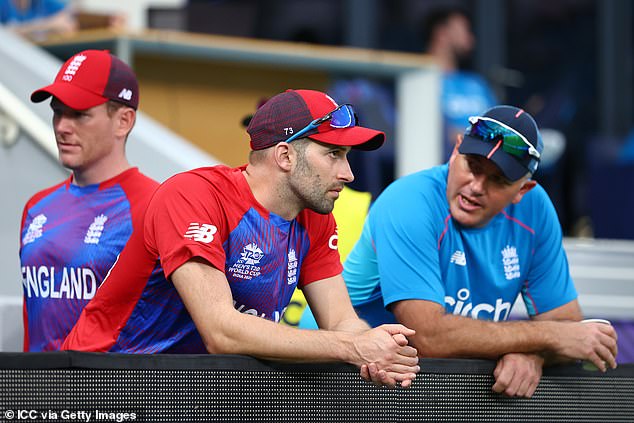 Mark Wood was ruled-out for the T20 World Cup game, but could have had Woakes’ spot

Captain Eoin Morgan continues to see every box ticked, the latest being an excellent performances from Jordan after a quiet couple of games and an incredible innings from Jos Buttler.

How smart it was of Morgan, too, to ignore Moeen Ali with the new ball this time because Aaron Finch is such a good player of off-spin and instead go early to Liam Livingstone who turned the ball away from him.

It is hard to see any cracks in this England line-up but they have a chance to tick another box on Monday when they play on a low, slow pitch in Sharjah against a Sri Lanka team who should be suited to the conditions.

They will have to adapt again but there is no doubt they are more than capable of doing that. It has been perfect from England so far.