Mitchell Starc and Travis Head in Australia team for first Ashes Test against England, with Usman Khawaja and Jhye Richardson missing out as new captain Pat Cummins reveals his hand three days before the match

Australia have named their team for the first Ashes Test three days ahead of time, with left-arm quick Mitchell Starc keeping his place and Travis Head completing the batting line-up.

Head coach Justin Langer had said he was keen to keep England guessing about the final make-up of his XI for the series opener at The Gabba, which gets under way on Wednesday, but the hosts instead chose to give an early look at their side.

Starc saw off stiff competition from in-form seamer Jhye Richardson, who pushed his case with eight wickets and a player-of-the-match performance on his most recent Sheffield Shield trip to Brisbane last month. 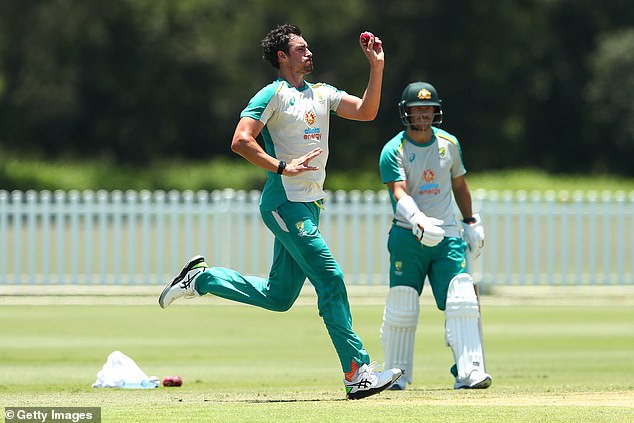 Mitchell Starc, seen bowing in training this week, has been picked for the first Ashes Test 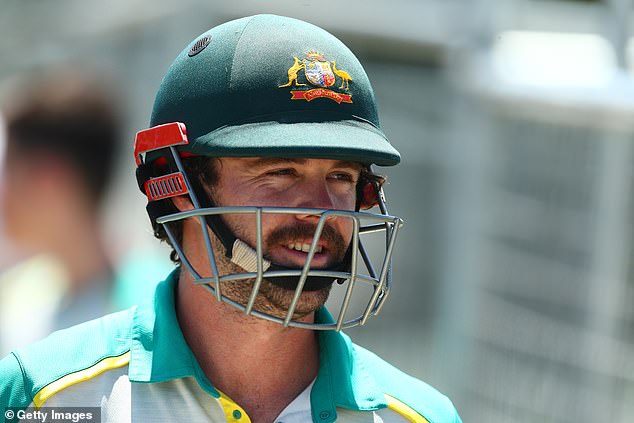 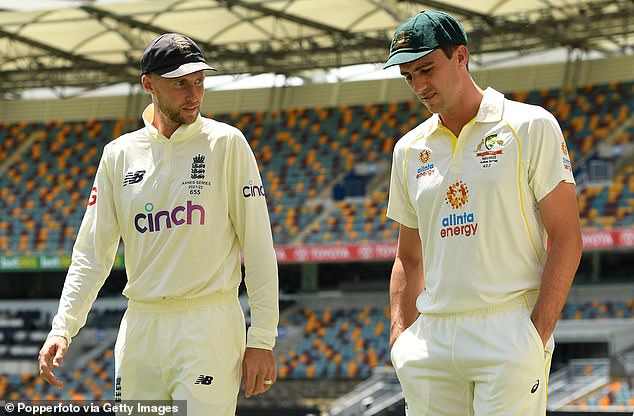 Head, meanwhile, got the nod over Usman Khawaja and will come in at No 5.

Pat Cummins, who will captain the side following the tawdry defenestration of Tim Paine, said the latter call had been a close run thing.

He said: ‘It was a tight one. They are both really good options. Experience is great from Ussie and we feel really lucky to have that in the squad, but Trav’s been playing a lot for us the last couple of years.

‘He’s gone away and he’s churned out runs in England, here in Australia, and we feel like he’s really ready to go.’

While Cummins is right about the 27-year-old’s current form in home conditions – he averages 49.25 in five outings for South Australia this summer – he may have been guilty of overstating his recent efforts in the County Championship.

He averaged just 18.30 in six matches as Sussex’s overseas professional in 2021, placing 15th in the end-of-season charts at Hove and well behind England bowler Ollie Robinson’s mark of 35.71.

Head has played four Ashes Tests, with a top score of 51 in the drawn 2019 campaign. 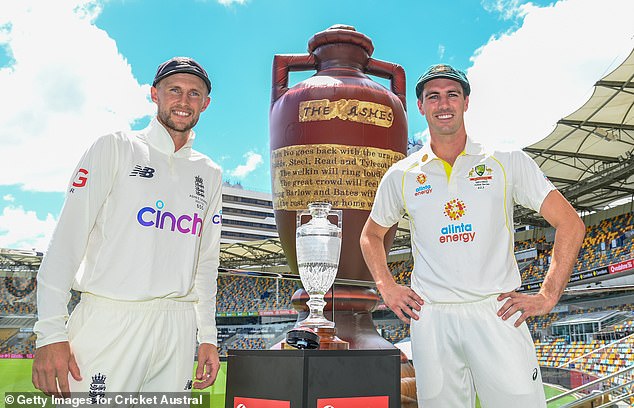 The decision to put Cummins in charge of the side, the first fast bowler to lead Australia since the 1950s, has drawn plenty of intrigue and he indicated he would not be taking the new ball as he gets to grips with the role.

‘No, is the honest answer. I probably won’t be first up but in recent years we’ve been quite fluid depending on the situation,’ he said.

‘I haven’t made up my mind but I think Joshy (Hazlewood) and Starcy will open up with me not far behind. That might change. If it’s late in the day and there’s only a couple of overs I might feel like I want to have a crack but it’s pretty fluid.’