Cricket is divided over the controversial move to scrap the term Australia Day from its promotion of Big Bash League matches on January 26, with the competition's two Melbourne teams to defy the move and another state chief saying staff would not be refer to the day any differently.

Cricket Australia was lashed by Prime Minister Scott Morrison on Thursday for dropping the words Australia Day from its marketing campaign for three BBL games on January 26, choosing to refer to simply the date instead. 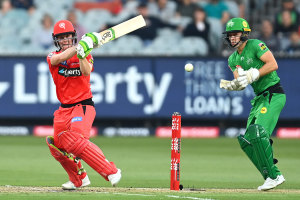 It was a recommendation made by CA's First Nation's Advisory Committee, which is co-chaired by board member and former international Mel Jones.

Teams are free to not follow the recommendation and there is anything but universal support within the game for the stance.

Nick Cummins, the general manager of Melbourne Stars and the commercial manager of both of the Victorian city's BBL franchises, said on Thursday that they would continue to promote the two games at the MCG on January 26 as Australia Day matches.

"Melbourne Stars' view is that this is a complex issue that needs time and extensive engagement," Cummins said.

"We didn't have anything overtly jingoistic planned for Australia Day but we'll continue to refer to the day as Australia Day this year.

"We were aware that this was something they were considering but we had made Cricket Australia aware that that wasn't a step we were going to make this year." 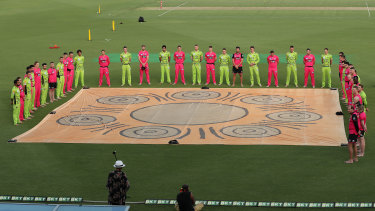 Western Australia Cricket Association chief executive Christina Matthews said that while Perth Scorchers were not hosting any of the three BBL games next Tuesday there would be no change of approach from them.

"We're not giving to our directions to our staff about how they should refer to Australia Day other than how it's always referred to," Matthews said.

Cummins accepted there needed to be a conversation about whether January 26 was the right day for Australia Day but added: "We need to do it in a timely and constructive manner rather than making an arbitrary decision at very short notice.

"We believe that this is a significant step and requires the full engagement of all of Victorian cricket," he said.

"We need to consult extensively with our board, our key stakeholders, our cricket associations, participants, fans and local Indigenous groups to gain an understanding about what the right way forward is and take people on the journey so that when we arrive at the position people don't feel like it's been imposed on them by Cricket Victoria."

The CA stance did receive backing from the Sydney Sixers, with general manager Jodie Hawkins also moving to help educate her players about Indigenous issues and Australia Day by organising a Zoom call on Friday with elder Marcia Ella-Duncan.

"It's not like we're calling it anything particularly inflammatory, but by referring to it by the date is a very modest step towards reconciliation, but an important one – even if the smallest gesture can help drive change we need to consider it," Hawkins said.

"The players will be getting some education about cultural awareness with Marcia, and Marcia was the first Indigenous woman to play netball for Australia.