Saqib Mahmood has set his sights on Test cricket after his player-of-the-series performance during England’s 3-0 ODI win over Pakistan.

His nine wickets at just 13 apiece were the most on either side, and Saqib was on Wednesday rewarded with a call-up to the T20 squad for the three-match series against the Pakistanis, starting at Trent Bridge on Friday.

The 16-man party includes nine of the players who were quarantined out of the 50-over matches, including captain Eoin Morgan, while Jos Buttler returns from the calf injury that has ruled him out of England’s last eight white-ball games. 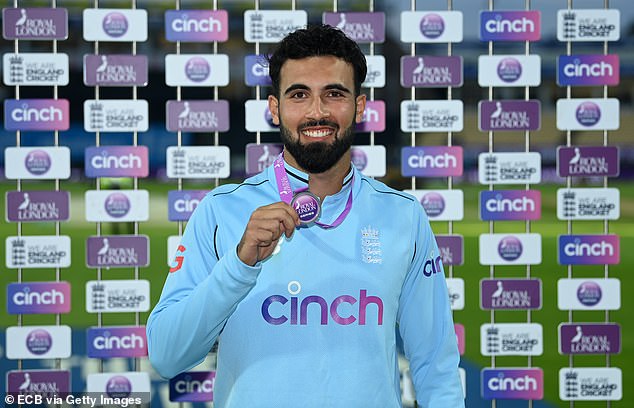 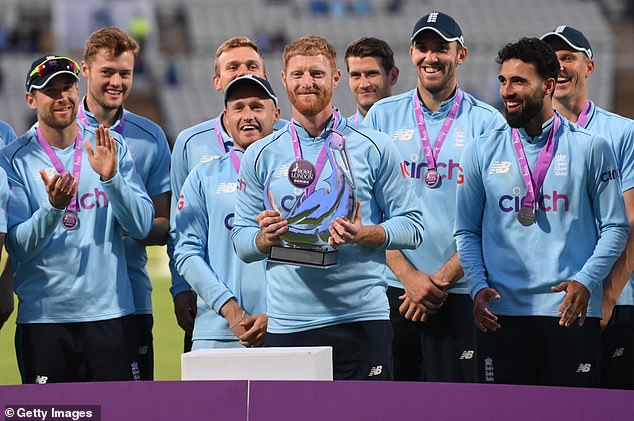 Ben Stokes, who led the team so successfully in Morgan’s absence, is rested ahead of the Test series against India, but Lewis Gregory – who helped England over the line on Tuesday night at Edgbaston – is retained, along with leg-spinner Matt Parkinson.

Meanwhile, Sam Billings has revealed he was one of four players from the original ODI squad to test positive for Covid-19. Like the other three, who remain unnamed, he will sit out the Pakistan matches.

Mahmood, though, now has the chance to build on the strong impression made during a chaotic week in which the pandemic forced England to take a look at their second- and third-string players – and which led to the suggestion from former England captain Mike Atherton that he might one day fill Stuart Broad’s boots at Test level.

‘I have read that, but you try to put it to the back of your mind,’ said Mahmood. ‘A week ago, no one was talking about me – I wasn’t part of the squad. Obviously, everything has happened very quickly, and I’m trying to take it in my stride. 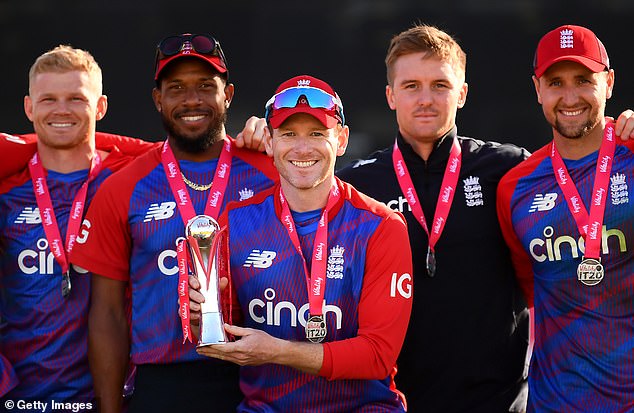 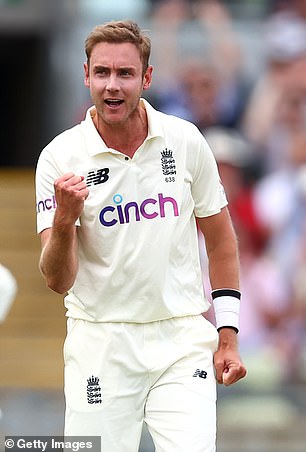 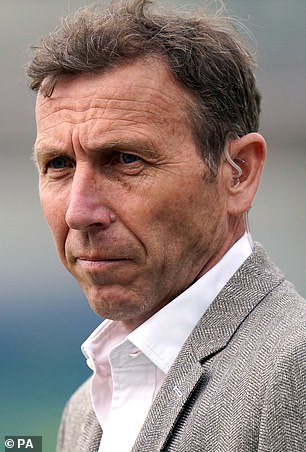 ‘Test cricket has always been right at the top of what I’ve wanted to do. I’ve managed to play a lot of first-class cricket this season for Lancashire on some pretty good Old Trafford wickets, which has helped my game massively.’

Saqib is just 24, but has already learned that pace alone will not trouble the world’s best batsmen. Against Pakistan, he pitched the ball up more and strove for lateral movement, twice cheaply dismissing Babar Azam, the world’s No 1 ODI batsman, before bowling 14 successive dot balls to him in Birmingham.

‘I feel like throughout the whole series, I was trying to attack him early doors, and I think he was slightly wary, and didn’t really try and play any shots up front,’ he said. ‘He only kicked on after I got taken off.

‘I’m very lucky to have Jimmy Anderson around at Lancashire. You see him day in, day out, and try to replicate what he’s trying to do. I think in the last six months or so I’ve changed that shift towards accuracy. I do possess some skills and have pace, but what the best guys in the world have is pinpoint accuracy.’ 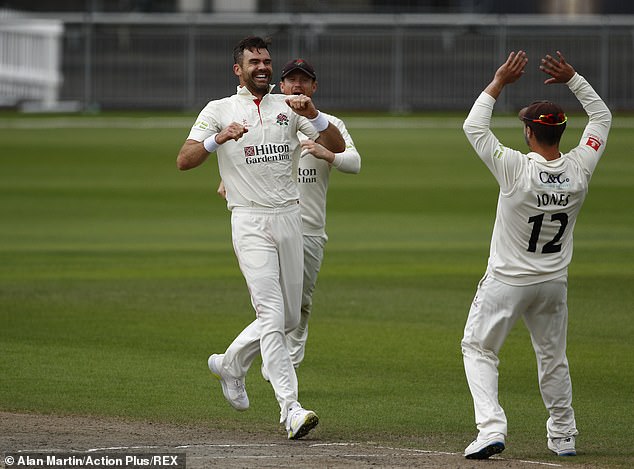