On a day when Joe Root restated his claim to go down as one of England’s Test greats, the shot of the innings belonged instead to Dan Lawrence, the 23-year-old debutant not known for his wallflower tendencies.

Lawrence had moved fluently to 27 on the second morning of the first Test when he went down on one knee to lift left-arm spinner Lasith Embuldeniya, the pick of a modest Sri Lankan attack, over deep midwicket. For a moment, he held the pose, as if keen to preserve the moment. He needn’t have worried: on this evidence, there will be plenty more flicks of the wrist for six.

The stroke brought up an important 50 partnership with his captain, of which Lawrence had 33. And while he tired a little towards the end of a richly promising 73, part of an eventual stand of 173 in 41 overs with his captain, that shot alone got to the heart of a young batsman who appears born to entertain. 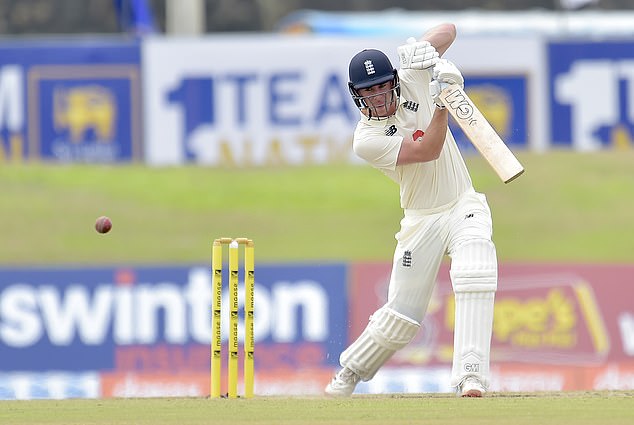 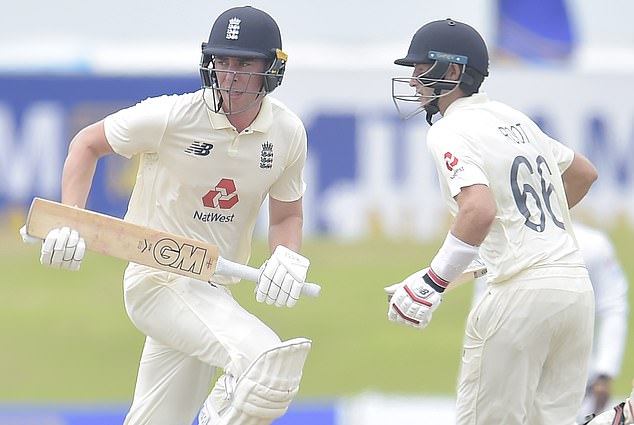 For those who saw him score 161 for his native Essex against Surrey at The Oval in April 2015, the confidence bordering on cockiness came as no surprise.

That day, Lawrence – aged 17 – became the third-youngest centurion in the history of the county championship. He received a congratulatory handshake from Kevin Pietersen, with whom comparisons will be plentiful in the years ahead, and immediately chuckled: ‘My old schoolmates were texting me saying, “We’re still at school, and you’re scoring runs at The Oval.”’

Nearly six years on, he is scoring runs in Galle, where he hit his second ball in Test cricket – a welcoming full toss from off-spinner Dilruwan Perera – through the covers for four, and generally batted with a vivaciousness that may well be in the genes. 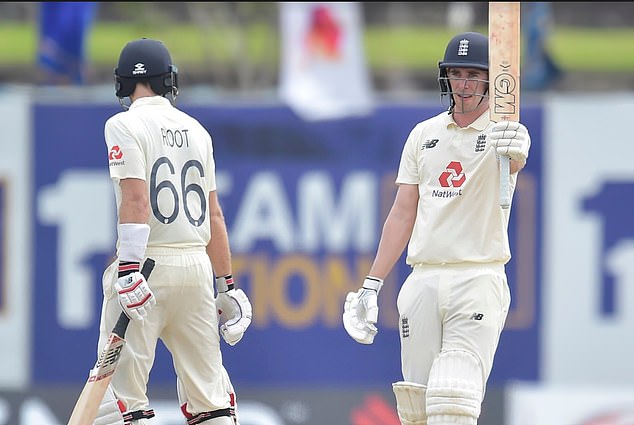 His father, Mark – groundsman at the Chingford club where Lawrence learned his trade – was certainly in mid-season touch during a radio interview with the BBC’s Jonathan Agnew.

‘It’s just unbelievable, absolutely unbelievable,’ he said. ‘It really is. The year the world has had, hopefully it’s cheered everyone up who knows him and loves him. It’s just amazing. I’m so pleased for the boy, because that is turning large out there.’

One of Dan’s brothers, meanwhile, is a wrestler, and styles himself ‘David Wreckham’, in honour of a more famous footballing son from that part of north-east London. The Lawrences, it seems, do not go quietly about their business.

Even before his Test debut, Dan had made a bit of noise. During England Lions’ successful tour of Australia a year ago, he hit 493 runs at 98 across the formats – outscoring his nearest team-mate, Dom Sibley, by 268. It was a trip that bore the fruit of a remodelled stance, which these days is stiller than most to avoid shuffling across his stumps and falling leg-before. 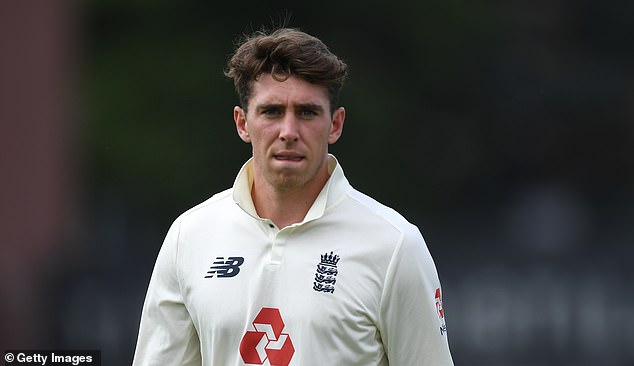 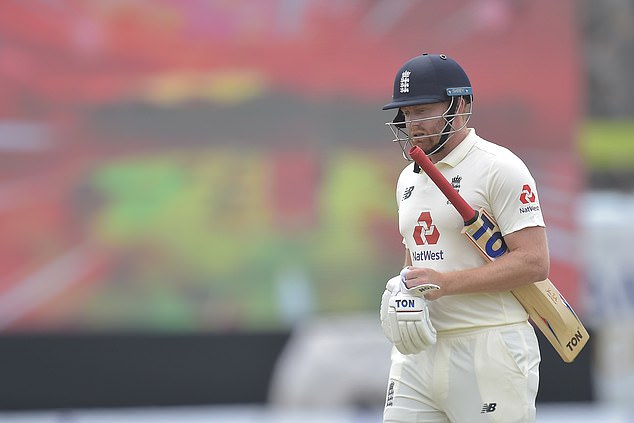 Jonny Bairstow, meanwhile, was dismissed on 47 after failing to add to his overnight tally

What stood out in Galle, though, was his ease at the crease – at least until he was dropped in the slips on 60 and 68. He even called into question his reputation for leg-side bias, regularly forcing the bowlers through point and the covers, and deprived of more bang for his buck only by a slow outfield.

Tougher challenges lie in store this year, with nine Tests against India, two against New Zealand, currently top of the rankings, and the quest to regain the Ashes.

But Lawrence has made a good start, possibly at the expense of the batsman he passed on the outfield in the day’s second over. Jonny Bairstow had failed to add to his overnight 47 when he prodded Embuldeniya low to gully, then had to watch as yet another middle-order rival scored runs that might have been his.

With Ollie Pope on the mend from shoulder surgery, and Ben Stokes due to return too, England’s Test batting line-up may soon be overflowing. At the start of one of their busiest years ever, it is the kind of problem a captain loves.