Trainer Kevin Ryan says old favourite Brando is ready to answer his critics once more as he heads to the Chipchase Stakes at Newcastle this weekend.

Brando, now nine-years-old, looked to be running a big race in the Duke of York Clipper Logistics Stakes in May but broke a blood vessel, eventually finishing down the field in eighth.

After heading to the North East, Brando could return to the July Cup at Newmarket – where he was a battling sixth last season – but Ryan is hoping for softer conditions.

Ryan told Sky Sports Racing: “[Brando] was running a big race at York, travelled into it and then burst a blood vessel.

“He tends to do it once a year. Unfortunately it was at the races. He’s done it before at the races but he’s also done it at home.

“He was perfect after and has been in great form since. We’ll run at Newcastle. He takes runs close together and there’s enough time between now and the July Cup. It’d be a shame to miss Newcastle and then the ground come up too quick for him at Newmarket.

“You never write Brando off, just look at the race he ran on Champions Day last year. He always answers his critics.”

The four-year-old, who had come home sixth in the Doncaster Mile Stakes on his reappearance, now has Group-level targets to aim at, including the Juddmonte International at York.

“There’s a Group Two at the July meeting at York which will probably slot in nicely for him,” Ryan said.

“We are making an entry for him in the Juddmonte. He’s up to 114 now with his rating so if he keeps progressing we might get back up to that level with him. He deserves the entry anyway.

“He’s absolutely bouncing. He lost very little weight so he took the race very well and was straight back on his food so we’re very happy with him. 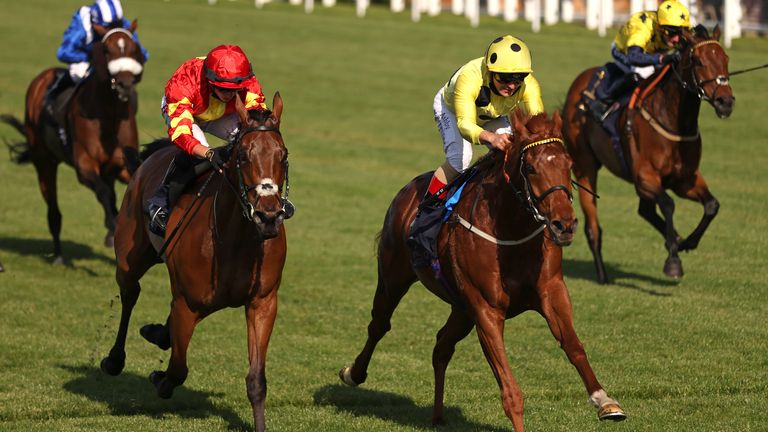 “We’ve always had a lot of faith in him. For him to bounce back at Royal Ascot, especially in Sheikh Mohammed Obaid’s colours, who has been a great supporter of mine and of the yard, it gave me a great thrill.

“Going to Doncaster he was looking very well and I thought he had a big chance. He travelled well and just didn’t gallop out through the line.

“I was disappointed so then we investigated and found he had a little bit of a wind problem. We sorted that and the result is we’ve got the horse back to somewhere near his best.

“The horse has got his confidence back and hopefully now he’ll go the right way.”

Significant Royal Ascot absentee Glass Slippers, who missed the meeting after being reported stiff on the gallops, is back in work and heading to Goodwood next. Also Goodwood bound are Hey Jonesy [sixth in the Wokingham Stakes] and Boonie [third in the Windsor Castle Stakes] after their creditable efforts at Royal Ascot.

On Glass Slippers, Ryan said: “We’ve been terribly lucky with her all through her career, she’s been a very sound filly. I owe her an awful lot more than she owes me.

“I wasn’t going to take any chances with her. It’s a long season left. We’ll get her ready for Goodwood and look forward to the second half of the season with her.

“Within 24 hours she was perfect and back cantering. It wasn’t meant to be but there’s no point getting old if you don’t get wiser. 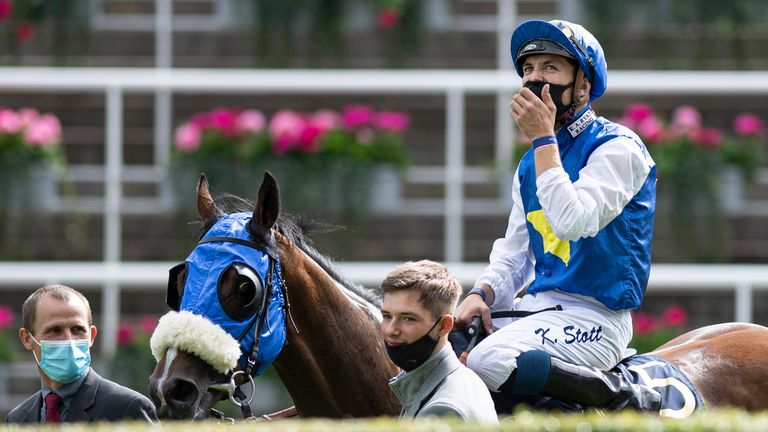 “[Hey Jonesy] ran great. He’s a bit of a character and you don’t know which Jonesy is going to show up.

“I try and confuse him more than he confuses me but it often works vice versa. We tweak his work to keep him interested.

“He’s put two good runs back to back now, which is not usual for him. Meghan [Nicholls] gave him a great ride and I think he gave her a great thrill.

“He’s getting an entry in the Stewards’ Cup [at Goodwood] and that will be the obvious way to go. It gives him a nice bit of breathing space to get him fresh and well again. Mind you, he doesn’t take much out of himself at home so he’ll freshen up quickly.

“If he turns up in the same form as Ascot, he should run a big race.”

On Boonie’s promising run at Ascot, Ryan added: “I wasn’t surprised. I ran him at Musselburgh because he got so fresh and I thought we need to get another run into him. I’m glad I did because he ran a bit fresh at Ascot.

“Adam [Kirby] hadn’t intended to take a lead on him but he hit the gates that quick, he couldn’t get him back.

“He’s a horse we quick an awful lot of. He’s an ideal type for the Molecomb at Goodwood.”