Home » Sports News » Is Root the best English batsman ever? Our experts have their say

Is Joe Root the best English batsman ever? He may have passed 10,000 runs and taken his form to dizzying heights with centuries in successive tests, but just one of our experts reckons so as they take their pick

Joe Root has taken his batting to dizzying new heights with centuries in successive Tests against New Zealand, and passed 10,000 runs in the first Test at Lord’s.

But is he now the greatest? 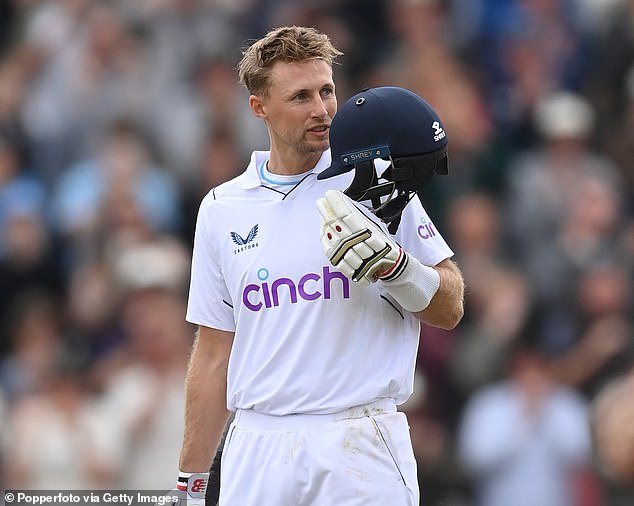 From those I’ve seen, Root has reached the summit now

I’m selecting from those I have seen and, yes, Joe Root has gone to the top now. He has just taken his game to exceptional levels in difficult circumstances over the past 18 months.

Joe has this great rhythm and looks to score all the time in a beautifully controlled way.

Now he is regularly converting half-centuries into three figures, he will go on to break Sir Alastair Cook’s England record and who knows how many others.

Next comes my old Essex captain Graham Gooch. Some of the knocks I saw him play were unbelievable. He was a tough, over-my-dead-body batter and was ahead of his time.

Then comes Cook, a run machine I saw progress from the Essex second team to become England’s leading runscorer. He knew his areas of scoring and his mental toughness was second to none.

At four is my childhood hero David Gower. He was so elegant and graceful. I’d heard about his timing and seen him on TV but then I played against him at Leicestershire and he just leant on one and before I moved at cover point it hit the boundary.

That Twitter account, KP Genius, summed up Kevin Pietersen because that’s what he was. He would play remarkable innings and would target the opposition’s best bower. KP was incredibly watchable, too. He completes my five. 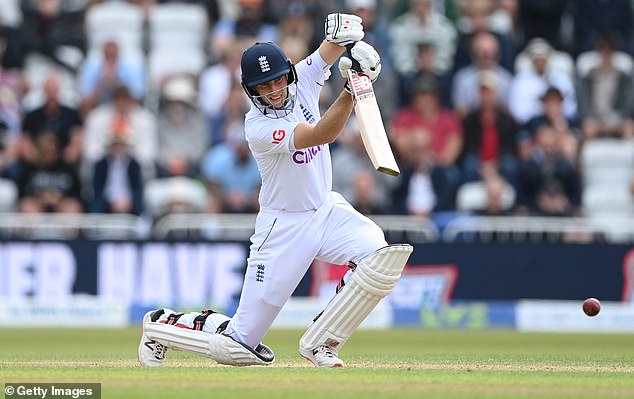 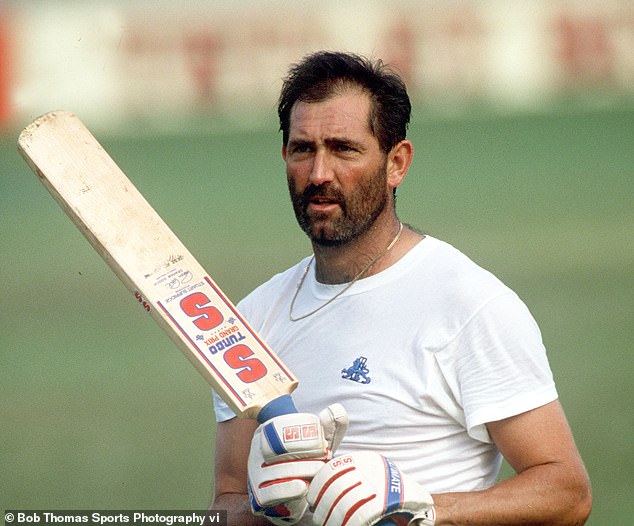 There are so many I could select from those I’ve seen – and I’ve seen a few – and it’s very hard to separate them. But the best English batsman I’ve watched is Pietersen.

He was just a box-office player, so commanding and a real presence at the crease. He could change gears and win a game and had a wonderful arrogance about him that demanded you watch.

I had great admiration for Gooch, who transformed himself from a dasher to one of the best there’s been. Immensely brave and ahead of his time in realising you had to get yourself as fit as possible. Gower was masterful. He captured the imagination and was poetic, really, all finesse and touch.

In a game that is changing rapidly, Root is now a combination of all those I’ve mentioned. Joe is a modern great who is going to get better and better. 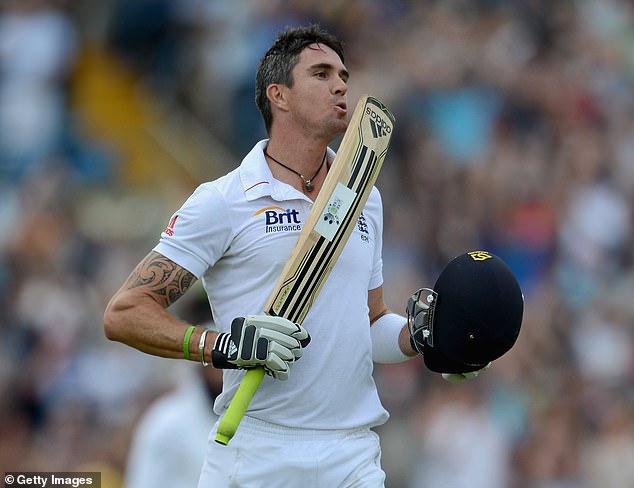 Kevin Pietersen was a box-office player; commanding and a real presence at the crease

If it wasn’t for Bradman, Hammond would be No 1

This is not an easy task, and several greats can feel miffed: Herbert Sutcliffe, Denis Compton, Peter May, Ken Barrington, Gower, Gooch, Cook. 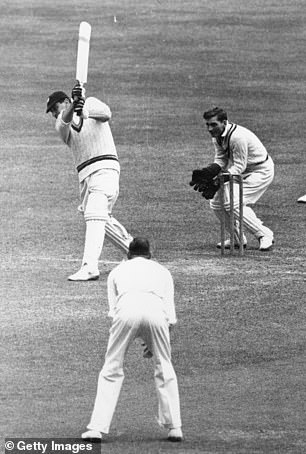 If it hadn’t been for the freakish Don Bradman, Wally Hammond (above) would have been the best batsman in the world

If it hadn’t been for the freakish Don Bradman, Wally Hammond would have been the best batsman in the world. On his first Ashes tour, in 1928-29, he made four centuries, totalled 905 and averaged 113. Only Bradman, a year later in England, has scored more runs in a Test series.

Jack Hobbs, ‘the Master’, played Test cricket across four decades, and scored 100 first-class centuries after turning 40. So good for so long, he is unignorable.

For a while, Len Hutton held the record Test high score – 364 against Australia at the Oval in 1938, when he was just 22. The date matters: had the war not robbed him of six summers and seven winters, his record – nearly 7,000 runs at 56 – would be off the chart.

Root has leapfrogged into the top five because of his feats since the start of last year: 10 Test tons in a mainly struggling side. Cook’s England-record tally of 12,472 will soon vanish. Pietersen was a trend-setter who played some of the great modern innings. Three in 2012 alone would challenge for an all-time list – Colombo, Headingley and Mumbai.

Nobody can surpass my cricketing hero Gooch

Like Nasser and Bumble, I’m sticking with those I’ve seen and even though I’ve been privileged to follow the careers of Root, Cook and Pietersen in their entirety nobody can yet surpass my cricketing hero Gooch.

Just the brave way he dominated some of the best bowlers of all time and made the very most of his ability. A visionary in terms of fitness and a man who did and still does care passionately about English cricket.

Of the modern batsmen, yes, Root is No 1 now – I didn’t think I’d be saying that a couple of years ago but we are watching a true great.

I have enormous admiration for Cook, and Pietersen was a pioneer in so many ways. I still say England were right to cut him loose when they did but, crikey, it was good while it lasted.

And Ian Botham deserves to be there ahead of some who have scored more runs because of Headingley and Old Trafford 1981 alone.

Give me another couple of years watching Joe in this all-action England side and he may just knock Gooch off top spot. 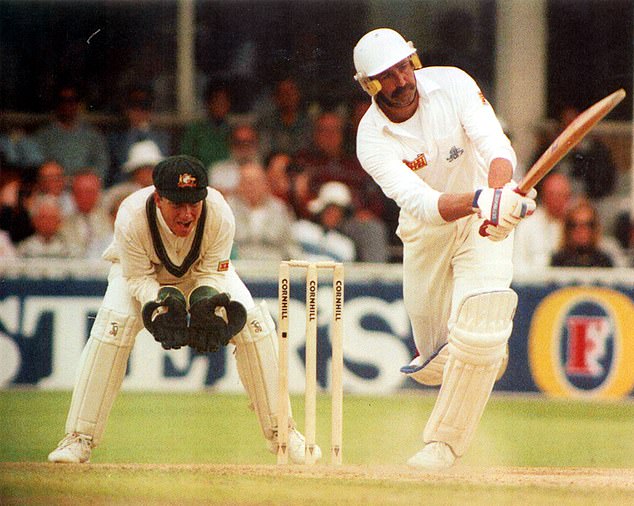 For Paul Newman, nobody can surpass his cricketing hero, Gooch (R), who was a visionary

In terms of history and heritage, it has to be Wally

Is Root the greatest England batsman of all time? Well, certainly of modern vintage. The numbers tell you as much.

And with the cares of captaincy removed, it is only a matter of time before he surpasses Cook in terms of runs (12,472) and hundreds (33). Keep up the rate at which he has scored in the past 18 months and he will be there by Christmas 2023. 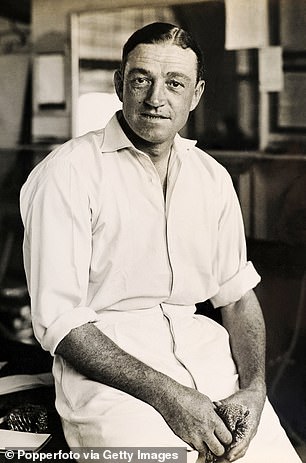 Hammond is also Richard Gibson’s pick, such was his ability to combine power and style

But if I’m taking a historical perspective, and respecting the game’s rich heritage, it has to be Hammond. A player who combined power, style and mental agility to take on the best and excel. Remember, he went to Australia in 1928-29 and churned out 905 runs in five Tests.

Over a career of 85 Test appearances, it was even money if he transformed 50s into hundreds and he arguably suffered for being a contemporary of Donald Bradman and the comparisons that brought.

The others to make my top five are two men who averaged 56 apiece in Hutton and Hobbs, and Pietersen.

In an era of uncovered pitches, Hutton was renowned for his technique as an opener, Hobbs was known as the ‘master’ for his devotion to the craft of batting and Pietersen should be remembered for the huge influence he had on England’s results – both across Ashes and in India – and for changing the way players in this country thought about constructing Test innings.