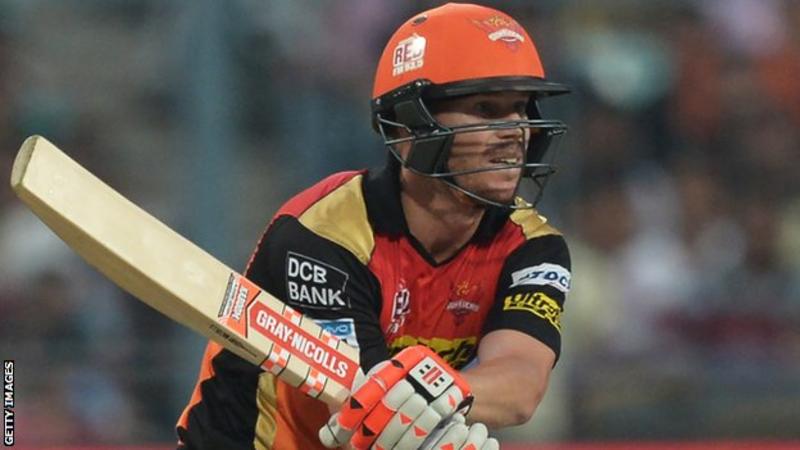 Australia’s David Warner has been reinstated as Sunrisers Hyderabad captain, two years after stepping down because of his international ban for ball-tampering.

He returned last year, but New Zealand’s Kane Williamson was retained as captain.

“I’m extremely grateful to be given the opportunity to lead the team once again,” he said.

Warner added in a video announcement on the club’s official Twitter account: “I’d like to thank Kane for the way that you led throughout the last couple of years. You have done an outstanding job. I will be doing my very, very best to try to lead us to once again lift the IPL trophy this coming year.”

Sunrisers made the 2018 final under Williamson, but lost to Chennai Super Kings. They were beaten by Delhi Capitals in the eliminator last season.

Australia’s former vice-captain Warner, captain Steve Smith and opening batsman Cameron Bancroft were all sent home from their 2018 tour of South Africa after admitting they devised a plan to tamper with the ball using sandpaper.

During his ban, Warner played T20 franchise cricket in Canada, Bangladesh and the Caribbean, and grade cricket in Australia.

After returning to the IPL, Warner went on to play for Australia at last year’s World Cup in England and was part of the Test team that retained the Ashes.

He recently starred in Australia’s 2-1 T20 series victory in South Africa, scoring 57 in the decisive match at Newlands.